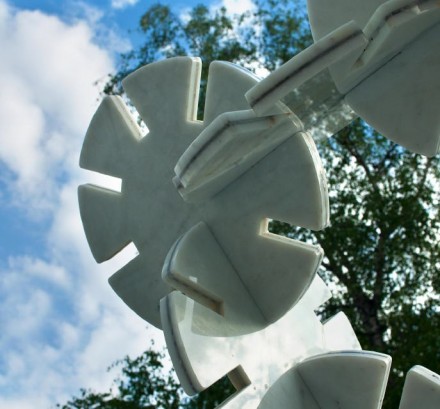 (August 2012) The title under which the major trade associations of Turkey’s stone industry presented themselves, namely „Thus Spoke the Marble: The Journey Alters You“ is worthy of explanation: the operation is a marketing project involving 9 international designers and their ideas for the use of Turkish marble in architecture for interior design. The aim was also to prove the high level of the Turkish stone industry.

Artistic expectations were high: designers were expected to „reveal the material’s symbolic and spiritual power“ according to a press release. The starting position was marble’s constant role as a loyal companion throughout the ages growing to that of a wise man with all the accumulated knowledge.

Just such a wise man was Zoroaster also known as Zarathustra, who lived some 3000 years ago and played an important role in countries ranging from what is known today as Turkey to India. The philosopher Friedrich Nietzsche (1844-1900) chose the distinctive title „Thus Spoke Zarathustra“ for one of his seminal works. 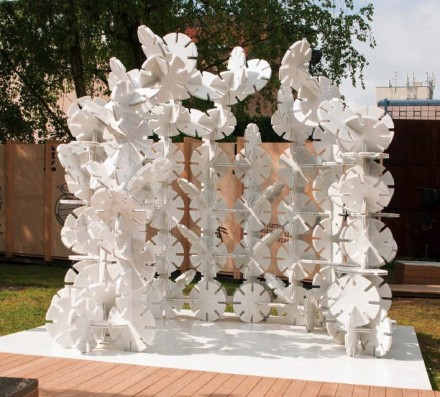 „Love’s Gazebo“ is the name given to the garden house qua play house by designer Werner Aisslinger of Germany. The 200 or so pieces, weighing a total of 10 kg each, are made of two slices of White Kavaklidere Marble with a layer of aluminum sandwiched in between for stability and lightness. 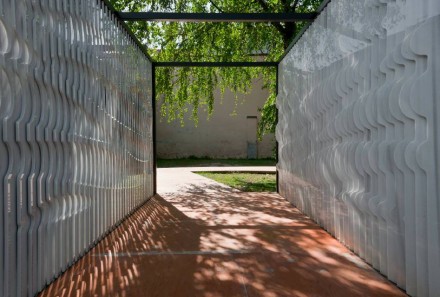 „Recollection“ by Can Yalman of Istanbul is made of two juxtaposed Marmara Marble walls which make up a sort of yin and yang. They are comprised of some 40 plates each 250 x 25 cm and 2 cm thick. The floor is meant to be in Alexandrette Black but in our photo it is wood.

„Unity“ by Birsel + Seck (Turkey, France) is made of some 200 octagonal pieces of Kemalpasa White Marble set in 10 rows to form a dome like many in Turkish cities.

„Suspense“ is the name given to a table by James Irvine not standing but suspended. The piece of furniture is comprised of a plate of Deep Blue Marble. The roof above is marked by long stripes of White Onyx. The entire element is meant to convey a Mediterranean lifestyle.

„Enlightenment“ is a type of labyrinth by Alfredo Häberli of Switzerland. In walking through the rooms beholders passed pillars of a variety of sizes and in a range of types of stone. 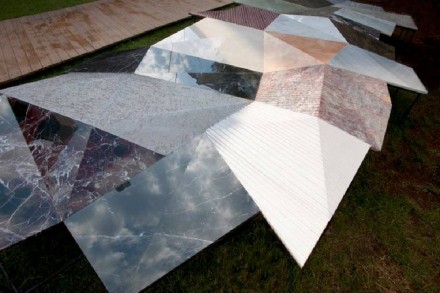 „Vistas“ by Spanish designers El Ultimo Grito represents an auspice over a feathered landscape. It is a resting place made up of triangles in a variety of heights. 15 types of marble served as the under-construction in a variety of surface finishes. 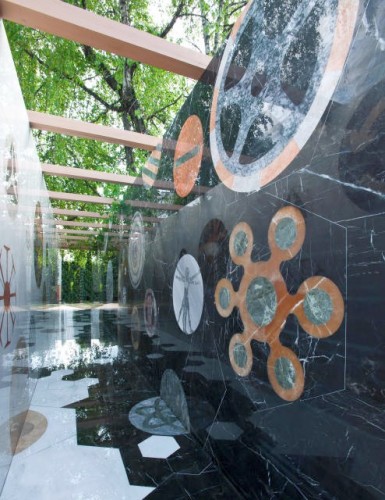 „Excitement“ by Richard Hutten of the Netherlands is a wooden transport box designed as a 10 m long narrow corridor. Walls and floor are clad in stone with intricate inlay for which some 20 types of marble were used.

Demirden Design of Istanbul designed a banquet table made of Kavaklidere White marble for the table top and Black Pearl as a floor covering. The designers dubbed their work „Celebration“ reminiscent of Mediterranean hospitality and sharing of food among numerous guests. 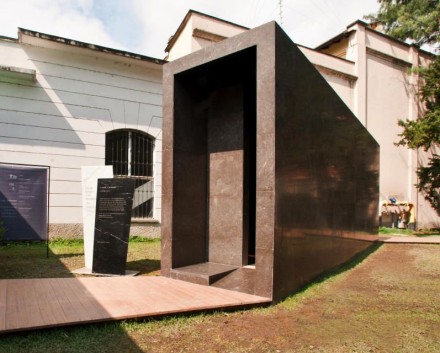 „Finality“ by Emre Arolat (Turkey) was a dark meander through walls in Dark Olive Marble and Onyx flooring.

The musicians, too, adopted the motto „Thus Spoke Zarathustra“. Richard Strauss (1864-1949) composed a famous symphonic poem by the same title. Eumir Deodata interpreted it in an up-to-date rock version in the 1970’s.