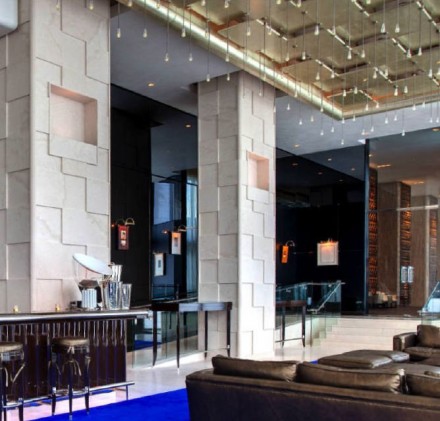 (August 2012) Natural stone tiles of a very different kind were implemented in constructing Miami’s Mr Chow Restaurant. This noble address in South Beach’s „W“-Hotel was built according the rules and principles of Feng Shui. This means, e.g. that stone tiles needed to conform to unusual specifications. Spanish Crema Beida limestone was used supplied by Marmol Export of Florida, which exports globally.

In a nutshell, Feng Shui is all about making positive energy (Chi) flow, which, in turn, activates harmony among people and all over the world. In the case of the Mr Chow Restaurant, designers also leaned on Chinese numerology: the floor tiles measure 26” x 26”, because 26 stands for „easily profitable“, at least according to the Marble Institute of America (MIA), which awarded this year’s Pinnacle Awards.

Of course: the digit sum of 26 is 8, the uncontested Chinese lucky number – which is why we chose not to convert the measurements into cm.

The tiles on the bar pillars measure 17” x 17” and are arranged in 3 rows bringing the numbers 1, 3 and 7 into the game. They represent „unity, growth and security, respectively“, according to MIA. 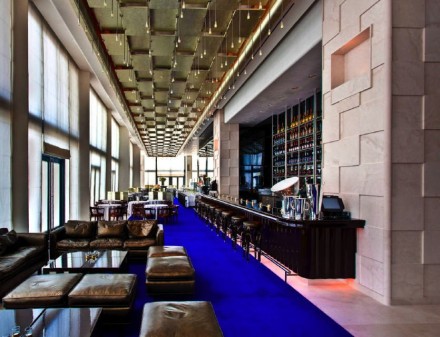 For those not fluent in Feng Shui, here are two more details: the tiles are arranged in such a way as to draw rising and falling lines across the pillars which are meant to keep positive energies flowing and accessible. To keep the energies in the room the edges of the tiles are rounded and there are no sharp edges along the pillars. Back in Spain, the location of provenance of the stone, blocks of near uniform size were chosen.

Mr Chow is a chain of luxury-class restaurants with illustrious addresses. Vogue magazine once wrote: „Michael Chow is to restaurants what Andy Warhol was to art, what Mick Jagger is to rock’n roll.” 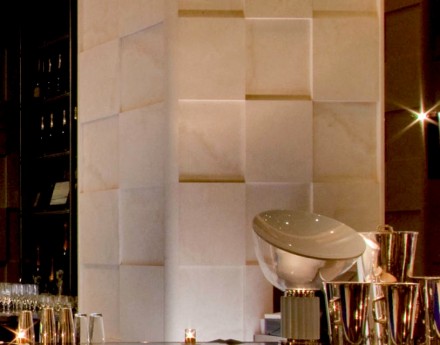 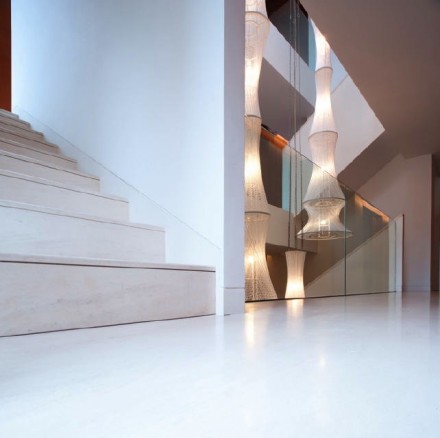 They can be found in warm climates all over Asia: shophouses, open to the front, containing a small restaurant or workshop, with up to 6 stories of tiny homes above. 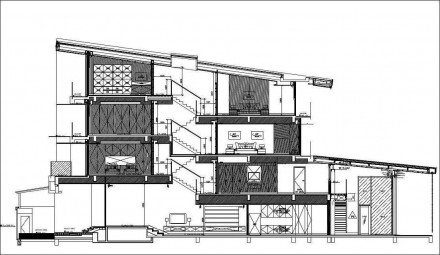 In the town of Samutprakarn near Bangkok ERA Studio architects joined two such shop houses to a single unit and clad the interior in natural stone – the noble variety of shophouse in well-to-do areas. The address is Sukhumvit 22. This project also won a MIA Pinnacle-Award.

To achieve optical unity the stairwells, handrails and flooring along the corridors were designed in white limestone. 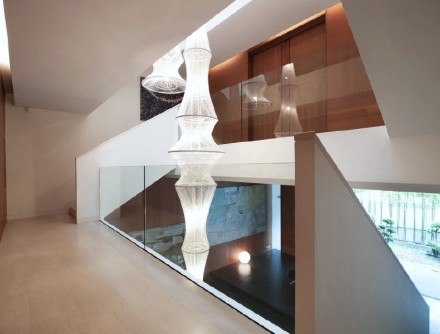 The light color intensifies the daylight streaming in from above. 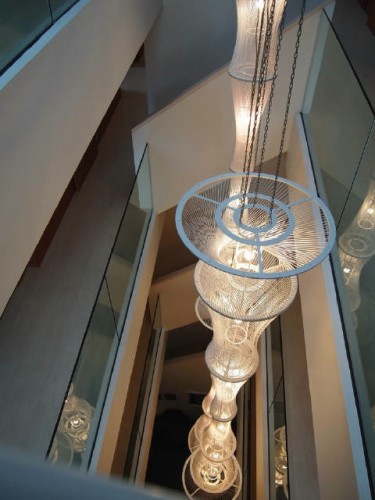 For the bathrooms in the flats two types of stone are used: a light limestone and contrasting dark basalt both similar in surface structure enhancing the harmony of the building.

Stone was provided by Stones and Roses of Samutprakarn. 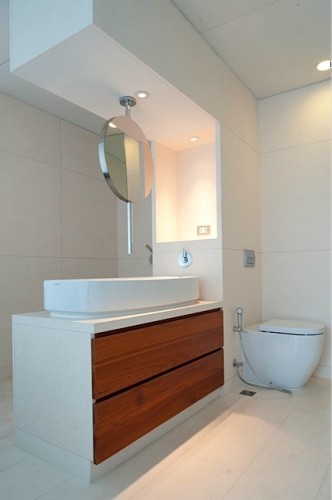 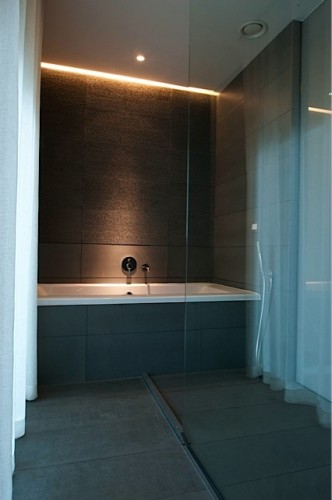 Pinnacle Awards are given by the Marble Institute of America (MIA) for unusual stone projects. Only MIA-members were eligible to participate in the competition. 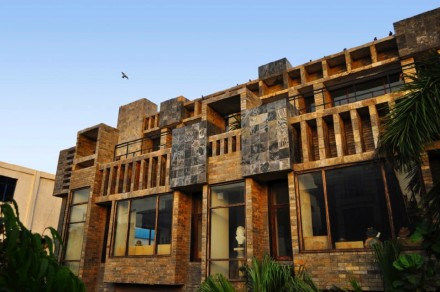 The All India Stone Architectural Awards (AISAA) was distributed for the third time. The ceremony took place during the Global Stone Technology Forums (GSTF) in December 2011 in Jaipur. A total of 72 submissions of buildings with natural stone from all over India competed – a sharp increase as compared to the 29 submissions in the starting year.

But there was only one award-winner this time: competing in the category „Exterior Facings“ K Bij, founder of the Design Plus Architects of New Delhi took the prize for the new company headquarters of Noida’s Natco Company. The jury praised the manifold uses of natural stone.

Natco is among the country’s leading stone exporting companies. The façade is clad in dark slate in a variety of polishes. There was no offal while mounting the stone as the tiles are of different sizes according to a press-release. The interior has granite flooring.

Natco has a design subsidiary named Odyssey whose showroom also residing at the same address. 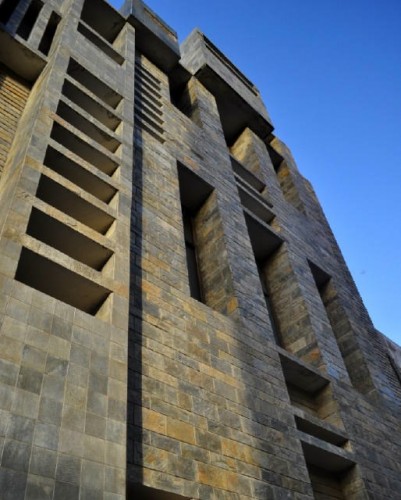