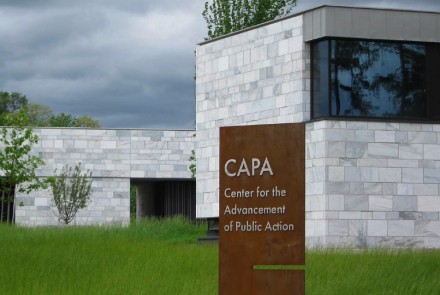 (September 2012) The branch needs to emphasize the singularly distinguishing factor of recyclability of natural stone, as expounded in a previous publication. True, this is easier said than done since architects and landlords alike often strive for a homogenous appearance of façades. Reclaimed material, albeit, is not suited for this aim.

An example of creative implementation of remnants now comes from the USA where Vermont’s Bennington College erected a Tucker-Design-Award-winning new building complex.

The façade of the Center for the Advancement of Public Action (CAPA) was clad exclusively in reclaimed or recycled marble won from abandoned quarries, material storage and production offal. 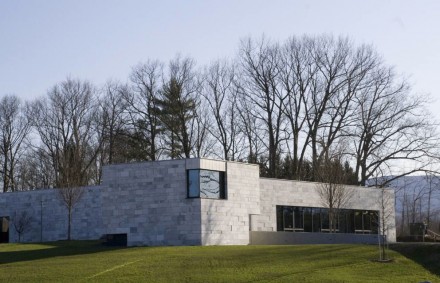 A look at the concept behind the CAPA-Institute explains the motif: as the institute’s name implies, its raison d’être is all about how the public can help solve today’s global challenges. In short: new ideas are the central theme.

So it was easy for New York-architects Tod Williams and Billie Tsien to convince the contractor of the need to use recycled material. Also the use of local marble fit into the concept, as Vermont marble production wrote part of the state’s history: Vermont’s stone industry in the North of the USA supplied many an important building along the East Coast with building material. Also the material is known for its resilience to the elements.

In an unprecedented co-operation between a number of stone producers, some 14,000 square feet (around 1,300 m²) were collected. The palate ranged from raw blocks complete with evidence of the quarrying process to slabs long forgotten in some industrial yard, all the way to fragments of all sorts and sizes.

One of the main challenges was breaking the heterogeneous seminal material down to a standard size at an affordable price.

In a second step the 3”-thick (~ 7,60 cm) pieces had to be sorted according to structure and color. To this end the pieces were laid out in a warehouse near the building site to facilitate sorting and combining. Each piece was then given a number. 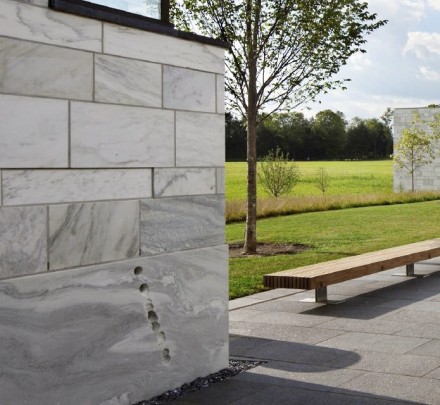 Three particularities in design are worth special mention. „Picture stones“ originating from blocks complete with quarry tool marks were incorporated in each of the three buildings. 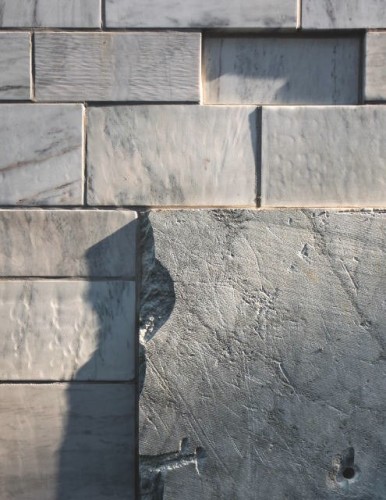 Each building has its own „picture stones“. 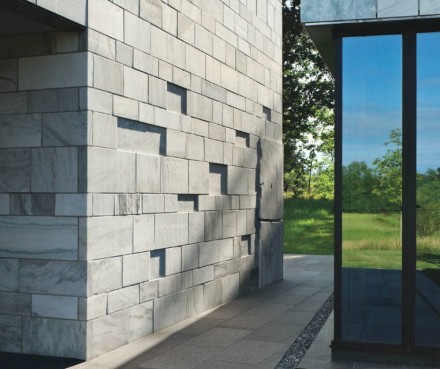 Receding stones were used to break the monotony. 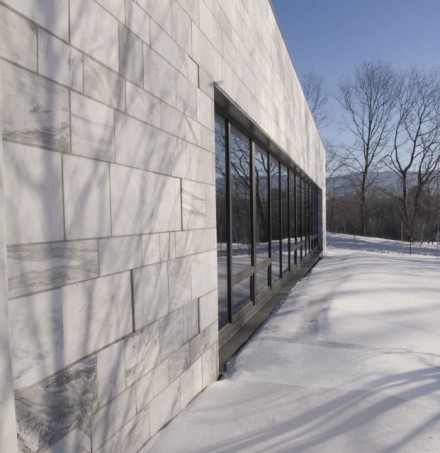 And finally, breaking with the homogeneity of polished façades, weathering was incorporated in the buildings’ design. The stone’s appearance changes when wet, and its reflection is different in winter as compared to the summer-look when surrounded by green meadows.

Surfaces are rough-honed only helping to keep costs down and documenting for all to see the CAPA-Institute’s dedication to change.

Three months were needed to sort the stone and four more to install the façade in a joint venture of Walker Zanger, Gawet Marble & Granite and Champlain Masonry.

The project won one of this year’s Tucker Design Awards. The awards are distributed biannually by the US-American Building Stone Institute. For a detailed report on all the prizes see the Institute’s online magazine.

Michael Reis addresses an interesting question in his article on CAPA in the US trade magazine Stone World: What, exactly, is high-quality stone? Can appearance alone be the decisive criterion?

Here are two of this year’s twelve award-winning projects. 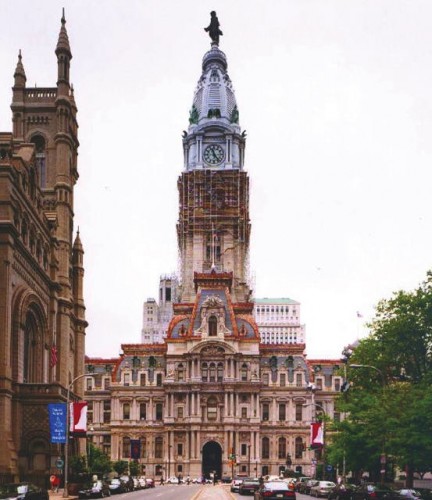 One of the Tucker Design Awards was given for the restoration of Philadelphia’s City Hall. We show photos before… 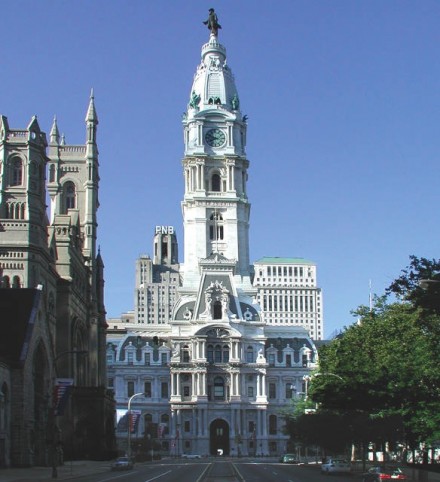 … and after the restoration. 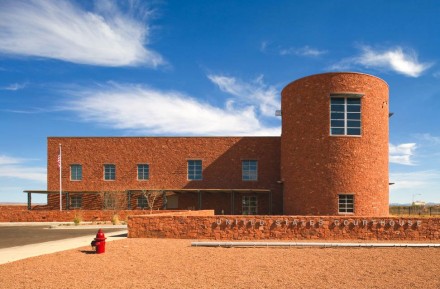 One of the awards was given for the Courthouse in Texas city of Alpine and its integration into the local climate.