Design: building a turret by the way 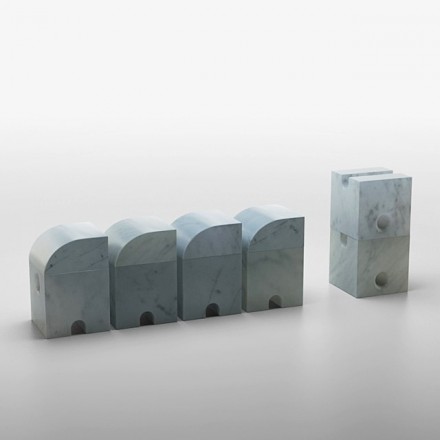 (September 2012) „Alpha Beta Gamma“ could conceivably be a therapeutic tool, i.e. for speculators or bankers during times of financial crisis. Whenever stocks plummet they could build little mews, towers or factories with the help of their building blocks. This could have a calming effect since some effort is required as a single block weighs 1 kg. We jest, of course, as far as the purpose of the blocks is concerned. 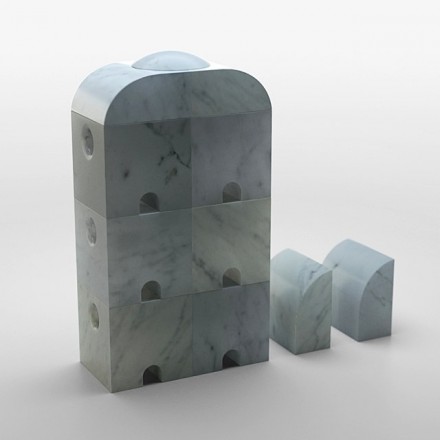 Milan’s Emanuele Pizzolorusso is the designer. He developed „Alpha Beta Gamma“ as a creative pass-time as he writes: „I was thinking of sculptures that can be changed again and again.“ 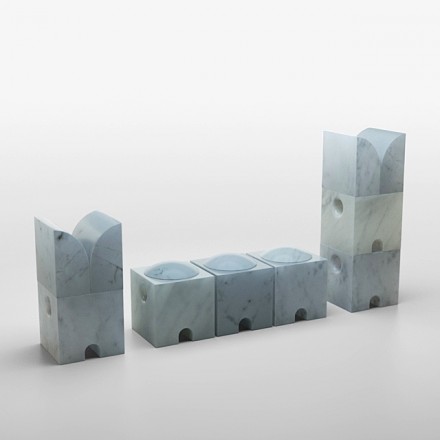 The building-blocks come in a set of 6 cubes, 4 rectangles with rounded edges and 3 shallow dishes. Some have recessions which can emulate windows or doors. The cubes measure 10 x 10 x 10 mm.

Pizzolorusso created the blocks in a limited edition at a price of 1,900 € / set. 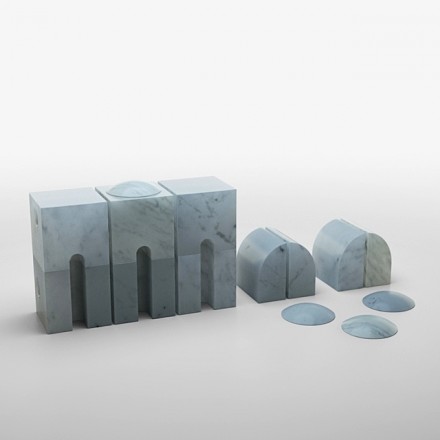