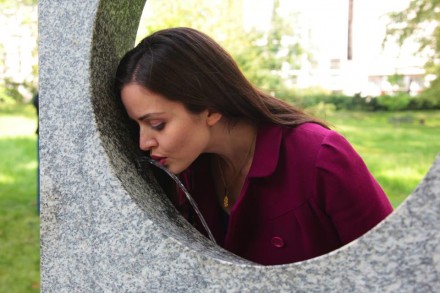 (September 2012) „Watering Holes“ is the name of a new drinking fountain installed in London’s Royal Parks where man and animal alike kann quensh their thirst. Designed by Robin Monotti Architects with Mark Titman, who won the competition against 129 institutions across 26 countries. Precondition for the successful entry was sturdy, robust design combined with the ability to „enhance visually“ according to a press release. 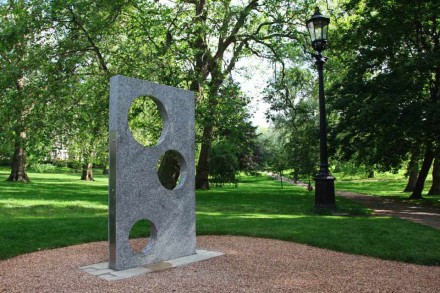 „Watering Holes“ accomplishes this mission. With 800 kg of Cornish Granite the drinking fountain could easily have passed as a modern sculpture. And it is functional having a spout for children and handicapped visitors in suitable hight with on-off switches within reach. The fountain can be used and admired in Green Park. 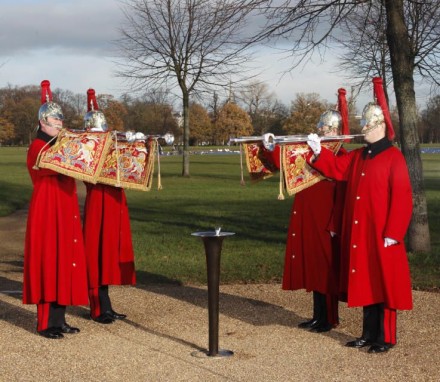 „Trumpet“ ist he second award winner, this one by Moxon Architects. It can be viewed in Kensington Gardens. Our photo shows the inauguration a few months ago.

There are some 35 drinking fountains in 8 Royal Parks in London demonstrating a wide palate of design ideas. New York’s Tiffany & Co Foundation sponsored the drafts and maintanance with an endowment of 1.2 million US-$. 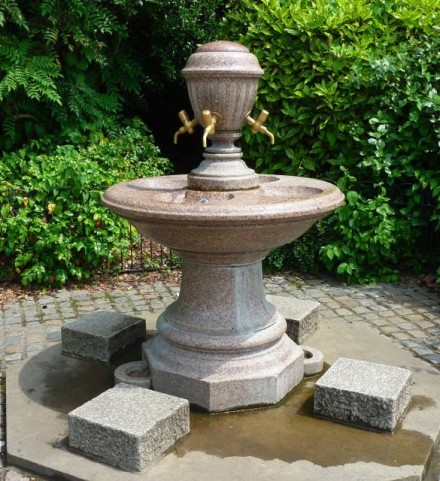 This drinking fountain in Regent Park’s near Hanover Gate is made of granite only. 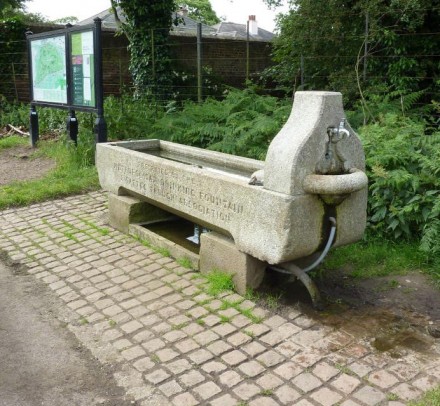 Looking somewhat akin to a watering trough, our photo shows the Ladderstile Gate fountain in Richmond Park before restoration. Note: drinking water comes out of the faucet not from the pool! 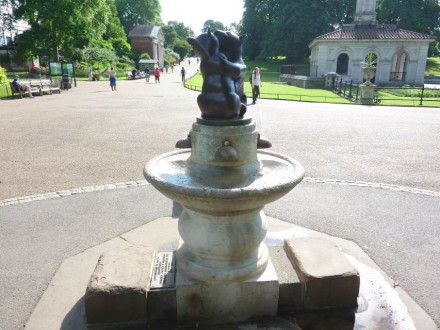 Kensington Gardens‘ „Two Bears“ fountain depicts two bear cubs in a playful show of strength. It was built in 1939 at the occasion of the Metropolitan Drinking Fountain and Cattle Trough Association’s 80th anniversary. 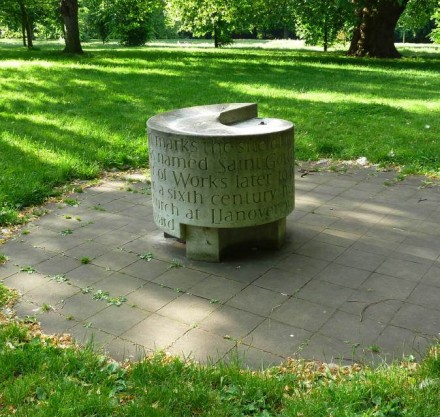 „St. Govor’s Well“ is inauspiciously situated in Kensington Gardens. Made of 100% natural stone it is reminiscent of a metal waterdispenser as might be seen at airports or train stations. 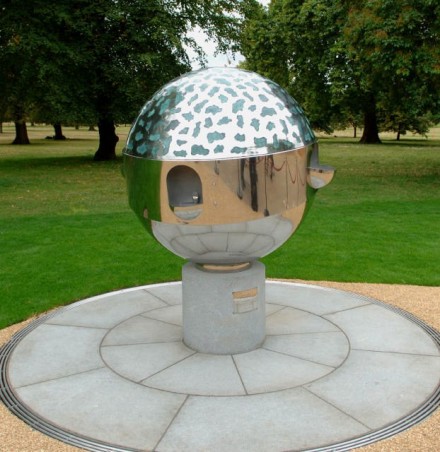 „Freeman Familiy Fountain“ in Hyde Park, by contrast only has a stone pedastal. It has 4 drains in various hights and a filling spout for bottles. It was named after the sponsor. 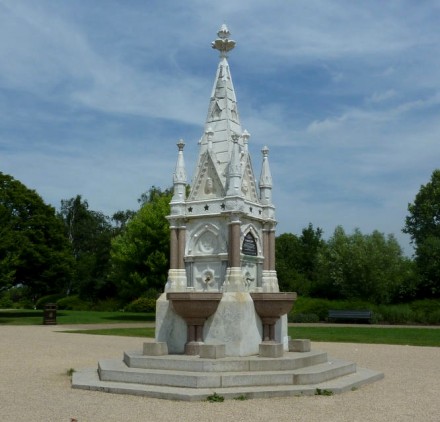 Regent Park’s „Ready Money Fountain“ is awe-inspiring with its 10 t of Sicillian marble and 4 t of Aberdeen Granite. It is the largest drinking fountain in London. It owes it’s name to the Indian industrial tycoon Sir Cowasji Jehangir Readymoney, nicknamed „Ready Money“ who donated the fountain to the British people. 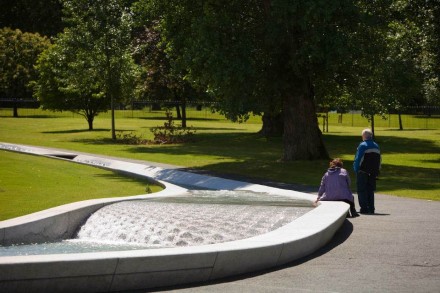 And last but not least we turn to Hyde Park’s „Diana Memorial Fountain“. 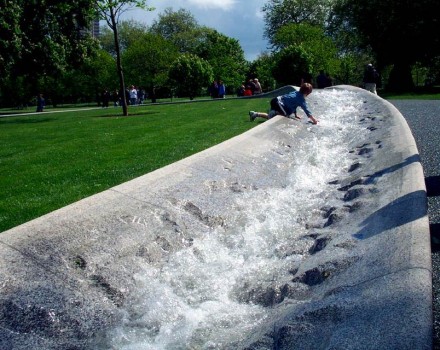 It is not a drinking fountain but rather a double watercourse comprized of 545 pieces of Cornish Granite: The water passes a series of rapids and whirlpools along two paths before coming to rest at a lower level. It is meant to symbolize the life of the Princess of Wales and her open character. It was designed as a memorial by US-American landscape architect Kathryn Gustafson.

Drinking fountains are not merely thirst quenchers and eye catchers for visitors to the parks. They also help reduce plastic bottle debris. This is the declared aim of the portal Find a Fountain which shows the location of the nearest water fountain or source in London.