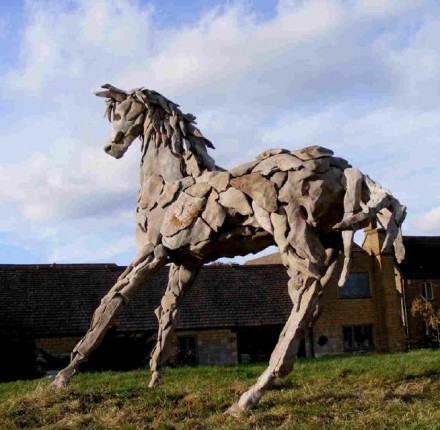 (October 2012) Toward the end of the winter, when walking through the countryside around Bath in Southern England, one might well encounter a character traipsing to the edge of a field, digging up some rocks, carefully scrutinizing them and then packing them in his rucksack. From a distance one might assume that the rocks will be needed to erect a dry wall somewhere close by. And, in fact, Duncan Elliott describes his art as „dry stone walling in extreme“.

Just as the rocks in the wall stay in place as a result of perfect fit, the rocks used for these works of art also must fit perfectly into position. 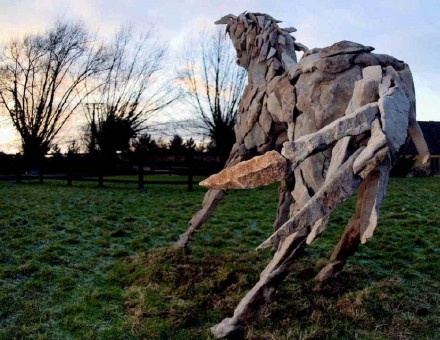 We describe „Wild Arab“ as one of his masterpieces. 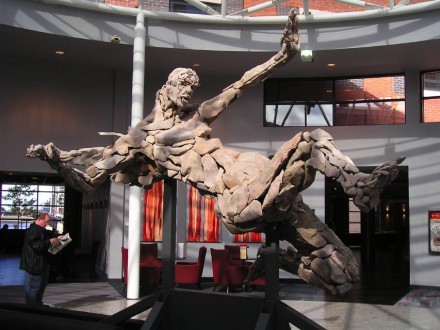 Already at first glance one can hardly overlook what is most important to Elliott: „I want to create movement“, he repeats over and over during the course of our telephone conversation.

But far be it for him to create a big ado around his work. On the one hand he says „I struggle“ when he sees an interesting piece and excavates it. His best finds were made outside the beaten track where farm machinery has no access. And the best time for reaping is at the end of winter „before the green has taken over and covered the ground“, as he says.

On the other hand he often encroaches upon the stone, boring holes into it to mount bracings or making room for connecting elements.

But he hesitates in knocking a piece off a rock to make it fit. „I prefer to keep on looking until I find a suitable piece.“ True, in and around his atelier the choice is vast.

His material is limestone ensuing from seashells and marine animals millions of years ago and pressed up to the surface as loose pieces at the end of each winter shaped by weathering, a process which fascinates the artist and demands respect. 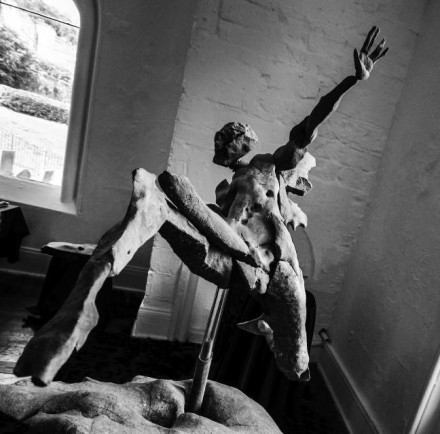 As a rule he begins his composition with the midriff of the figure. This is the center of gravity which must carry the other pieces. But is limestone not brittle and fragile after having spent summer and winter outdoors in the elements?.

„I know the problem well but I am learning to cope with it“, laughs Elliott. Occasionally he fuses a broken piece back together. „Excellent resins are available on the market today almost invisible“. He pays great attention to perfect workmanship and durability of the fragile-looking works of art – precondition for transporting and exhibiting them.

Even as a child he loved composing works of art from finds. Later he studies art in Bath near his home and later changed to Leeds where busied himself with dry walling. In Crete where he spent a total of 3 years, he discovered his destiny: art. „Innumerable outcrops lay around all over the landscape.“ 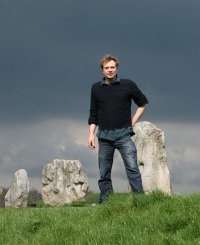