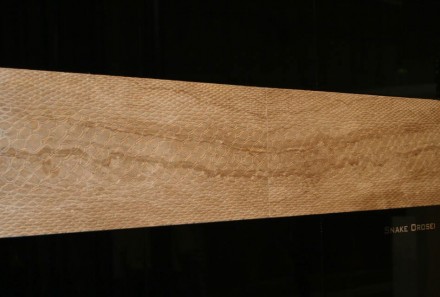 (October 2012) Italy’s economy is trouble. But that does not hold true for the stone branch, more precisely not for its leading internationally active enterprises who presented themselves at this year’s Marmomacc (Sept 26th to 29th) in Verona with a cornucopia of elaborate projects. VeronaFiere went from strength to strength buying into three of the most important trade fairs in growing economic regions with the contracts to show for the effort signed in Verona.

It was in front of this backdrop that the some foreign politicians were present at the 47th Marmomacc. Present was the Governor of the Brazilian State of Espírito Santo, Renato Casagrande at the signing ceremony of the contract between VeronaFiere and Milanez&Milaneze company. The latter owns Vitória Stone Fair with its prominent international profile, the more technically oriented Cachoeiro de Itapemirim and the Mec Show for mechanical construction, energy and automation. VeronaFiere bought into the fairs now holding a whopping 60% of the Brazilian fair organizer.

Prominent also, were representatives of Egypt’s political scene, Consul General in Milan, Amr Abbass who attended each and every ceremony at which SaMoTer Africa & Middle East was christened. It will hold its first fair in Cairo in December. SaMoTer is conceived as a construction fair and a high profile trade name of like Marmomacc.

Another signing revolved around Africa: 30% of Casablanca’s Medinit Expo in Morocco was bought by Marmomacc with an option to take over another 21% until the end of 2013.

To complete the picture, let us take a look back: Marmomacc had maintained a „strategic alliance“ with StonExpo of Las Vegas in 2008 under the auspices of the Marble Institute of America (MIA) as an official sponsor according to a press release.

Bridge heads currently in the making in the Middle East are: „Marmomacc in the World“ by VeronaFiere in which Italian companies will exhibit at the Qatar Stone Tech and the Saudi Stone Tech, and, in the case of the latter, VeronaFiere does co-organize the fair.

Giovanni Mantovani, general director of VeronaFiere, expounded the concept behind the initiatives in the daily press L’Arena: „To be international means not only to invite visitors and exhibitors from abroad. We understand our role as one of accompanying Italian Firms across boundaries.“

Our observations thus go full circle: the big Italian stone companies see themselves as partners of their trade fair and take part in polishing its image in good times as in bad.

On the other hand, this profile being only a national fair with international appendage may cost reputation in the coming years: We live in times of globalization in which trade fairs are taking on new roles. Xiamen Stone Fair is already a strong competitor. 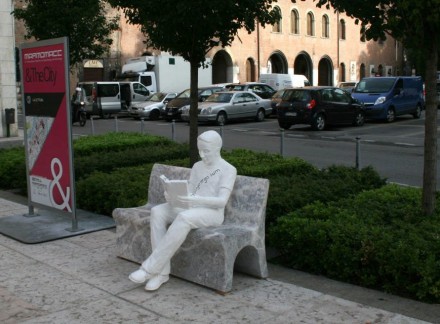 Under the title „Marmomacc Inside“ the fair once again staged a series of events, which we will address in depth in later issues. Here is a sneak preview of two innovations: „Marmomacc & the City“ was one new and refreshing idea in which seven companies exhibited their products in Verona’s city center. Each object had its own motto and gave leave for passers-by to stay awhile and take a closer look. The bench by Margraf Company, e.g., revolved around the theme of reading.

„Marmomacc Outlook“ staged an online survey in the fore field of the fair. Some 3,700 persons participated; see the link below for the results. The survey is to be held quarterly.

To conclude, here’s another bit of news from the Big Player of the southern hemisphere: Brazil’s stone branch has a new slogan: „Brasil Original Stones – Bring beauty to life“ referring to the fact that each and every stone is unique and 100% natural and to the fact that Brazil is unusually rich in the array of natural stone types on the market. 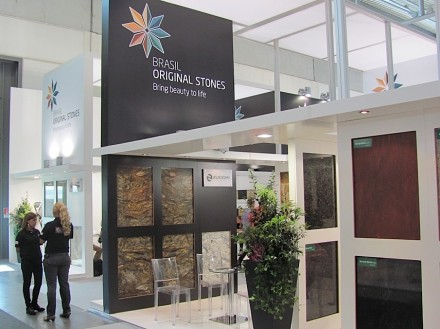 A joint-venture exhibit-booth aims to coin a new image: whereas tropical hues previously dominated the picture (as in Brazil’s national flag), sleek, pristine white and matt black now covered the stands from tip to toe. 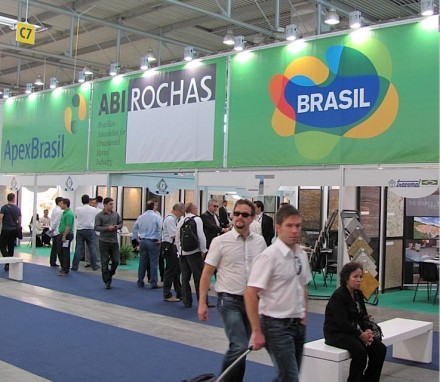 Compare before and after of the joint booth. The branding’s initiators are the exporting organization Apex and the trade organization Abirochas.

Our photos show products and stands which caught our eye at this year’s Marmomacc. 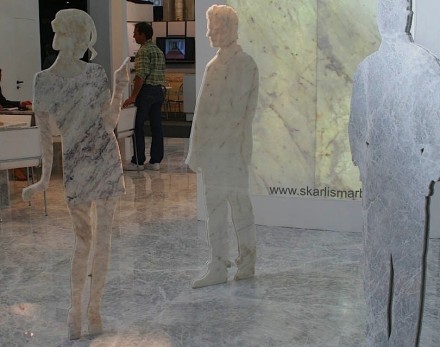 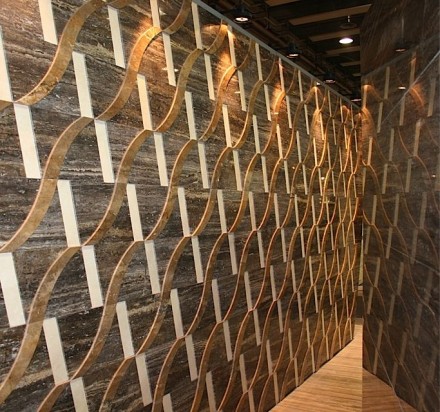 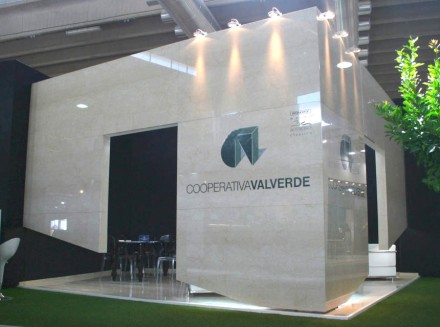 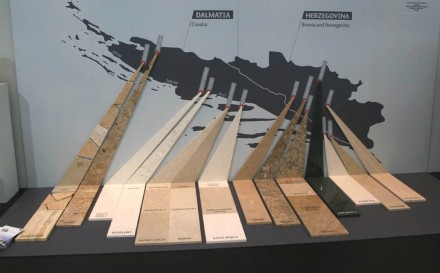 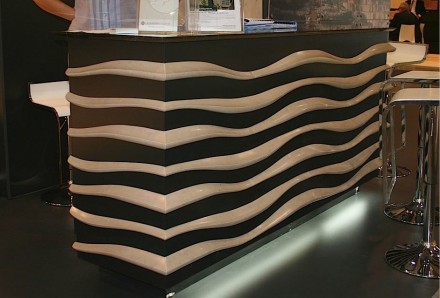 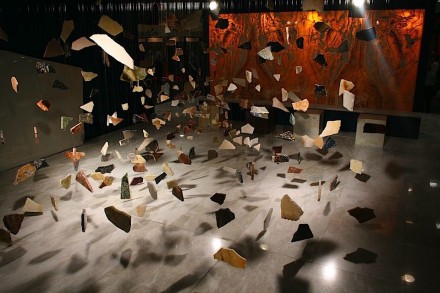 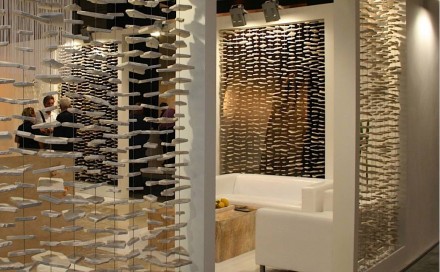 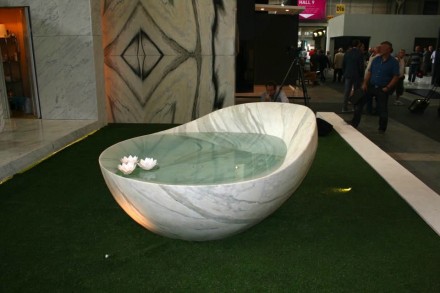 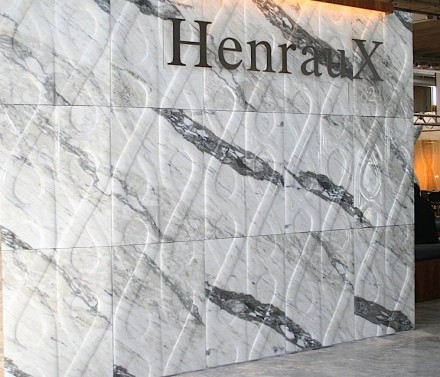