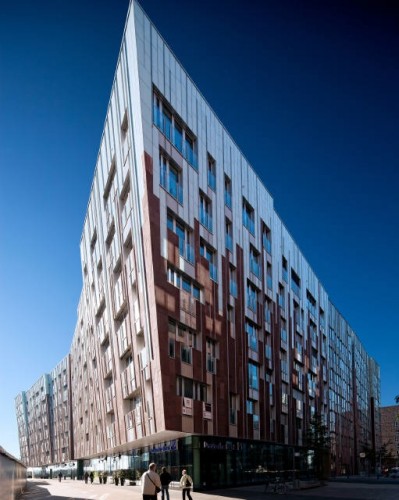 (October 2012) Hamburg is seeing construction of a new residential area formerly part of the harbor complex and directly adjacent to the city center. The project is comparable to London’s Docklands. „Hafencity“ (Harbor-City) is Hamburg’s equivalent. Dutch architect Erick van Egeraat created a reference to Hamburg’s history in the Sumatrakontor block used for the façades: here and there pedestrians feel transported to the hull of an ocean-liner and the red color of the façade picks up on the adjacent magazine complex in brick.

Vertical stripes in natural stone and aluminum or windows mark the façades of the four joined blocks. Predominant on the ground floor is red sandstone. Moving upwards along the 10 stories aluminum and various grey tones become more and more pronounced. 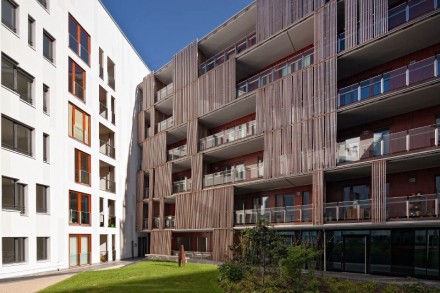 The inner court takes up on a number of façades in the city center what with its white plaster walls. Wooden siding livens up the appearance. 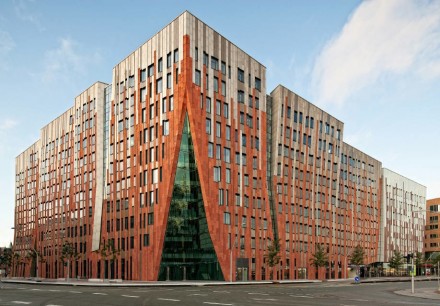 The entrance to the inner court is spectacular: the architects sliced a piece out of the corner behind which private gardens can be admired through a glass wall. 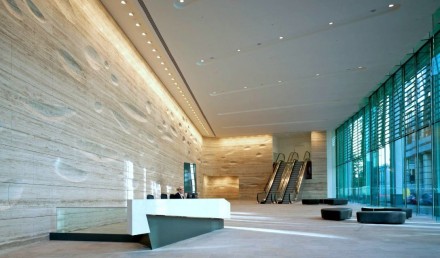 „Inside, a double height cathedral like entrance space … creates an environment that is more reminiscent of an art gallery than an office lobby“ – to quote Kohn Pedersen Fox Associates architects in describing the building at 20 Gresham Street in London’s City Centre.

The impression is not least due to a travertine wall cladding 30 cm thick. 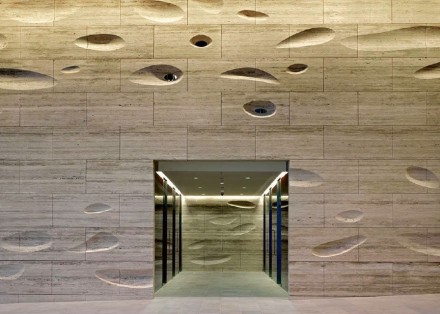 The blocks were sawed to expose the veins throughout thus giving the entrance hall the appearance of a natural stone escarpment transposed to city-center climate. Indentations in the stone look like so many eyes following the visitor’s every move. 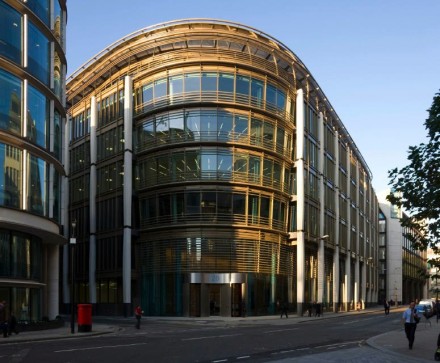 The outside wall is characterized by glass and metal but open, almost buoyant what with its rounded edges. 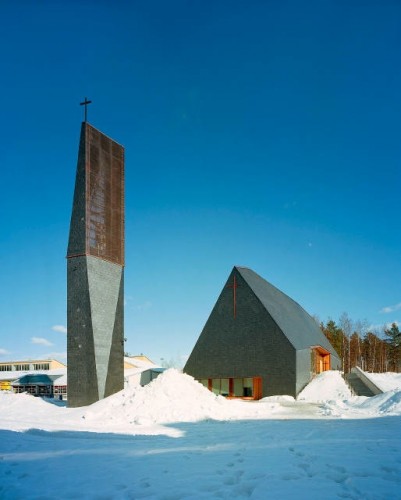 Kuokkala parish’s stipulation was clear as could be: „A church that looks like one“. But the building should incorporate room for manifold activities from pastoral care to child-care. Kuokkala is a borough of Jyväskylä with some 130,000 inhabitants in Finland. 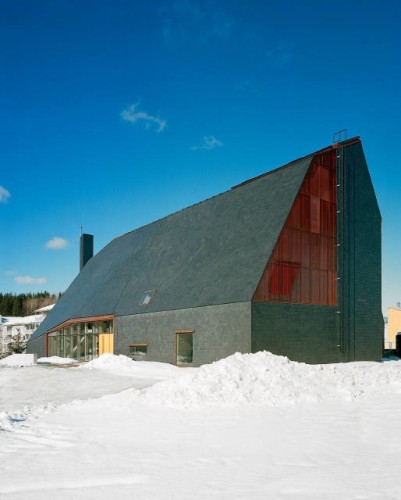 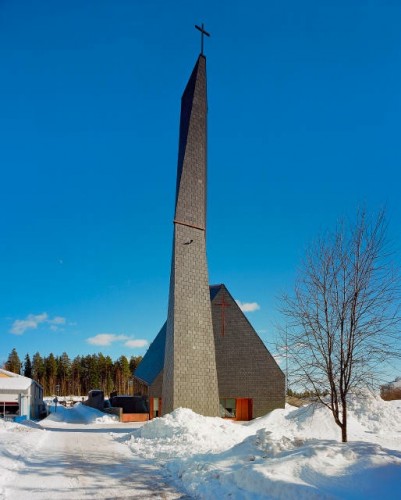 From a certain perspective the tower seems to wave passers-by in for a look.

The design promises cover and protection from the raw climate outside. Black Iberian slate clads both roof and walls. Local granite peeks out from beneath the snow in our photo. 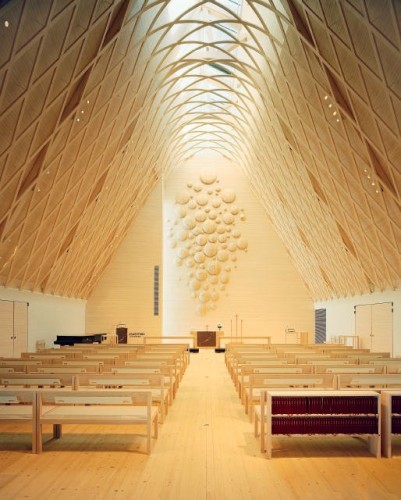 Inside the atmosphere is warm and cozy thanks to wooden amenities.

The striking cope of the main hall is reminiscent of a Gothic cathedral. There is plenty of room for parochial work on three floors which can be opened to the main hall. Stone masonry was realized by Stonecon.