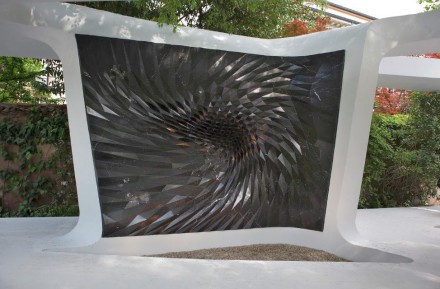 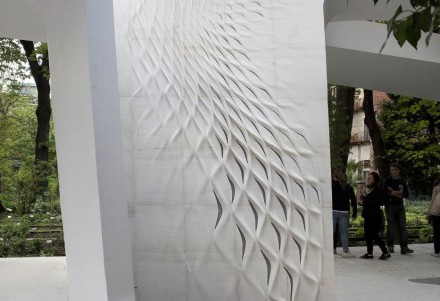 Structures in natural stone gave impulses for her new design idea: a flow through the pictures is reminiscent of volcanic magma or watching crystals grow. 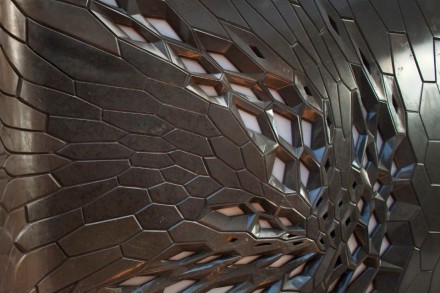 Simultaneously cracks appear as the result of natural erosion. The material in question was marble. We show photos taken at Salone del Mobile this spring, where the installation made its debut appearance. 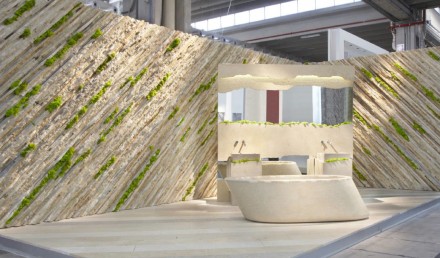 Setsu & Shinobu Ito also took an example of the geological processes for their „Stones Profile“: They emulate strata as if the stone had folded naturally eons ago. The decoration with artificial moss gives a quaint feeling. 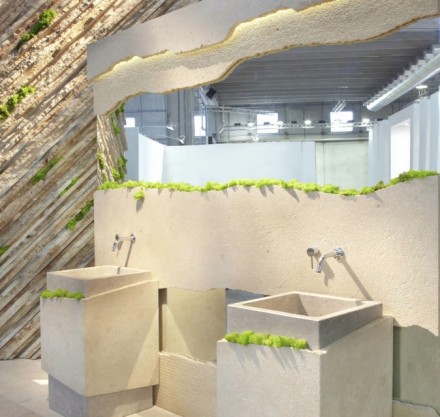 Limestone Pietra di Vicenza by Grassi Pietre had a number of appearances in a variety of design objects at the company stand. 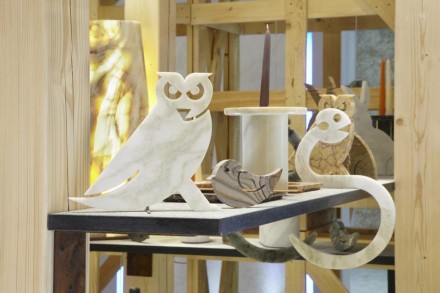 Tobia Scarpa for Testi Group on the other hand designed the presentation in an entirely different light. His point of view: offal produced in stone production. Many amusing animals made of a variety of marble types were united in a wooden shelf. 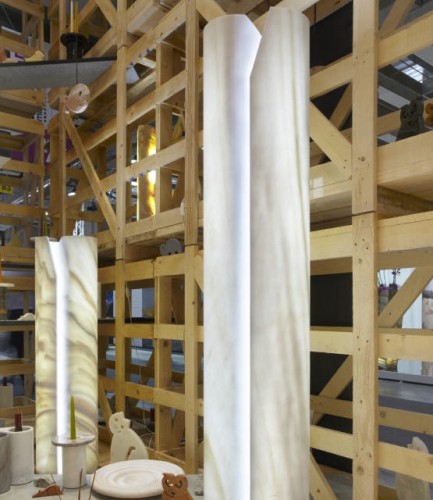 Lamps made of natural stone were unusual. „The Precious Heart of the Land“ was the title of the presentation. 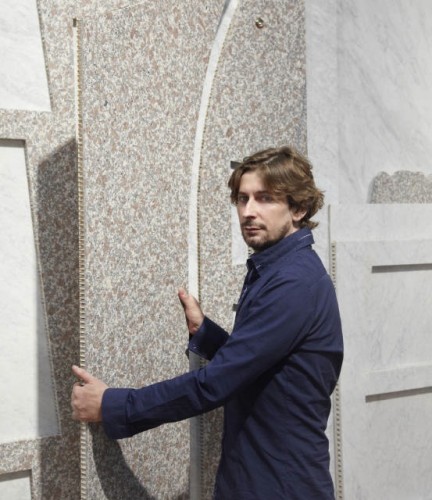 Lorenzo Damiani approached the theme of resource-depletion from the technical angle. The back of the Calvasina fair exhibit was made of thin stone plates on a honeycomb-carrier. 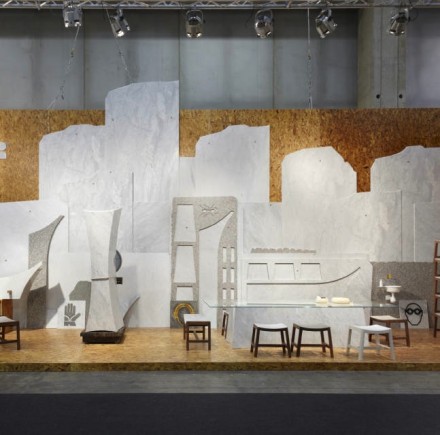 It looked like a high mountain: the title was „Marble Folding“. 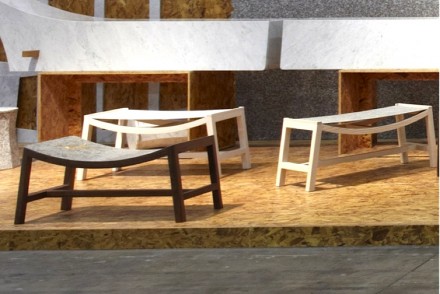 Shown at the Calvasina booth were also seats with surfaces of millimeter thin marble on glass fibre as porter. According to company information that made the stone bendable. Pusterla&Ronchetti participated in the development.

A similar technology idea uses carbon fibre and thin stone. We had reported (see below). 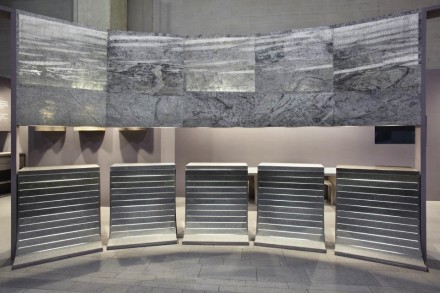 Lucy Salamanca also chose thin stone for her design „Sustainable Rituals“. The stone sheets by Odorizzi Porfidi are perforated and have a back-mounted light source. 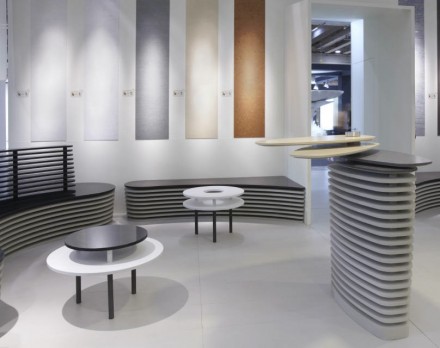 Strata figuratively speaking where the theme of „Kstone“ by Lorenzo Palmeri for Stoneitaliana.