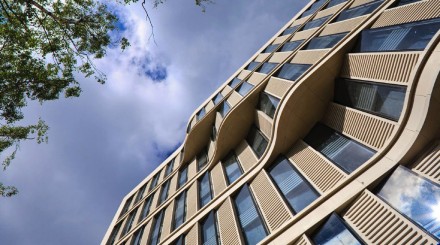 (November 2012) Architects Speech Tchoban/Kuznetsov gave the new office building at the corner of Moscow’s Leninskiy Prospekt/Ulitsa Udal’tsova a sophisticated façade. The idea behind the design was to give the new building an unmistakable expression while simultaneously saving energy.

As we approach the Leninskiy-Prospekt building on the thoroughfare we note to our surprise that the cladding is comprised of limestone with alternating recessions and protrusions embracing the entire building. 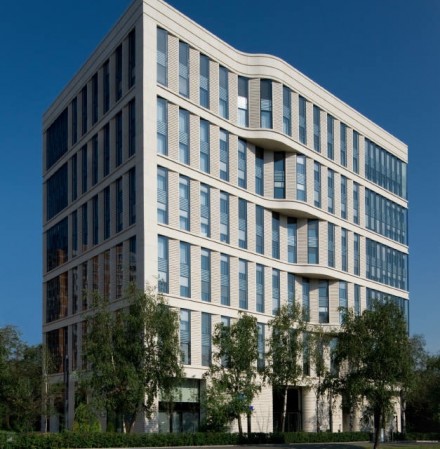 On top of that, the façade itself seems to leap out at one point in a diagonal top to bottom line with rounded edges giving the entire building a marked Neo-Streamline-Moderne appearance. 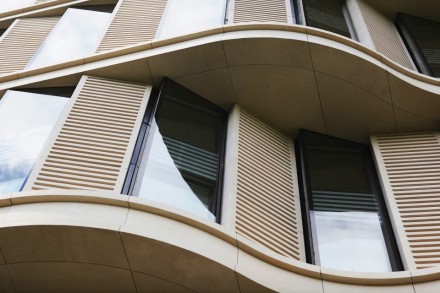 Close up one will notice another particularity: glass and stone surfaces alike are mounted at an angle. 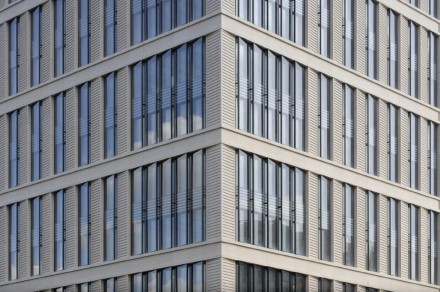 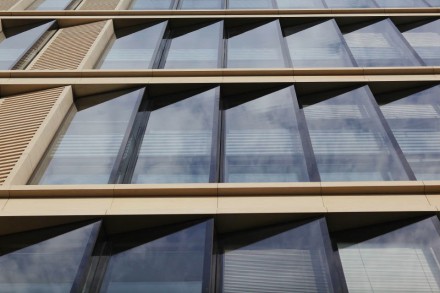 Hardly noticeable: the façade is, in fact, two-ply: behind the two-story slanted surfaces there is another inner façade with orthodox vertical glazing. Air can circulate through the space between the two layers where it can heat up and contribute to warming the building’s interior. 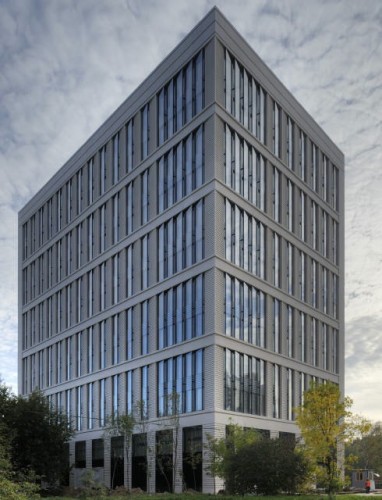 To protect from excessive heat in the summer months, automatic blinds were mounted to block out sunlight. A high-transparency glazing was used so artificial office lighting need not be turned on at all times. A number of other innovative elements reduce energy consumption. Architects and the landlord intend to have the building certified – a novelty for Russia. 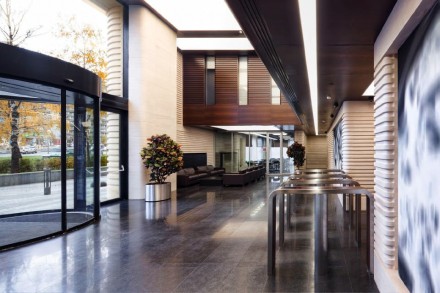 One last remark regarding the façade: on the interior the horizontal bands with altering indentations and protrusions are mirrored. On the outside, the bands will change their appearance gradually as smog and dirt set in creating a patina according to the architects. They wish the building „to age gracefully“. 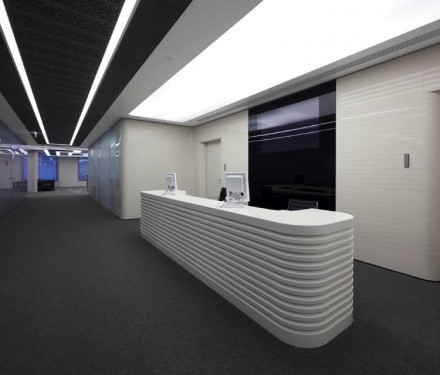 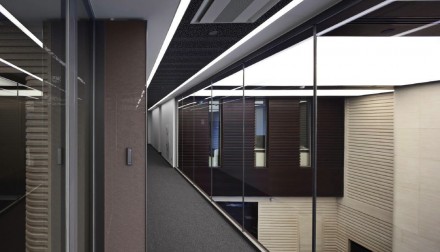