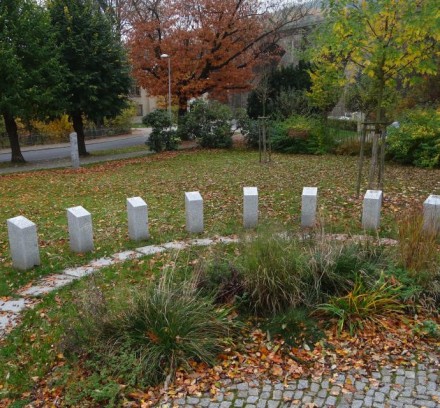 (November 2012) „We want to make natural stone an experience with as many facets as possible”, is how Hilke Domsch describes the concept. She was responsible for the title „Granitdorf“ or „Granite town“. The project ran for thee years under the auspices of the province of Saxony and the European Union with further subsidies by the municipality. The town is cradled half way between Dresden and Bautzen. Now the project must stand on its own two feet.

The project encompasses e.g. the granite route, much more than the usual geological learning path or art-walk. 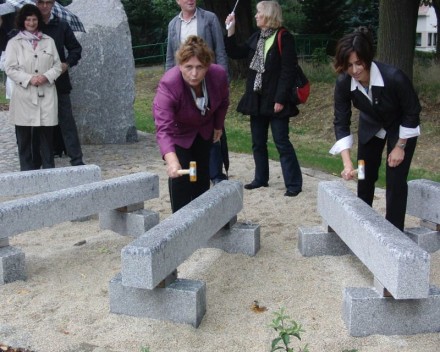 According to Hilde Domsch’s concept, stone should be experienced with all five senses: there is, e.g., a xylophone percussion instrument made of stone, a gigantic block with a hole into which visitors can shout, stones to feel with a variety of surface structures, a sun dial which functions when the visitor positions himself as the dial. 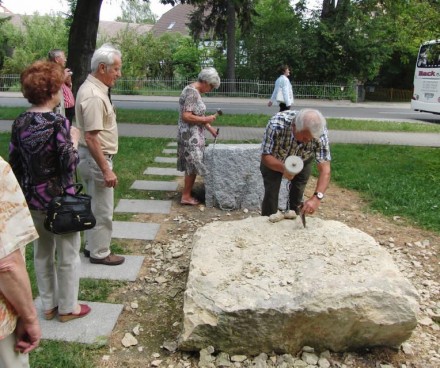 Visitors can get right down to the bottom of things with a hands-on experience of how hard stone really is. Armed with hammer and chisel they can attempt to chip away pieces of granite or sandstone on their own.

Hilke Domsch even thought of corporate branding: stone pillars were set up as guideposts with information in German, English, Polish and Czech – close neighboring countries.

The history of Demitz-Thumitz as a granite center is a curious one. It does not go back to ancient times like the history of Carrara which can be traced back to Roman times. In Demitz-Thumitz the ball began to roll only after construction of the railway some 150 years ago when a gigantic viaduct was built to bridge the valley with the ton. The first pillar was made of sandstone transported from the river Elbe at enormous cost. It was only then that the discovery of the granite was made. 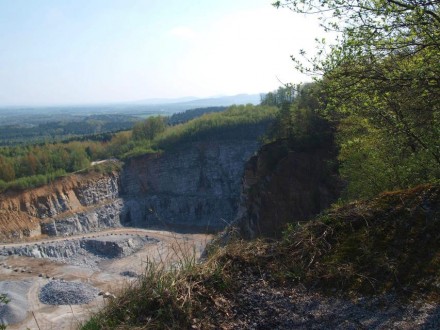 One route leads to the former quarry and to a second one which is still active today.

A museum is currently under construction and will include a functional stone saw. Also incorporated will be a project by the title of „Ways to Glass and Granite“, currently being realized in cooperation with the town of Piechowice in Poland, a former glass-producing center.

But we almost forgot to mention the perhaps most important aspect of the experience: in cooperation with a local brewery a new bier was created called „Steinmetzbräu“ (Stonemasonsbrew).