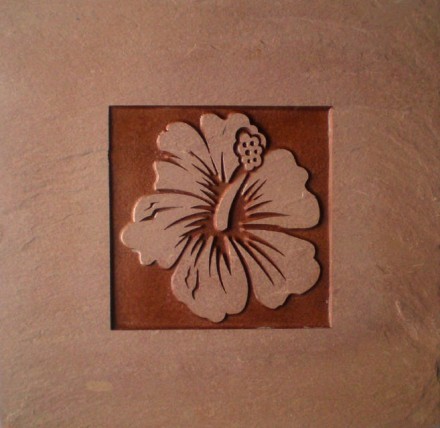 (November 2012) How Blastpositive ingrains their designs in stone, is casually demonstrated on the company web page: when moving the cursor over the top of the screen, it turns into a sandblast-pistol. The company’s name is worth commenting: „Blastpositive alludes to our positive demeanor toward work and life“, according to founder Nikhil Shah.

The company is based in Salem, India and specializes in sandblasting natural stone. One of its main fields of production is decorative tiles for interior design. Another line of production concentrates on handicraft artifacts as well as trophies and their engraving. The company was founded in 1996 and is also a successful exporter. 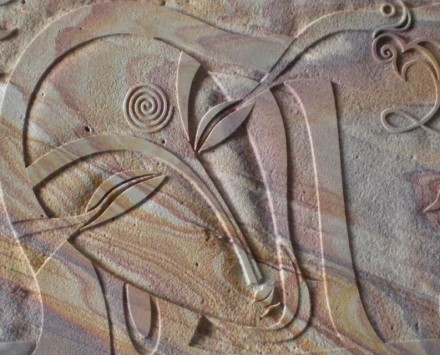 The method of design is the key to success: in many cases the impression is the result of contrast between décor and the natural irregularities inherent to stone, e.g. the color variations. 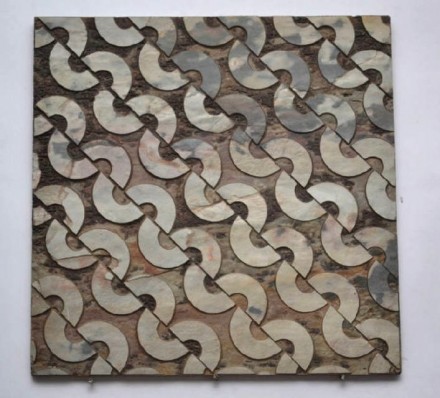 The contrast is particularly prominent and aesthetically interesting in the case of geometric design. 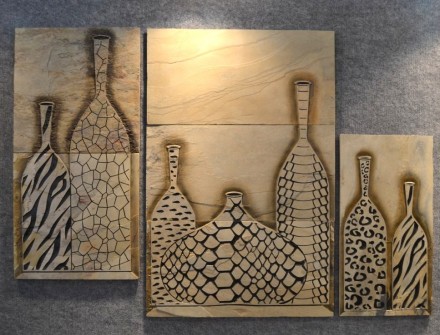 One of the company’s specialties is large motifs assembled in separate tiles. 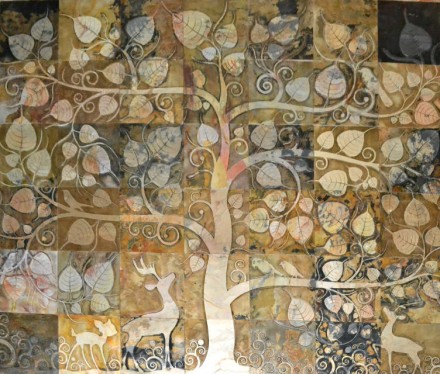 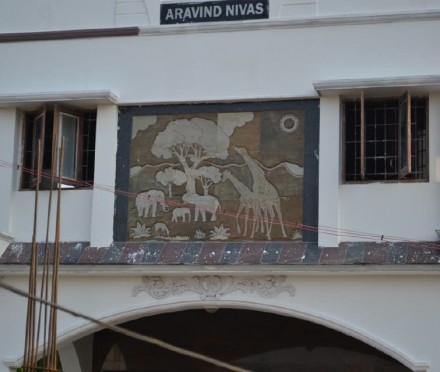 Murals, too, are part of Blastpositive’s repertoire. 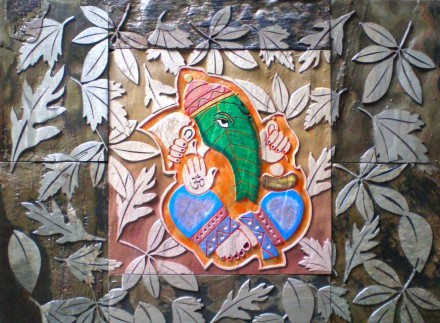 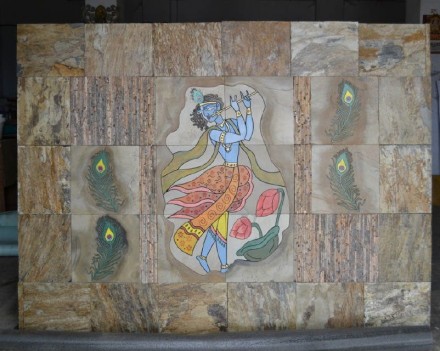 In the case of murals color is also used.

Nikhil Shah studied Chemical Engineering in India and later worked in his uncle’s company producing gravestones. In 1992 Shah took up an internship in petrography in USA to learn the various techniques of stone engraving.

Back in India he started up his enterprise with Niksang Art Company concentrating on glass airbrushing where he soon discovered his niche for artifacts and began exporting with success.

„By nature, I cannot do repetitive things“ he answers when asked what came next. When asked to comment on his entrepreneurial success he says: „I am unable to reason or accept that it was my mind which has done all this.“

Until now Blastpositive has been working with Indian slate, sandstone and granite. Soon Turkish travertine and Italian marble will be added to the portfolio.