Markets: World-wide demand for natural stone on the rise 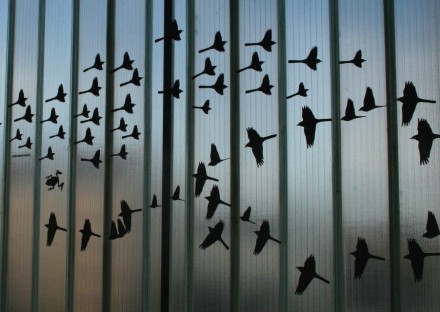 (December 2012) The world-wide demand for stone is on the rise, the concentration on a small number of producing countries is also getting stronger and big stone companies in the Euro-Financial-Crisis-Zone have mastered the difficulties by increasing exports. Those are the core statements in the current Statistical Yearbook „XXIII Report Marble and Stones in the World“ published in Italian and English by Aldus Publishers, Carrara.

Some 1.265 billion m² natural stone were used in construction or otherwise in 2011. The m² value is based on stone slabs 2 cm in strength. That represents an increase of over 3.9% in comparison to the previous year. In relation, the 2001 demand was some 709.5 million m².

To get a realistic idea of what this means, Montani set the figures next to those of the ceramic industry which sold some 8.75 billion m² in 2011 – nearly 7 times more.

The size of the population plays an important role: the per capita demand in Belgium takes on the front runner position followed by Switzerland, Taiwan, South Korea, Italy and Portugal.

Montani therefore concludes that the potential for growth rests mainly in the former Newly Industrializing Countries (NIC) with a high population density and new middle class. „The market, in short, is still far from being saturated“

In total these 7 countries are responsible for 77% of the world-wide production. Europe’s role is marginal.

Montani’s statistics with respect to export and import tell a similar tale. Let us restrict ourselves to China’s exports: with 27.3% of the world-wide stone exports in 2011, China was the undisputed winner with a monopoly in South Korean and Japanese markets and a strong position in US and EU markets.

In his analysis of the individual countries, Montani notes that large companies in Greece, Spain and Portugal have successfully battled the break-down of local markets by increasing their exports. Albeit most of the goods exported were raw stone blocks destined for China.

Italy is still the world leading in heavy machinery for quarries.

Montani points out yet another phenomenon: the global stone markets are a giant railway shunting yard or travelling circus: roughly 60 % used is not quarried locally. That means that even in the face of sharply increased transportation costs the branch will once again be turned over completely. Entrepreneurs are well advised to tend to their local markets.

An analysis of the study with a Brazilian angle was written by Cid Chiodi for Abirochas (Portuguese).