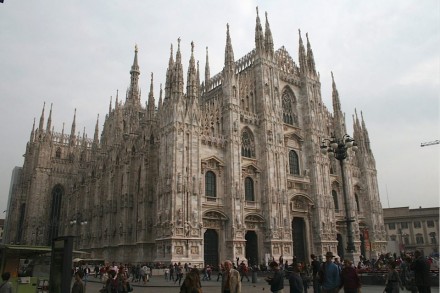 (December 2012) Citizens of Milan and from all over the globe are called upon to donate generously: the Milan Cathedral desperately needs support to restore its spires, more precisely the pinnacles. In the face of the world financial crisis the Veneranda Fabbrica, building contractor of the marble work of wonder, has thought up a sponsorship scheme for the project: whoever donates 100,000 € or more will find his name or that of the company engraved in the base of „his/its“ spire. The inscription will remain „for a minimum period of fifty years“, according to the web page to event „Adotta una Guglia“ (Adopt a Spire).

An estimated 25 million € will be needed to complete the task. Small amounts are welcome as well, of course – transactions can be activated by app or via the internet. For 9 € a children’s book can be purchased, in which – in Italian – the story of Gigivì the dragon, who lives in one of the pinnacles, is told. If and when he awakes, he has much to tell regarding the building. 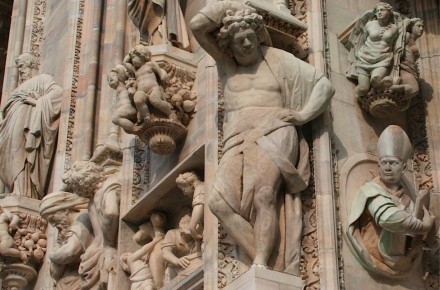 In fact, endless stories can be told of this splendorous example of Gothic stone architecture. 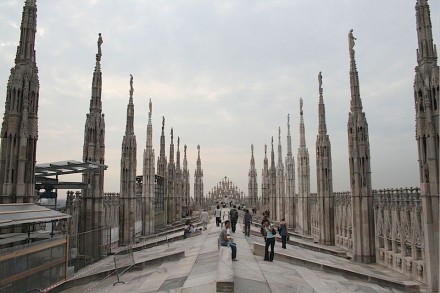 The fact that one can actually walk over the roof of the House of God, is, e.g., a singularly distinguishing factor.

The way leading up, an experience in itself, leads visitors past no less than 135 pinnacles, 96 gargoyles and countless richly ornamented arches supporting the roof construction. Some 400,000 m³ marble cladding cover the brick core of the building. 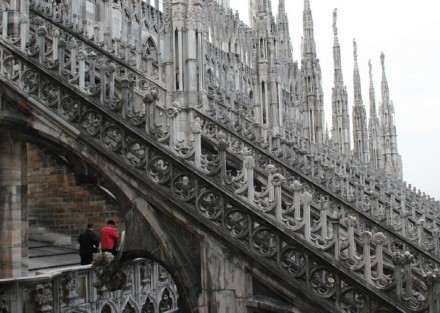 One thing particularity facilitates the work of stone masons and conservators: the entire façade is made (almost) exclusively of one single material, namely Candoglia Marble, which has a slightly pink hue due to its iron oxide content. Ever since laying the ground stone in 1367 a.D., the stone was quarried in the Candoglia Mountains not far from the Lago Maggiore. 600 years of quarrying has left a huge gap the size of a Cathedral in the side of the mountain: the Cava Madre measures 150 m deep, up to 30 m high and is 15 m wide. 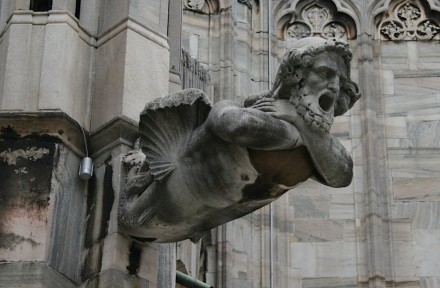 During the course of the centuries the surrounding forests around Candoglia were used extensively for construction of the Cathedral: the wood served to build sleds used as the choice method of transport for the massive stone blocks on their way to the valley below. From there they were shipped across the Lago Maggiore still strapped to the sled construction from whence they were sent along the Naviglio Grande canal to the center of Milan. The wood from the sleds was subsequently recycled on site and used for scaffolding. 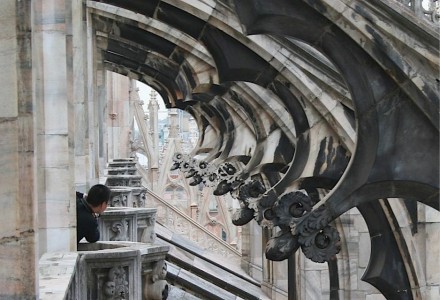 The advantageous transport conditions were probably the reason that relatively little Carrara Marble was used. Although the Apulian Mountains, the origin of that stone, also belonged to the City of Milan, its marble would have had to be transported all the way around the coastline to reach its final destination. 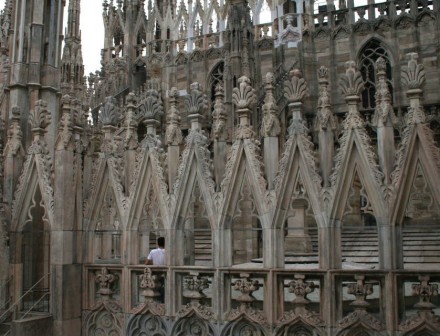 The call for sponsors began in November and the News Agency AFP inquired as to Veneranda’s success: 8 sponsors had already pledged 100,000 € or more as well as a number of small donors pledging another 10,000 €. 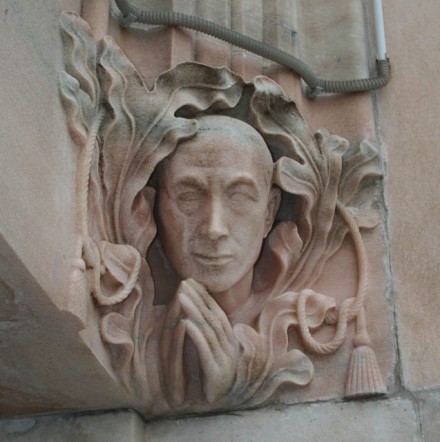