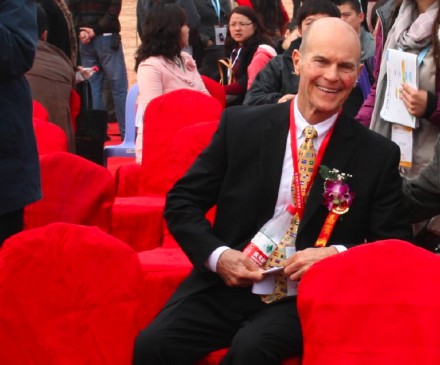 (December 2012) His masterpiece was the Radon-Campaign: 2007 saw a sudden flood of false media reports on poisonous radon gas and radiation purportedly emanating from granite. The stone branch was close to financial ruin, not only in the USA the largest market. The conflagration was raging globally.

Garis „Gary“ Distelhorst, managing director of the Marble Institute of America (MIA), in a singular show of strength and supported – as always – by a lot of people from inside the organization, launched a campaign at the end of which the unfounded claims were no-longer an issue.

The initiative began with a collection of funds from members and from foreign trade organizations and continued with the consignment of scientific studies sponsored by MIA. The campaign ended with well-known scientist showing videos in understandable language and bringing their conclusions to the public.

Distelhorst enjoyed his position of MIA’s CEO for 11 consecutive years during which his influence reached all corners of the globe in the stone branch. He will be retiring at the end of his year.

The radon-campaign is not the only bit of evidence to demonstrate how tough Distelhorst really is. In conversation one quickly notes that his facial expression remains fixed, at times almost sullen.

But in reality what might be interpreted as a grim mood is merely an expression of high concentration. When questioned on a subject, he often interjects another question after giving his answer. This is when he somehow notices that the subject could be of interest to MIA; he loses no time in investigating the background.

Next to the radon-campaign one of his major achievements as chief of MIA for members of the stone branch comprising mostly small and midsized enterprises was to develop a strategy for the industry.

His credo: members must profit from the trade organization, not in lobbying alone but through provision of services with measurable results.

One outstanding example is his initiative for life-long education for members and their staff, e.g. safety at work training, the first professional accreditation for stone producers and installers to apply recognized standards of quality, and last but not least, a long list of technical manuals.

His performance is proof of success: during his 11 year tenure, MIA’s membership has grown from some 600 to nearly 1500 today. 253 are foreign members – an impressive increase from the original 70 foreign members.

But in spite of MIA’a high international profile and the fact that he is present at all international trade fairs, Distelhorst’s life journey always drew close circles around the Lake Erie and Great Lakes area, home of the Cleveland, Ohio-based MIA. He completed his studies at Ohio State University and soon made a name for himself as managing director of the National Association of College Stores (NACS).

On a personal note, MIA’s press release reveals that Distelhorst „is an avid fan of the Buckeyes“.

We, based in Europe, checked in the internet what that would mean and found that Buckeyes are a breed of chicken originating in Ohio as well as several tree species of the genus Aesculus or chestnut. And it is the intercollegiate athletic team of the Ohio State University.

Taking over for the retiring Garis Distelhorst will be James Hieb, MIA’s current Vice President. 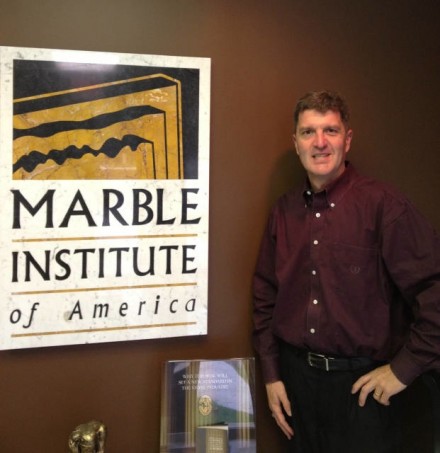