Architecture: Ideas for façades in stone with other materials (6) 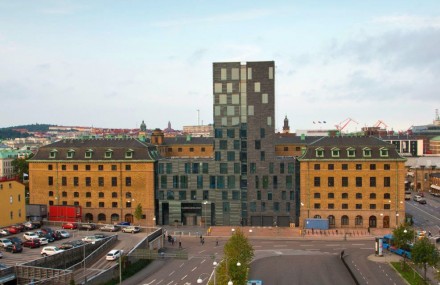 (December 2012) The vintage post office building in the center of Gothenburg dating back to the roaring ‘20’s is protected by the Foundation for the Preservation of Monuments. But since sometime last year a 13-storey building jettisons out of its inner court. Sweden’s second-largest metropolitan area is home to the Clarion Hotel Post complex. 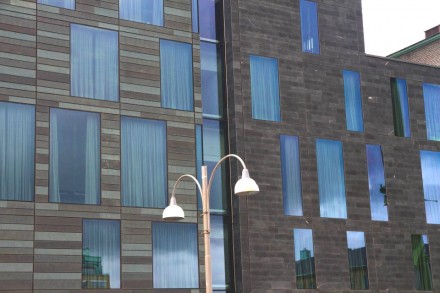 The tower not only sets the dominant horizontal line on end. It also sets itself distinctly apart from the brick siding of the historical building. As if that wasn’t enough: the tower is distinctly cleft right down the middle with one side clad in copper (left side on our photo) and the other in slate – a distinction which is set forth on the building’s interior. 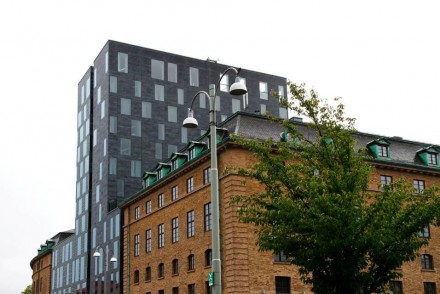 The slate siding slabs measure 60 x 30 cm and are 1 cm thick. They are part of an innovative outer cladding by Skandinaviska Glassystem AB Company. The stone plates are affixed to a high-tech material by the trade name of Sonoboard. 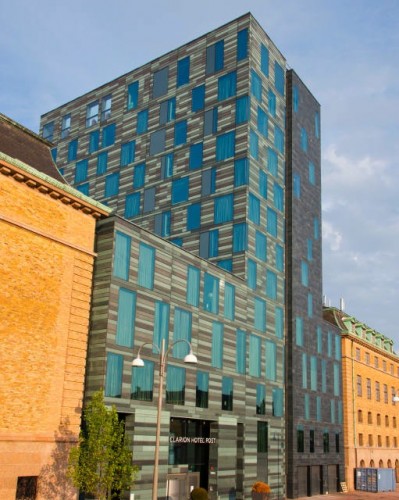 The copper siding was subjected to oxidation to achieve the patina of time pre-maturely. A myriad of colors clearly distinguish it from the black and gray of the slate-clad-siding. The slate, the Argentinian Riverstone, was provided by the British-based SSQ Company, supplier was the Swedish Nordskiffer. The copper plates were provided by the internationally acclaimed Aurubis AG. The project stands under the auspices of Swedish architects Semrén & Månsson. 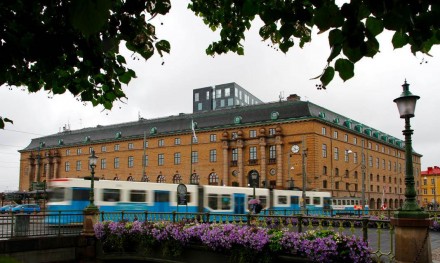 The tower houses not only the greater part of the 500 or so rooms in the hotel. Its rooftop is home to a sun deck and a swimming pool. 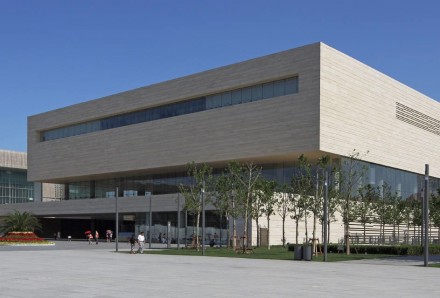 Horizontal lines are overwhelming in North China‘s Tianjin Art Museum. The travertine-façade reinforces the impression and lends an optical illusion of a massive stone cube. 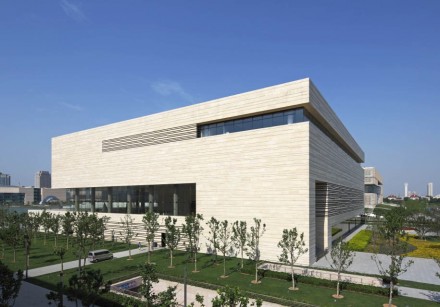 The stern lines are playfully interspersed with precise indentations, cut-outs and hollow spaces, all of which underscore the dominant horizontal line. 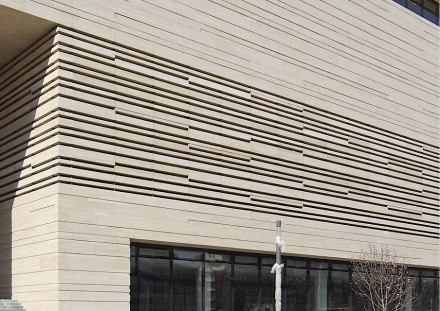 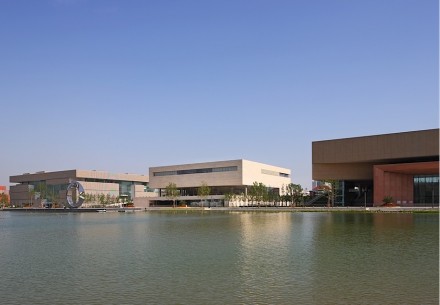 The Art Museum was originally planned as the Tianjin Art Gallery and completes the new city cultural district housing an opera house and library along the city’s lakeside promenade. 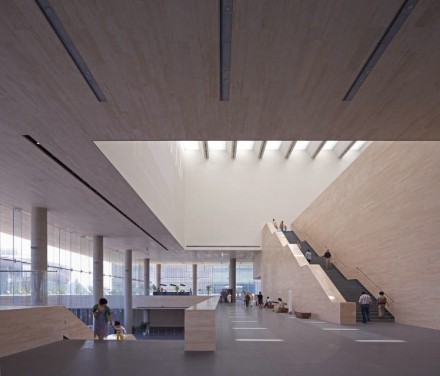 German Architects KSP planned the complex. „The cascading staircases leading to the exhibits in the upper floors seem to have been honed from the solid stone block which forms the museum’s corpus“ according to a press-release by the architects. 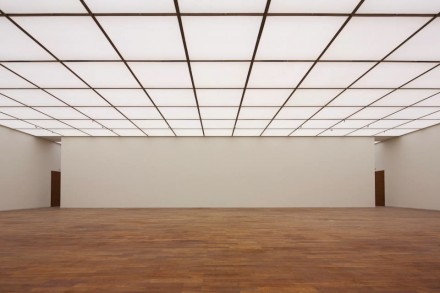 The predominant horizontals continue on the interior of the building.

Tianjin, one of the 5 so-called National Central Cities chosen as role-models of modern urban living, is situated on the Bohai Economic Rim, one of the country’s most powerful regions of economic growth to which Beijing also belongs. According to Wikipedia the city counted 6.8 million inhabitants in 2010 but including the suburban areas, the population comprises some 13 million. 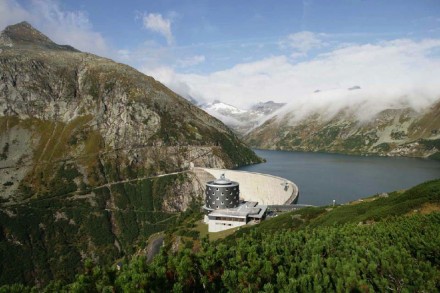 strong>The slate siding of the alpine Berghotel Maltamust bear extreme conditions at 1933 m height. Wind and rain in this part of the Austrian Alps can reach some 200 km/h wearing and tearing at the 60 x 30 cm stone plates. This is why they are battened down and braced. The stone was provided by German-based Rathscheck Company.

The cylindrical hotel dating back to the 1970’s was recently refurbished. It originally served as temporary housing for supervisors and workers constructing the retaining wall of the Malta-Dam-Complex which provides the area with electricity from 3 consecutive reservoirs. Today the hotel houses a 60-room hostel for alpine tourists open only in the summer months. 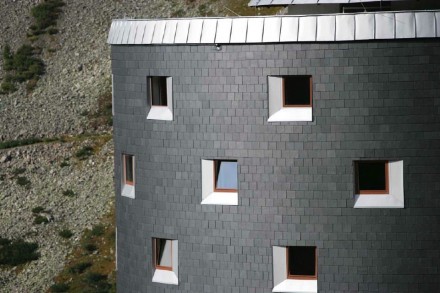 The window frames are noteworthy. Alternately mounted on the right and on the left, and lend symmetry to the building’s appearance. Actually the distance between the windows varies by up to 50 cm. The architect was Dr. Dipl-Ing. Herwig Ronacher. The façade was executed by Austrian Striedner Company of Carinthia.