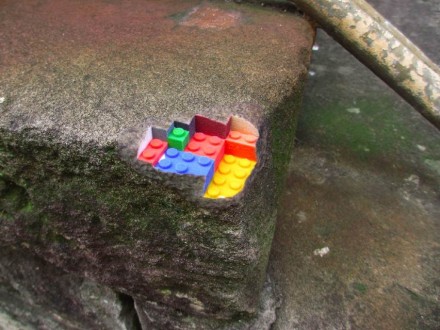 (January 2013) One of life’s important questions – especially for geologists and sculptors – is what secrets does a rock hold in store deep inside. An answer was to this day not found. A philosophical dilemma makes the answer impossible: it could be that whatever secrets the rock holds in stock, escapes as soon as the interior is exposed.

But in the digital world of cyberspace Australian artist Greg Petchkovsky has come a long way in finding the answer: starting out with a chipped stone, he fashioned a computer-simulated model of the missing piece and reproduced it with the help of a 3D-printer and cast stone made of stone-meal, adhesive, and pigments. 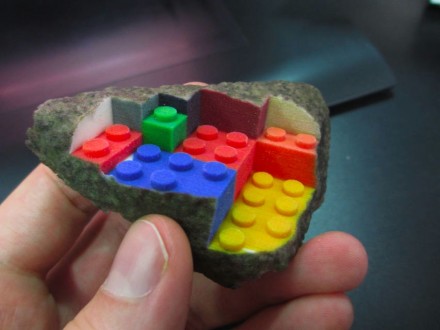 The truth is: the inside of every stone actually is held together by means of Lego-blocks!

Petchkovsky, of course, made it happen tongue-in-cheek, by modeling Lego-block-elements into the stone. The practical idea behind the project was that the missing chip could be added and removed at will.

The creation was part of a competition for the Website Instructables whose creator called for digital draft contributions under the motto „Make it Real“. 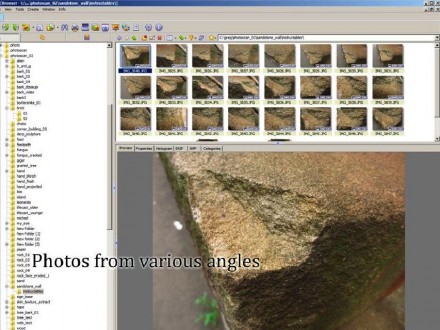 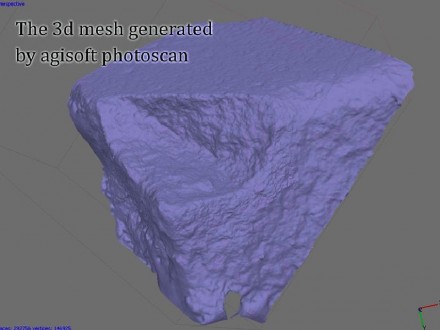 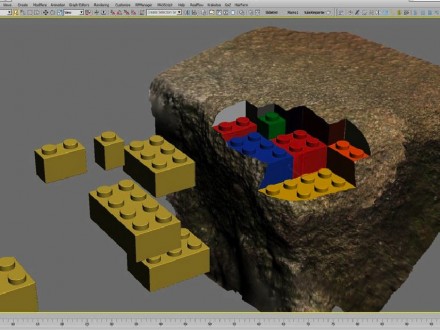 Of course the call for tenders fell on fruitful ground when Petchkovsky read it. He is, after all, practically at home in Cyberia and enjoys creating things not normally possible in the real world: As seen in a video on the Lego-replacement of another project where the artist seemingly squeezes liquid out of a dry brick.

Petchkovsky works for Sydney’s Mighty Nice Studio and mainly with animations for web-spots. Under the heading „Traditional Work“ some of his more conventional works e.g. aquarelle on paper can be viewed.

As for artistic content, Petchkovsky modestly states: „I’d very much like to make more profound artwork one day, but all the artwork on my website was created with a different purpose: 1. To get work. 2. To learn, and improve my skills. & 3. To have fun!“

In closing we should note that Petchkovsky’s work did not supply the ultimate answer to the question above: when the top and bottom pieces came out of the 3D-printer they didn’t fit together properly.

So the question: what holds the Earth together still remains unanswered… 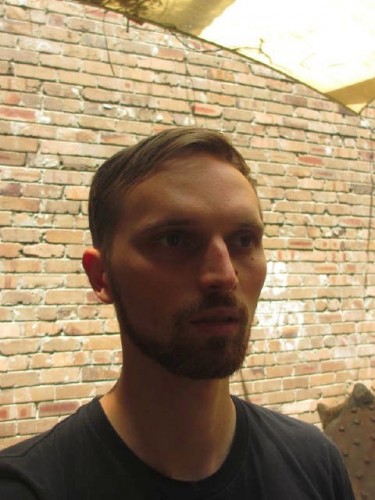