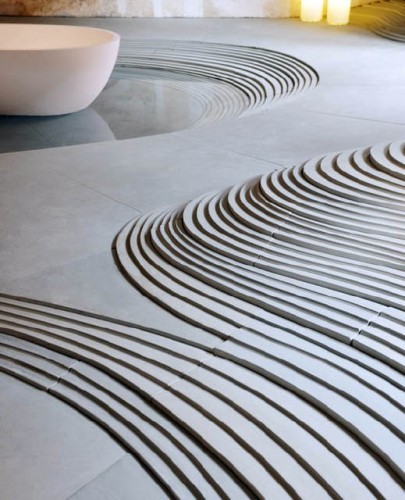 (January 2013) An original event has taken place two years running. Last year’s appearance took place within the frame of the Cersaie Trade Fair: „Bologna Water Design“ invites artists to reflect on the fluid theme. A number of exhibits outside the trade fair grounds as well as readings and much more were part of the event. One drew particular attention: Japanese architect Kengo Kuma in cooperation with Il Casone, Agape and Mapei Companies created the „Stonescape“ installation. 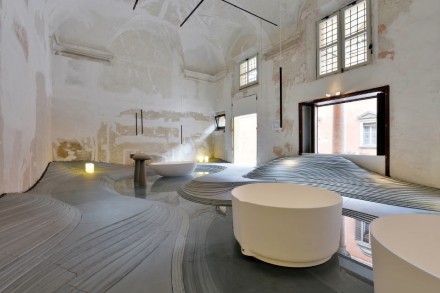 At first glance it was but a few hills separated by an elongated lake on exhibit in a run-down building of the defunct Ex Ospedale dei Bastardini in Bologna’s city center. The hills were formed from Pietra Forte Fiorentina sandstone, provided and shaped by Il Casone. 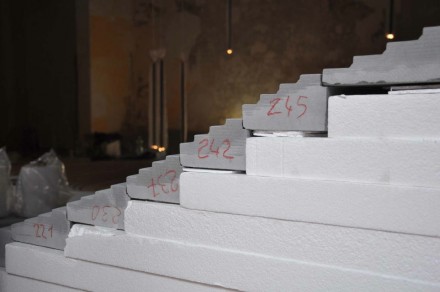 The photo shows how the layers were worked and mounted on a base. 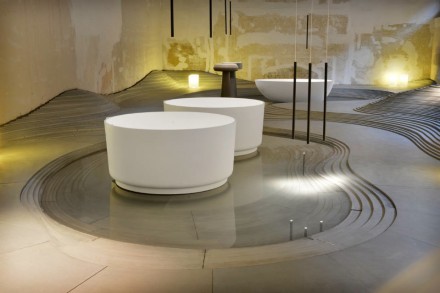 But some visitors experienced how the installation took on a life of its own. The water was still yet they were almost certain that it was in motion. More precisely: just as water shapes an outside landscape, so, too, did the water seemingly alter the shape of the hills in the hospital building. For the time-being, the process had merely come to rest – perhaps to let erosion set in again at a later point in time.

Of course these are nose-dive associations. But Kengo Kuma had integrated sharp contrasts into his installation: the lake contained a number of designer sinks as well as bathtubs. 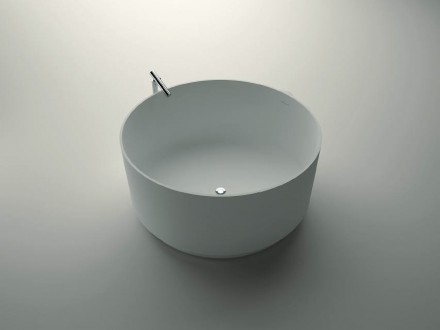 As was the case for the surrounding hills, they, too, were made of stone – by Agape Company. 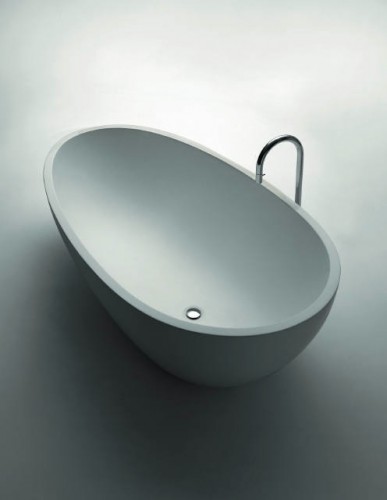 We should not neglect to mention that the sinks and tub are in close connection to running water as well. 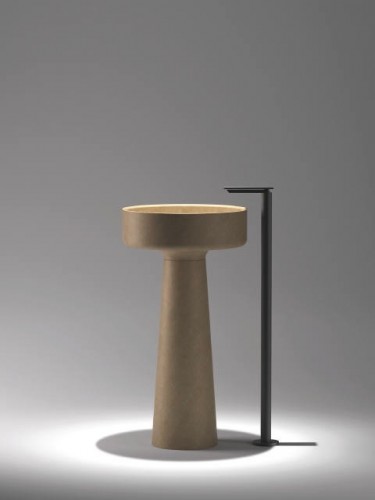