Architecture: Roll out the stone wall 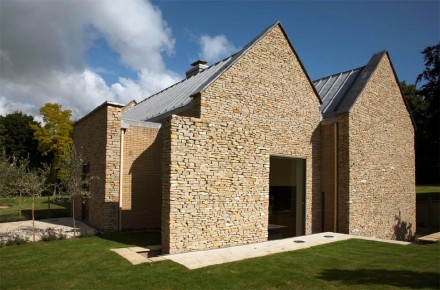 (January 2013) Now you see it, now you don’t: what is the difference between the photo above and the next one? 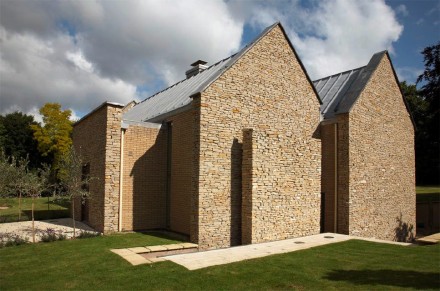 Correct: one has a façade with a picture window and the other does not. 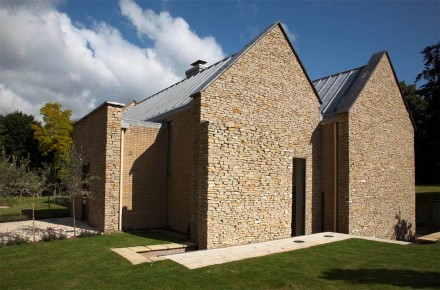 We, as insiders, know, that something was drawn in front of the window – a type of sliding door or Para vent – of a special kind: 4 m high, 3 m long and 35 cm thick in solid stone.

And yet another figure – the component weighs some 2 t.

Baynes & Co Architects came up with the idea for Wickstead Lodge in the English county of Warwickshire. 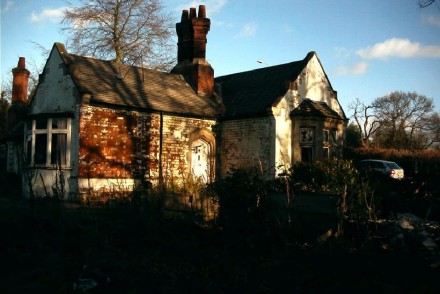 The story behind the construction goes like this: originally the inconspicuous house was the entrance building to the main building, which is actually next door. The new landlord wanted to expand and refurbish but the building authorities put restrictions into place and stipulated that the windows may not be larger than those in the original building. 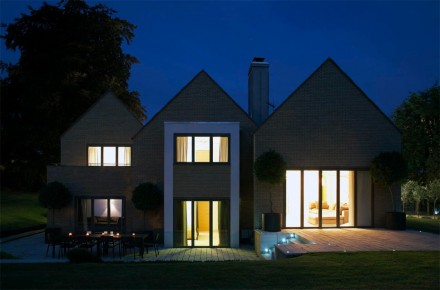 On the back of the building facing the back yard the house has glazing in the size and proportion of the original.

But the window to the street front is an over-dimensional picture-window, at least when the stone wall is rolled aside. Adrian Baynes diplomatically explained why the authorities accepted the plans: „The planning application showed the stone wall in front of the window, we just neglected to say it was motorized.“

A special motor drives 3 pairs of wheels running on tracks. Of course the mass requires a special foundation under the tracks.

Note that the visual cover stands freely and has no suspension or guide at the top. 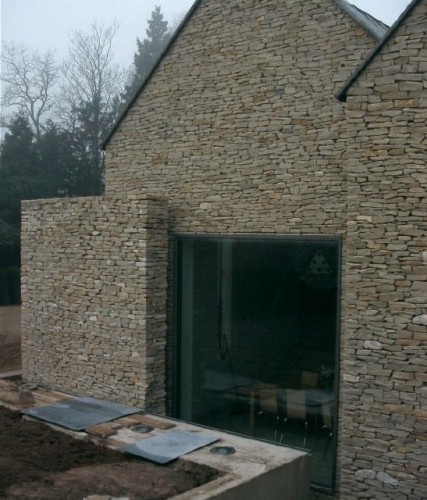 This is made possible by an almost unnoticeable guidance at the furrow for the wall. Note also that the stone blocks seem only loosely stacked. 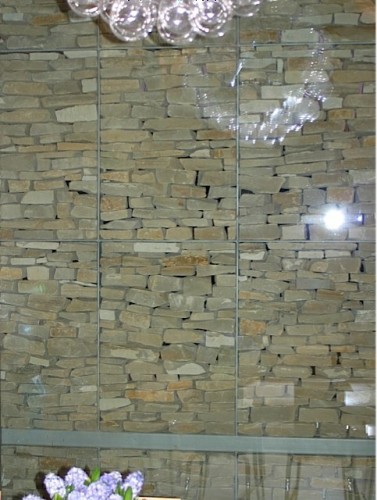 In fact they are nestled in a steel grid and the individual stones are stuck together with resin. 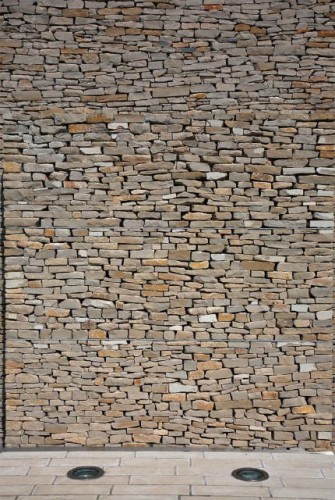 The frame is hardly noticeable from the outside. The loosely stacked stone allows light to seep into the living room through the cracks. 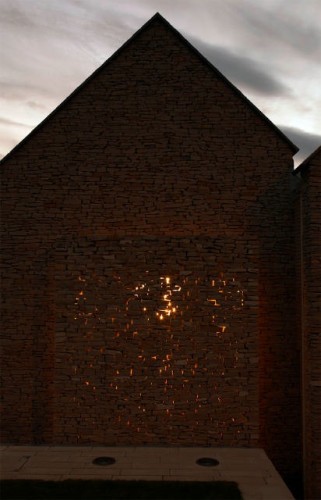 At night the light emanating from inside the house has an unusual effect on the street-side front. 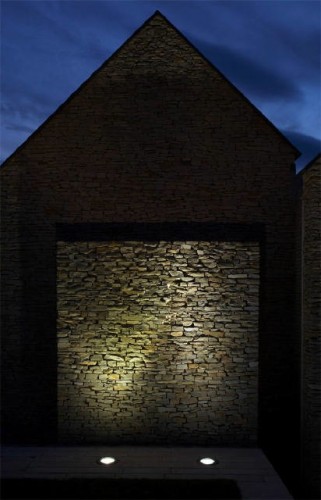 The effect can be totally different again when using artificial light. 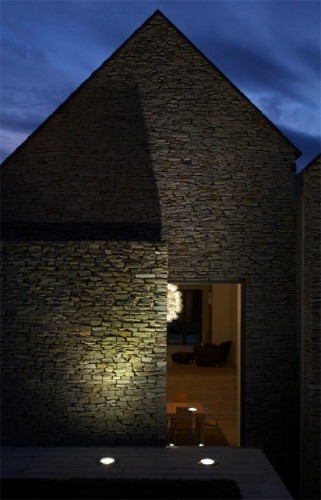 The stone is local Cotswold Limestone. The rest of the house is clad in yellowish brick to match. Stone masonry was realized by Boden & Ward Company.

Here is some more architectural trivia: the entrance to the new building reflects the shapes of the precursor. The ground floor is set lower in order to achieve the maximum clearing despite keeping the height of the building constant.