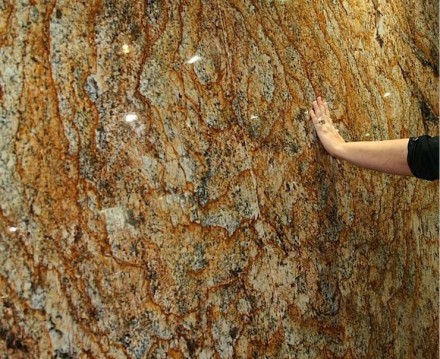 (February 2013) The Brazilian stone branch can look back on 2012 with satisfaction: Despite weak US and European markets, Brazil saw an increase in turnover of 6.08% (2.27% by tonnage). „The positive development was the result of an increase in value of exported goods and more value added products“, according to market analysis by the national trade organization Abirochas („Informe“ 01/2013).

The per capita increase from 15 kg in 2007 to 21 kg was also reason to rejoice. The increase equals a statistical volume of 71.9 million m² of 2 cm thick. 2.1 million m² of these were imported natural or engineered stone.

However the fact that foreign providers of engineered stone were able to gain ground is reason for concern. They brought some 47.48 million US-$-worth of goods into the country. Compared to exports this is, albeit, a mere fraction. But it represents an increase of 57%. Brazil seems to be experiencing a trend which is already in full bloom elsewhere: producers of engineered stone are currently gaining ground in areas which the stone branch could long have called its own.

The outlook for the current year is unusually positive: „exports could increase by 10% or more (value) compared to 2012“, according to Kistemann & Chiodi Assessoria e Projetos, traditionally responsible for Abirochas’ analyses.

Consultants point to a considerable increase in capacity as a result of new multi-wire saws now in use as the reason for the predicted increase. 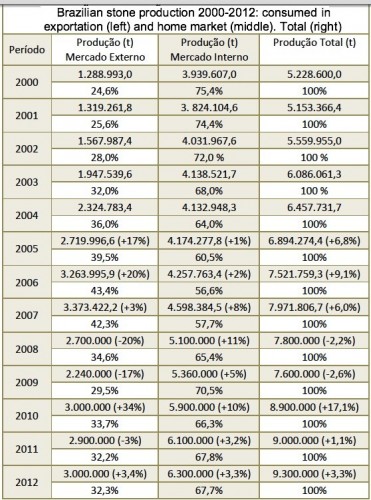