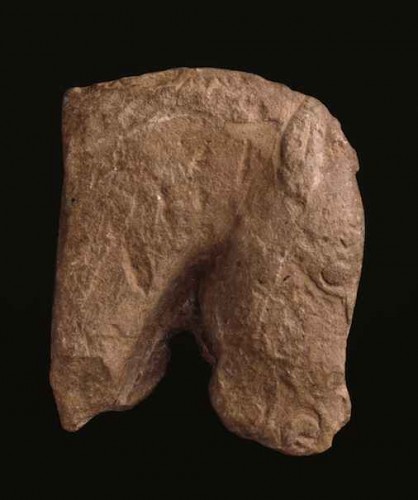 (March 2013) Masterpieces from the last Ice Age are shown in a groundbreaking exhibit at the British Museum until May 26, 2013. These oldest known sculptures, drawings and portraits drawn from across Europe are presented alongside modern works by Henry Moore, Mondrian and Matisse, illustrating the fundamental human desire to communicate and make art as a way of understanding ourselves and our place in the world. The title of the exhibit is „Ice Age art – arrival of the modern mind“.

The pieces were created between 40,000 and 10,000 years ago. Many of them are made of mammoth ivory and reindeer antler, some use stone as material. They show skilful, practised artists experimenting with perspectives, scale, volumes, light and movement, as well as seeking knowledge through imagination, abstraction and illusion.

One of the most beautiful pieces in the exhibition is a 23,000-year-old sculpture of an abstract figure from Lespugue, France. Picasso was fascinated with this figure and it influenced his 1930s sculptural works, as he always pointed out.