Architecture: unmistakable and not to be overlooked 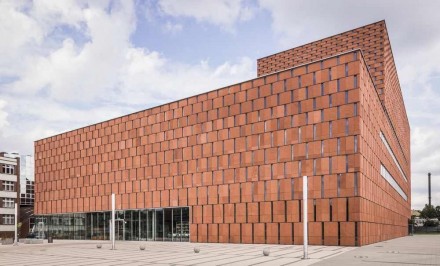 (March 2013) Corporate architecture is a company’s or organization’s commissioning of buildings to reflect the enterprise as a logo would. This type of architecture quickly draws the attention of architectural tourists: e.g. Frank Gehry’s Guggenheim Museum in the previously little-known Spanish city of Bilbao is an example. 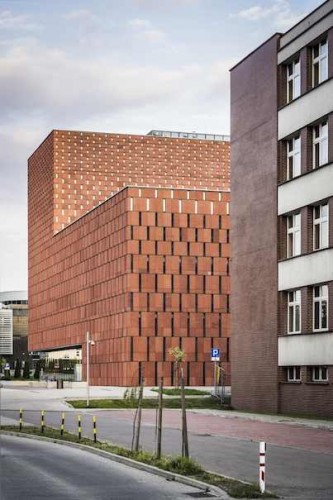 Not to be overlooked is Katovice’s University library in Poland: the red sandstone on the façade is reminiscent of local brick while simultaneously emphasizing the independence and novelty of the complex by means of the striking color.

The rhythmically periodic repetition of stone and glass surface mirrored on the interior is also impressive. 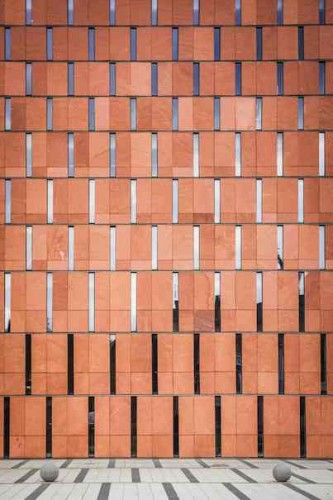 Alternating narrow and wide stripes are repeated on the exterior, more precisely in the entrance pavement. 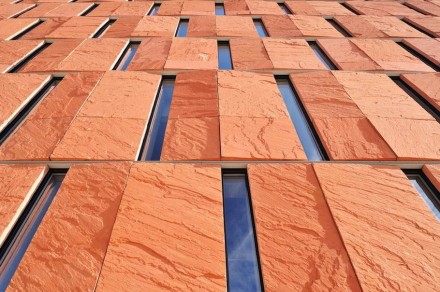 The arrangement of the stone plates follows an intricate system: the pieces on the left are narrower than those on the right. They jut out slightly at the joints. 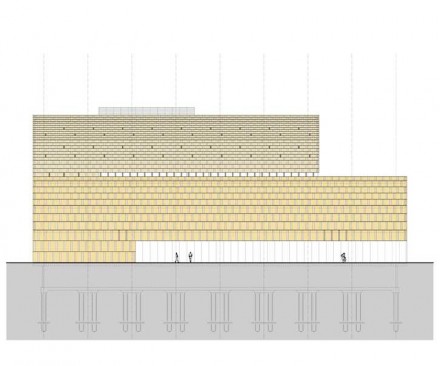 The stone and window rows do not always match the stories on the interior of the building. 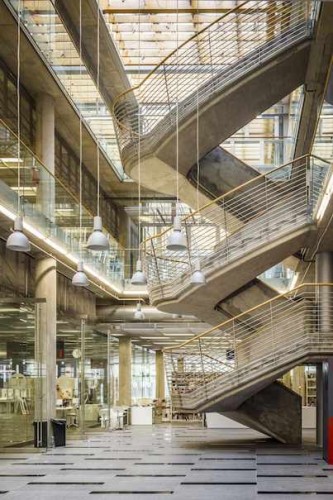 The stripes crop up once more in flooring on the ground floor, specifically as an alternation of flamed and polished basalt. 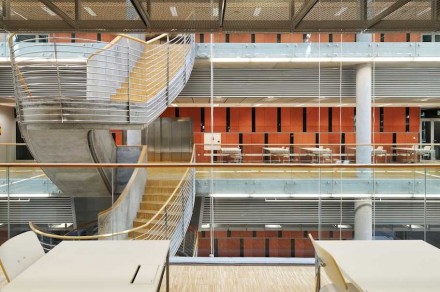 The interior walls also carry the alternation of stone and glass. The stone by the name of „Rich Kahan Red“ is of Indian provenance. 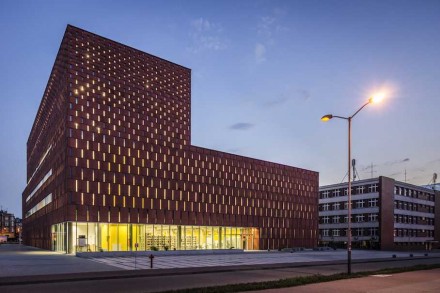 The upper floors are home to the magazine. The library is a joint venture of the University of Silesia and Katowice University of Economics and goes by the acronym CINiBA. 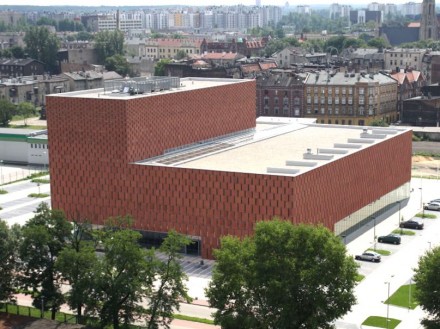