„Without having to explain what it’s about“ 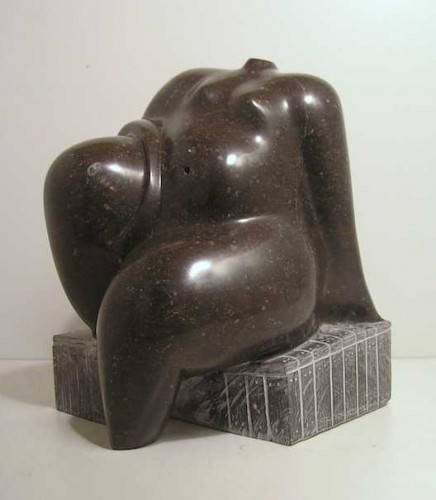 (May 2013) Many of her sculptures are women with prominent shapes: big thighs and buttocks, small breasts, and thin arms, but no head. 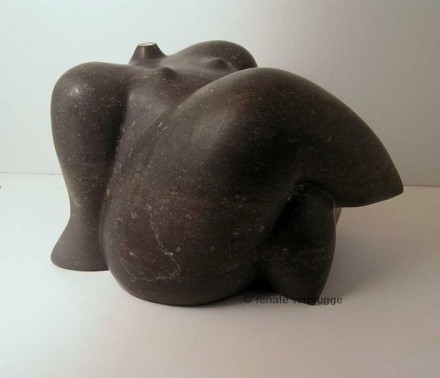 But Belgian-born and New Zealand-resident sculptor Renate Verbrugge protests when beholders project too much interpretation into her „girls“: „In my humble opinion, sculpture … should provoke an emotion, touch the viewer without having to explain what it’s about.“

Pity: we would have enjoyed a digression into meaningful interpretation.

Instead, let us turn to a bit of biography and what led the artist to pursue a life of sculpting in New Zealand.

She grew up in an art-loving family in Belgium but never had the intention of becoming an artist herself. Moving to New Zealand was a decision taken together with her then husband for the sake of the children: „Belgium was too busy and overpopulated to give our sons of 3 und 5 years the childhood we wanted to give them.“

She goes on: „The best choice we ever made.“ And later in the same mail: „Everything I do (in art) I have to thank the Te Kupenga Stone Sculpture Society for.“

4 years after her move she visited the Te Kupenga Symposium in New Plymouth. There, artist Filipe Tohi showed her how to work stone. „Since then sculpting has become my passion in life“ she writes in retrospect. „Now I have made stone sculpture my job and love every minute of it“

The symposium is held every year in January under the auspices of the Te Kupenga Stone Sculpture Society whose aim it is to give local Taranaki Andesit a name in sculpting. The mountain from which the stone derives its name is the dormant Taranaki volcano.

But just as other members of the artists’ community Verbrugge also works in other stone. She prefers hard stone especially Belgian Blue limestone from her birth place, supplied by BMB a wholesaler in Wortegem-Petegem. 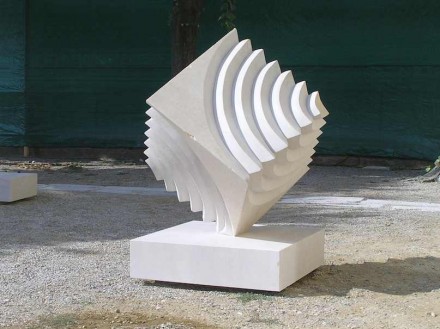 Next to her „girls“ a selection of her work can be viewed on her webpage including geometric shapes like cubes or rectangular solids. 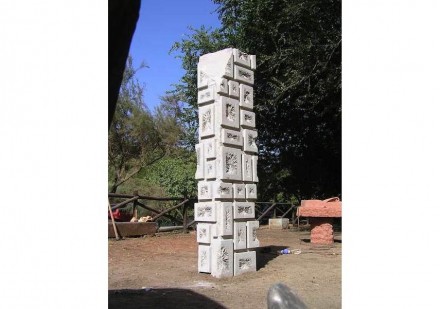 The surfaces are invariably worked to distinct structures.

Two more works are worth special mention: one is multiple figures which the beholder can regroup at will. The other is a pair of boots behind a sheep: a tribute to livestock farmers in the once barren New Zealand. It was produced at the 2012 Te Kupenga Symposium. „The sculpture was very well received by the public who couldn’t help but smile when they saw it“, she writes in a mail and adds: „I like humor in sculpture, I like seeing people smile when they interact with my work.“ 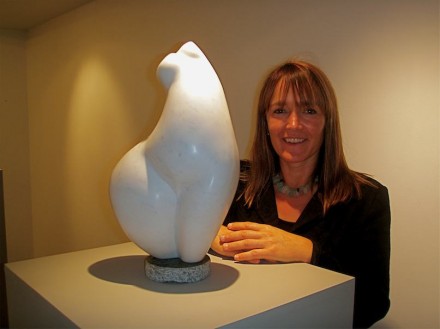