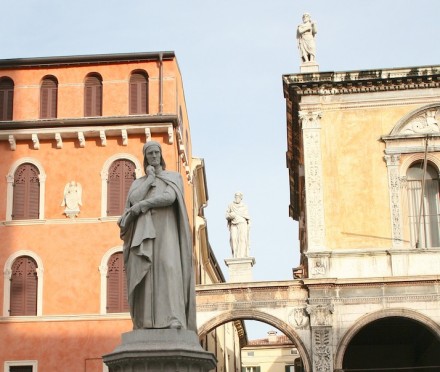 (May 2013) Italy’s natural stone branch shows sustained strength in exports as was calculated for 2012 by the Carrara-based Internazionale Marmi e Macchine (IMM): an increase by a strong 9.8% by value and 4.17% by tonnage as compared to 2011.

High-end, value-added products were also up: a positive development.

But the up-side holds true for only one part of Italy’s stone branch: closer examination is needed to determine whether exports truly made up for recessive demand according to a press release. 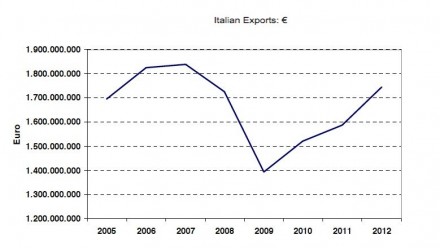 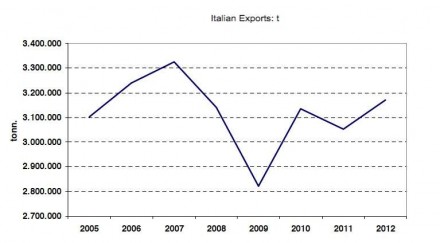 Spread across all types of stone included in the statistics the average value/ton was 221 € (previous year: 224 €).

As to Saudi-Arabia, a higher level than the 651 €/t attained could have been expected. Here Italy’s sales force seems not to have reached out to the wealthy clientele yet. Nevertheless exports reached 112 million € or +61%!

Relations to North Africa, where, at last count, uncertainty due to the civil turmoil surrounding the „Arab Spring“ had caused a recession in Italian exports, now also gave way to optimism. South of the Sahara, Angola, Kenya, and The Democratic Republic of Congo were the best customers.

The main provider was India, albeit with a strong recession (value: -18.6%, tonnage: -25.4%). More material was purchased from Mozambique, Tunisia, and Albania.