A football tournament, a new hall and a new type of copies 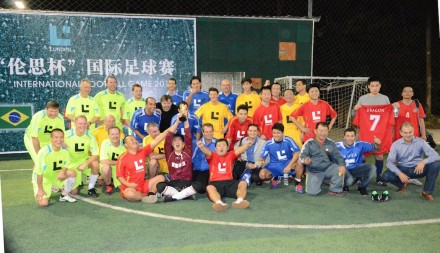 (May 2013) We can assure our readers: the ball was round and made of leather. At this year’s Stone Fair in China’s Xiamen (March 6th to 9th 2013) the „Lundhs Cup“ was awarded to the winner of the football tournament held among members of the natural stone branch. Teams were from China („The Dragons“), Norway („The Vikings“) and Brazil („Samba“), as well as the mixed team „Troy“ with players from The Netherlands, Hong Kong and Brazil. The game took place on the second day of the fair. A local television channel even broadcast the happening. The result: China beat Brazil.

Norwegian-based Lundhs Company not only gave the event its company name but sponsored it as well. The company’s Chinese representative, Bill Wang took over the organization with great verve including reserving the field close to the trade fair grounds, providing the uniforms and hosting a closing dinner for 80 for friends and participants.

The Lundhs Cup was first awarded in 2012 at the Xiamen Fair with participation of a Korean team. The Norwegians had hoped that „some of our friends maybe from Turkey, Spain or Italy“ would participate this year according to the web page.

The Lundhs Cup can be seen as proof positive that the Xiamen Stone Fair, now in its 11th year has made a name for itself on the international stone platform. Some of the journalists already went so far as to report that Xiamen is THE global trade fair for natural stone and that Verona’s Marmomacc is a mere show of the Western World essentially addressed at the European market only. 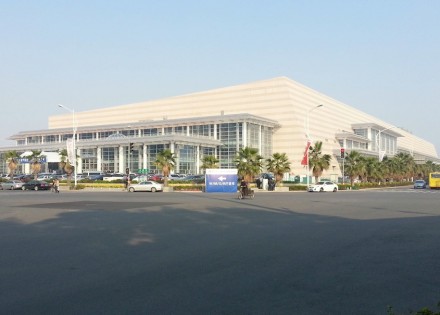 As far as facts and figures are concerned: the fair showed sustained growth in attendance. The new hall for foreign exhibitors brought an additional 32,000 m² of floor space for a total of 160,000 m². There was also an increase in open air space.

The next year is not scheduled to bring further growth in space. Marsha Tsai of the Trade Fair Organization when asked what type of improvement is to be expected, says it is the Organizer’s aim to „improve the number and quality of the visitors and the service of the fair”

Note that the new venue is clad in natural stone, namely in Chinese Granite G682 with two different surface textures, a statement of the value with the Trade Fair Organization attributes to the Stone Fair.

A survey is currently being conducted on the web page to find out if visitors want the 2014 Fair to take place on 5 days.

Scans of a different kind

At this year’s fair appeared a photocopying device of a different kind: Persons armed with special scanners were under way to scan natural stone for reproduction in ceramic, according to critical reports by the trade magazine „Informe“ (03/2013) of Brazil’s natural stone trade organization Abirochas.

Cid Chiodi, trade fair observer and consultant, sees a new form of competition for the so called „Exóticos“, quarried only in Brazil: „Some of our material is already being copied in alarmingly high quality facsimile reproduction and are on sale in dimensions of 1.20 m x 80 cm x 1.4 cm.“ 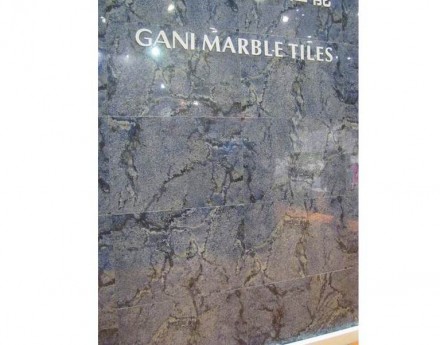