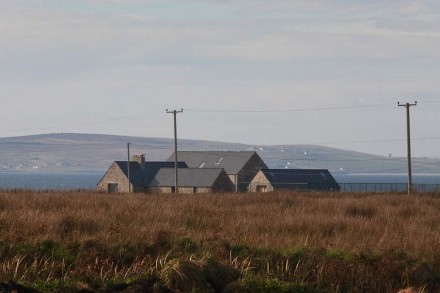 (May 2013) The exterior of the Blacksod Bay-complex is as rugged as its surroundings on the north-west coast of Ireland. Mayo County is constantly exposed to a stiff North-Atlantic breeze often accompanied by stormy weather.

Buildings in the region – and Blacksod Bay is no exception – cringe around an inner court not unlike the wagon forts of the Wild West creating a protected area in the inner court. 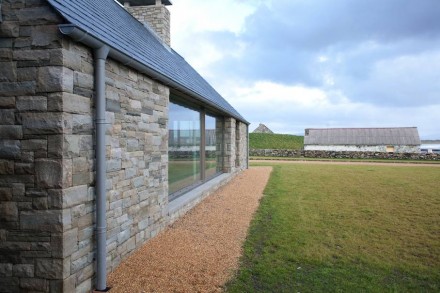 Local Lacken Sandstone from a 30 km-distant quarry was implemented. The stone is as hard as granite and comes in a variety of warm tones.

The insulation layer is 32 cm-thick making the walls a massive 73 cm in strength. The roofing is slate tiles as is common for Irish architecture. 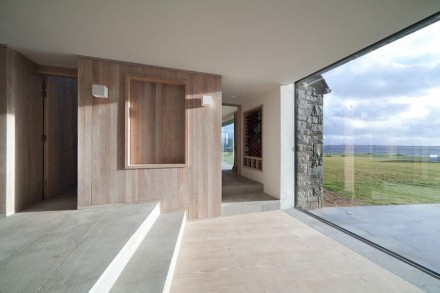 But those choosing to make the coast their home, are friends of rugged nature and the elements. 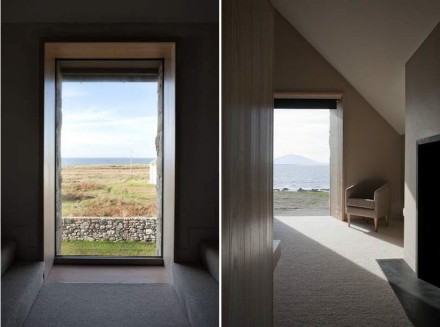 Thus the complex is conceived to allow constant reference to the views of the open sea, islands, and beach. 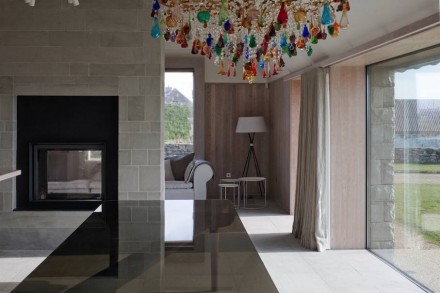 The purist choice of colors on the interior assures that there is no distraction. „We wanted to keep the interior quiet, this was to maximize the views of the surrounding landscape” as communicated by Stephen Haines of Tierney Haines Architects. 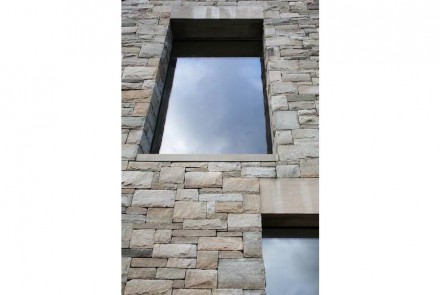 But there is also an optical bond between the exterior and the interior through the material. The sandstone can be found on the inner walls as well – in flamed surfaces. The window sills and plinths give visitors a taste of what awaits them inside.

A bit of historic trivia: The Irish County of Mayo survived a dire period of famine from 1845 to 1849 which cost thousands of lives. Many Irish sought their fortune in America and emigrated during these years. The cause of the famine was not only an aggressive potato fungus but also ruthless exploitation of farmers by landlords.

From 1879 Mayo became the center of the Land League and fought for a land reform and against high leasehold tariffs. It was the birthplace of the word „boycott”: Charles Cunningham Boycott was a landlord ousted by passive protests.