Local history and the unconscious 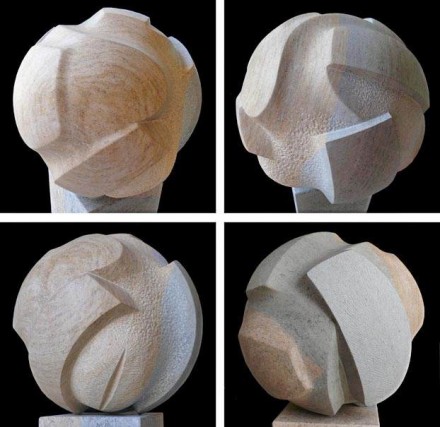 (June 2013) Jason Mulligan’s works cover a wide palate as can be seen on his home page. Some pieces make reference to local history or locations in which they are installed. Most can be found in Northern Ireland and were realized in cooperation with locals in project works.

Some other are abstract, to which he writes: he is interested in the unconscious including the influence of person’s living sphere on their way of thinking.

Jason Mulligan’s roots are in Northern Ireland. For the past 17 years his place of work has been the county of Kent in South East England. He completed his university studies at the University of Northumbria in Newcastle Upon Tyne in Northern England, under the auspices of artists like Paul Mason, Hideo Furuta and Hamish Horsley.

Public Art has been his main field of work during the last decades. The concept of Public Art involves local citizens in the realization of projects with which they can identify themselves and thus strengthen their bond to their living space. 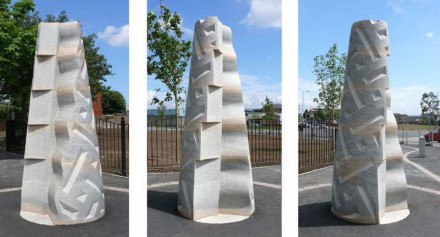 „Winding the Warp“ is an installation in the historic center of the Belfast textile industry. The piece describes the preparation process for yarn in the weaving loom. The artist captured the workflow in stone.

Citizens of „The River Streets“ district were actively involved in the project. Streets in this district bear the names of Irish rivers. By popular request Mulligan designed pillars with reference to the flow of the rivers. One side of „Winding the Warp“ thus bears a stylized wave. 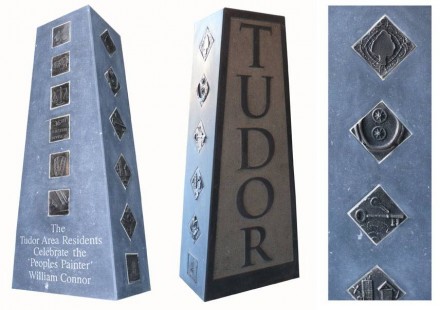 In the case of „Tudor Pillar“, citizens voted for a district landmark to be incorporated in the piece. The artist set up workshops during the course of which amateur artists could train in sculpting in bronze. Now numerous bronze symbols referring to the theme of dockyards adorn Mulligan’s stele. 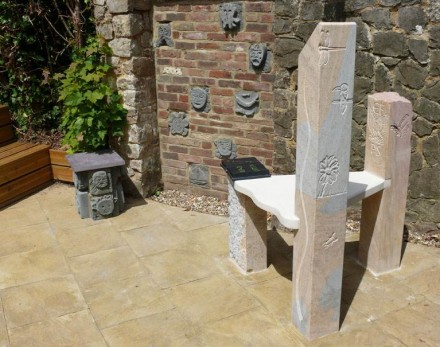 „The Story Telling Chair“ was a joint project in cooperation with a school in Kent. The object was to set up a type of stage. For this project, pupils were trained in the use of hammer and chisel and crafted a fountain and gargoyle like those in the local church. The pupils designed flora and fauna from nature to adorn the chair.

As to his abstract works, Mulligan’s themes are „identity“ and „self“. He describes his work style as „direct carving“ with reference to Isamu Noguchi who once said: „There are two types of artist’s in the world. The first type figures out what he’s going to make and then makes it. The second type makes something and then figures out what they have made. I am the second type.” 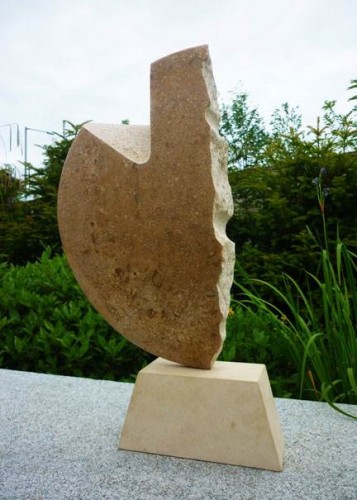 But the material itself also plays a part in the artistic process. „You select stone from the quarry on the basis of its natural form and work it, explore it, cut it and go on a journey across its surface, allowing the stone to sometimes dictate to you how it wanted to be treated.“

Jason Mulligan is an Associate member of the Royal British Society of Sculptors. 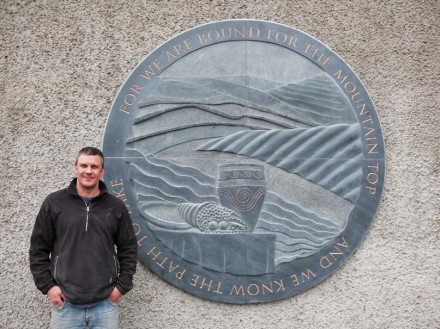