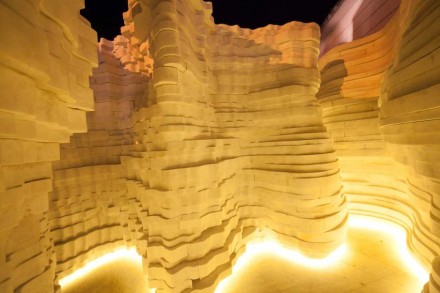 (June 2013) The Turkish natural stone branch presented itself at this year’s Design Week (Milan, April 2013) with its installation „Bathing in light“. As in the previous year, six designers and architects from different countries were invited to undertake something spectacular using Turkish marble and have it realized by Turkish companies. 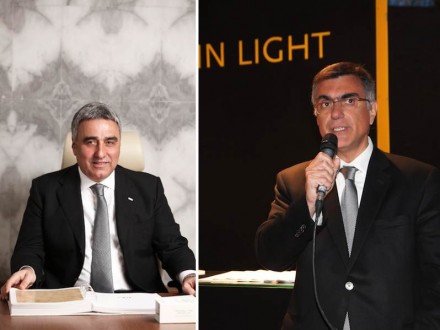 Organizer of the event was, once again, the Istanbul Mineral Exporters’ Association (IMIB) on the initiative of Mehmet Ozer, chairman of the Trade Organization (photo left), and board member Erdogan Akbulak (photo right). Curator and planners of the project were Demirden Design Studio of Istanbul.

The task requirements were admittedly particularly difficult this year as light and marble are two seemingly juxtaposed concepts: light is weightless and speedy, disappears without leaving a trace as soon as, e.g. switched off. Marble, on the other hand, is heavy, dark tangible and has a very long life without changing its form. 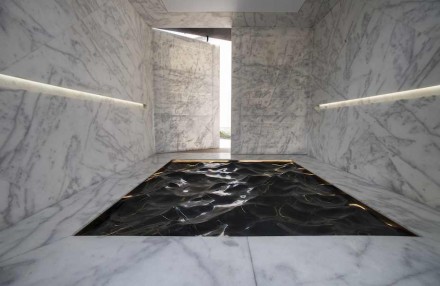 Mathieu Lehanneur of France looked into this contrast in some detail: his installation is comprised of a pitch-black marble slab on the floor. The surface was designed to emulate moving water – breaking light was designed in form of waves. The title, fittingly: „Liquid marble“. 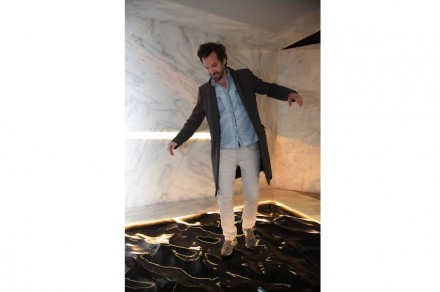 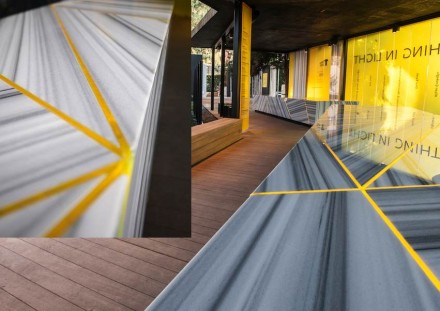 Demirden Design crafted the reception tables for the presentation. Here, too, light was the main theme – in form of yellow stripes in marble with conspicuous vein. 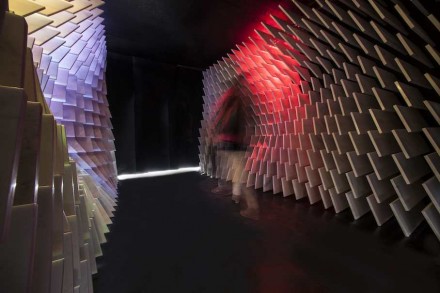 Alisan Ciarakoglu’s Istanbul office wed marble with natural and artificial light in „Deep Light“. In the interior of the installation colored flood lights caressed the walls. 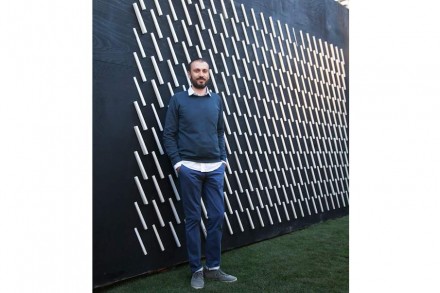 Marble slabs breached the walls – where the artificial light was turned off, natural light from outside filtered the daylight seeping into the room. 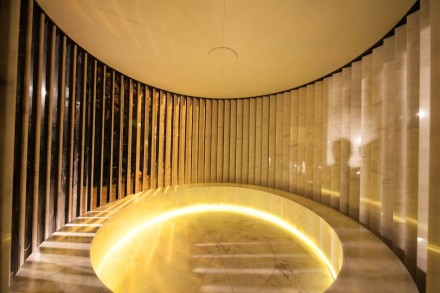 „Nebula“ by two sisters from Bursa, Ece and Ayse Ege of studio Dice Kayek makes reference to Turkish bath houses. Wall-mounted stone lamellae can be pivoted allowing light to flood the interior and then again shutting it out. When the walls were moved jets installed in the floor conveyed a feeling of bath-house-atmosphere. 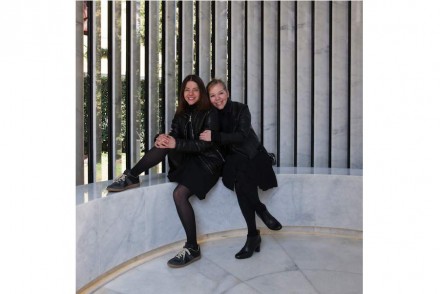 The installation brought another contrast to light. The change from light to dark demonstrated the passing of time. Natural stone’s longevity makes it unique. 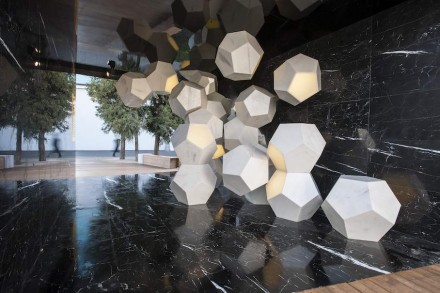 Doriana and Massimiliano Fuksas, both born in Rome, took the inner world of stone as a starting point for their installation by the name of „Asia”: dodecahedral bodies emanate from black marble on the floor and walls. 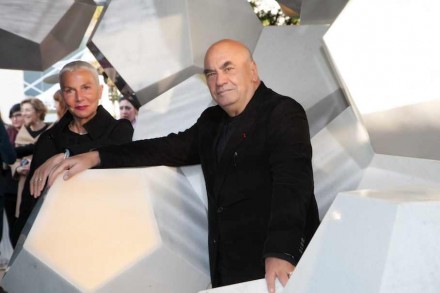 The bodies represent minerals which in turn symbolize elements of the stone according to the installation’s description. 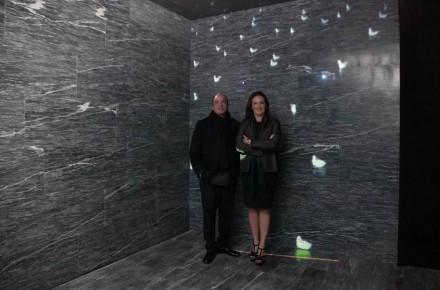 And last but not least Turkey’s Melkan Gursel Tabanlıoğlu and Murat Tabanlıoğlu with „Forms of Continuity of Space“ in crystals sparkle and gleam from polished marble surfaces representing light. 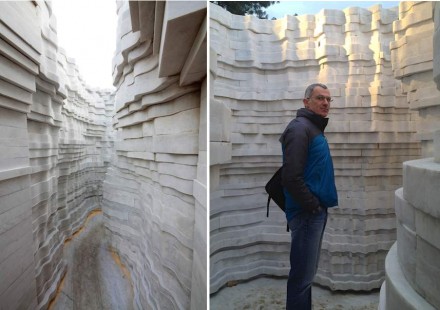 French resident and Israel-born Arik Levy addressed visitors and encouraged them to „Become Marble” with his slim larger than man walk-trough canyon-installation (photo top of page). The walls are made of layered material like sandstone and limestone.

In his description he tells of his spontaneous idea which came to him when he received the invitation to the project. „I just wanted to hug one and become marble.“