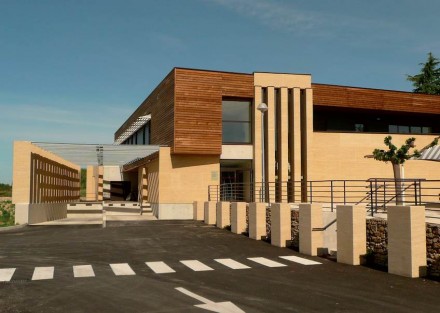 (July 2013) France is the world leader in massive stone construction. No wonder then, that this year’s French Architectural Awards (3e Concours d’Architecture Pierre Naturelle) went to some promising examples.

One is the annex to the Duché d’Uzès Hospital near Avignon and Nîmes. The ground floor serves as a storage area, the story above is as administration offices. Brayer-Hugon Architects clearly separate the functions optically on the façade: the ground floor is made of massive stone blocks, the story above is clad with pine wood – both typical examples of local material.

Building in massive stone has various advantages: the most important is the insulating properties of the 40 cm-thick stone blocks. The constant temperature on the interior of the building is 20º C whereas in the winter temperatures remain at a constant 19º C despite weeks of below 0 temperatures. 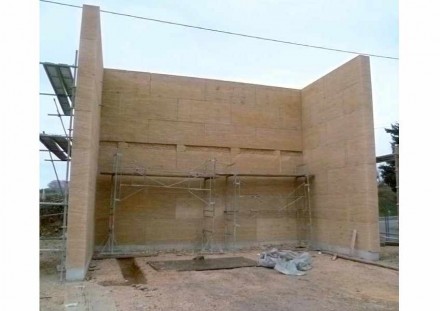 This type of building can be erected in the shortest time. The stone blocks are 2.10 m x 0.90 m and are brought in place with the help of a crane. What with a mass of 2.5 t / block, gravity holds them solidly in place. The blocks can be brought into place directly from the lorry thus saving storage area. After filling the joints, the basic construction is complete.

One drawback is that the windowsills are relatively narrow due to sort lintel elements – not a problem in this particular case as the storage area needs no daylight. 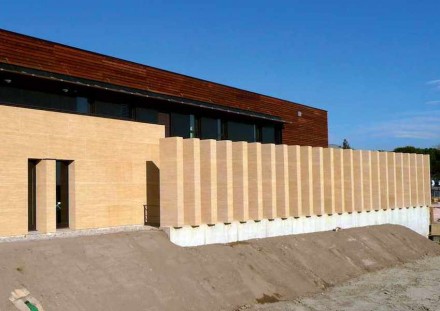 The narrow windows in combination with the vertical columns of the façade reflect the sections of the storage area inside. 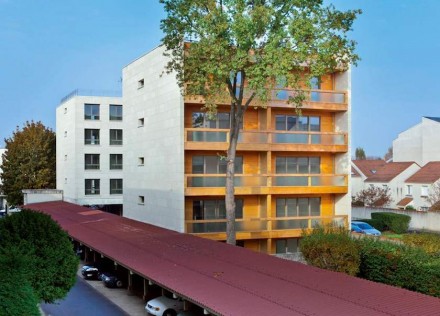 In the case of two dwelling complexes in Bry-sur-Marne only the ground floor is made of concrete. Floors above are made of massive stone on 3 sides whereby the façade with balconies were made of wood. 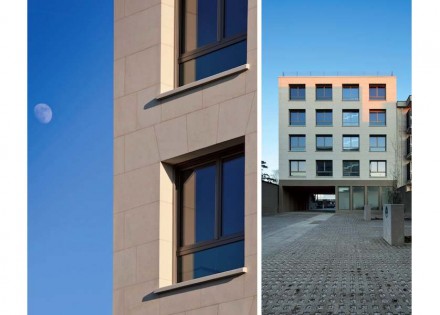 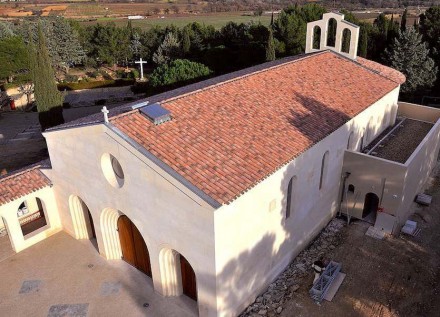 Puimisson’s Saint-Joseph Minster by Narbonne was originally planned to be built as we build today: concrete walls and a bit of stone cladding. 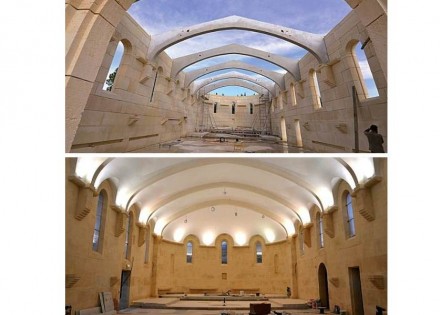 Fortunately the architect awoke the interest of the Brothers of the Holy Order for massive stone walls which would be able to carry the weight of the roof. 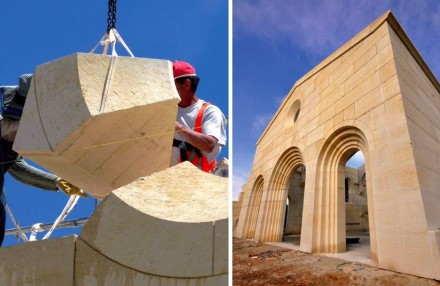 Planning was placed in the able hands of Daniel Ferrand Architects and the Bureau d’Études Calder Ingénierie. Atelier du Grain d’Orge, and Proroch und JFP Construction were entrusted with construction. 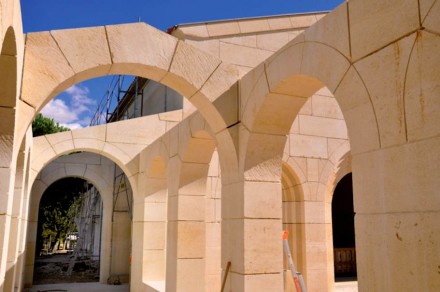