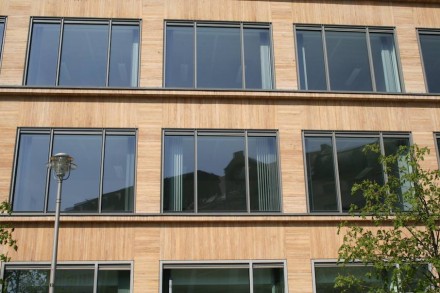 (July 2013) „Demand for natural stone in Germany is nearly constant“, according to the Deutscher Naturwerkstein-Verband in a market survey published in time for the Nuremberg Stone+tec trade fair. There was a downturn in actual consumption (-3.8% by value, -4.9% by tonnage), however the trade organization classifies this as natural statistical variation. Figures relate to finished products only.

Natural stone is „profiting from the increased ecological awareness of the general population“ according to the press release and goes on to state that „particularly the upper class home building sector“ is targeted to profit as natural stone is an exceptionally durable high-value material mirroring a well-to-do-lifestyle. Signs of increased demand for natural stone in the garden and landscaping sector are becoming apparent.

Imports of finished value-added products were nearly constant compared to the previous year (see table). Exports, on the other hand, were up. Local production was more or less constant.