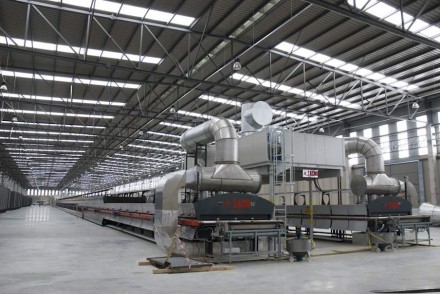 (July 2013) The European Commission has started an anti-dumping-proceeding against Chinese producers of engineered stone or agglomerated stone. The initiative was started by A.St.A. Europe, the European Association of Agglomerated Stones Manufactures, which represents about 25% of European production of these materials combining stone powder with resin as binder.

In a press release, A.St.A. states that „low Chinese prices which lay under production costs clearly indicate that their objective is not to obtain benefits but to gain the European market.” It is considered that „most importers of agglomerated stone from the People’s Republic are applying dumping policies aiming to gain the European Union market and consequently deleting all European competitors”.

To fight these dumping practices, A.St.A. has requested the intervention of the European Union to guarantee fair market conditions, right economic stability, and to stop the illicit behavior of Chinese importers.

In the proceeding now started, evidences have to be presented that the low Chinese prices are really based on unfair subsidies by the government. At the end of the process, the commission may impose anti-dumping-taxes of firstly 11,8% going up until 47%.

A.St.A. warns, that due to the the illicit behaviour in China „all the qualitative investments of the European industry are being unfairly neutralized by the dumping practices of Chinese importers who, in addition, are provoking European industry drastically reduction or even ending of investment in innovation. The main European producers are using currently only about 50% of their production capacity. The industry is not only suffering in production levels, sales and economic margin but also in the financial costs derived of the non exploitation of the industrial investments.”

In June 2013, the commission had imposed anti-dumping-taxes against imports of certain types of solar cells stemming from China.