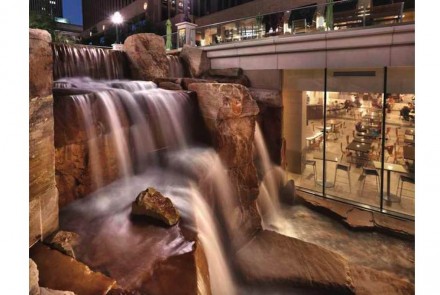 (July 2013) In 1847, when the settlers arrived in Salt Lake City, the City Creek was a natural spring-fed stream. A century later it was moved underground to prevent flooding in the new urban areas. Since 2012 the Creek is reborn as a massive watercourse running through the City Creek Center mall.

The fountains and cascading falls were honored with a Grand Prize of this year’s Coverings Installation & Design Awards (CID). A $1,000 cash went to designer Ross Nadeau of SWA Group in San Francisco and installer KEPCO+ of Salt Lake City. 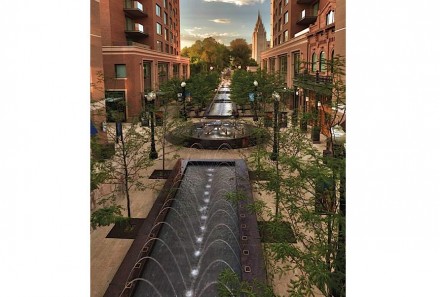 The new above-ground, man-made creek bed stretches over 12,000 feet and cascades over three waterfalls, the tallest of which is 18 feet high. 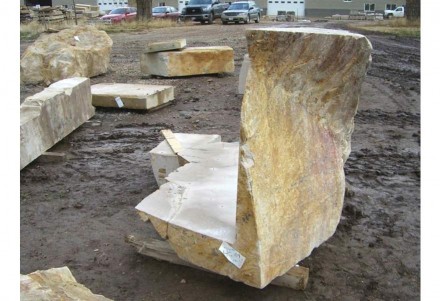 3D-models of each cascade were created to assist in the careful selection of the project’s 275 boulders. The stone was quarried locally so that it would be natural to the area and consistent to the designer’s desired color range. As each boulder was selected, the model was updated to reflect the size of the actual boulder.

The project schedule only allowed 6 weeks for installation; an impossible feat due to the amount of hand carving required to ensure each bolder would fit properly and maintain the specified 1/4“ jointing. 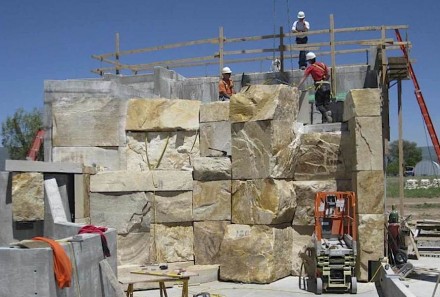 To overcome this challenge, the installer constructed the entire cascade at an off-site facility as a mock-up. 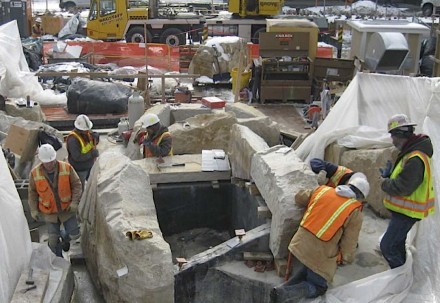 After final adjustments were made, the massive cascades were then dismantled and reassembled on schedule in the mall.

The man-made creek meanders through 2 city blocks. The water is pumped over 25’ at a rate of up to 200 gallons/minute. It drops almost 40’ in elevation from beginning to end. Construction of the cascades took over 3 years from drawing to completion, with over 15,000 production man hours logged. 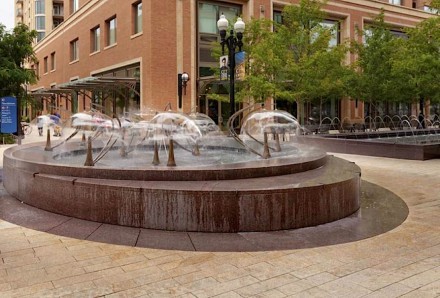 In the Coverings Installation & Design Awards 15 outstanding stone and tile projects from across the USA and around the world are recognized. The CID Awards celebrate creativity and technical know-how in the use of stone and tile in residential and commercial projects. 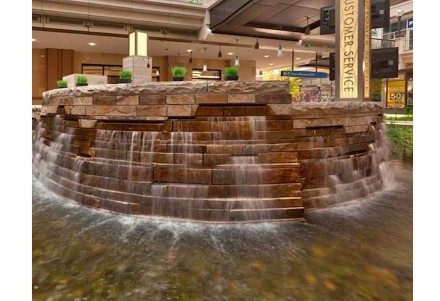 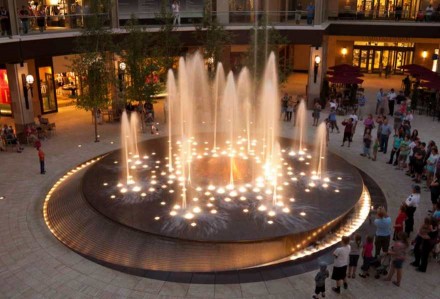