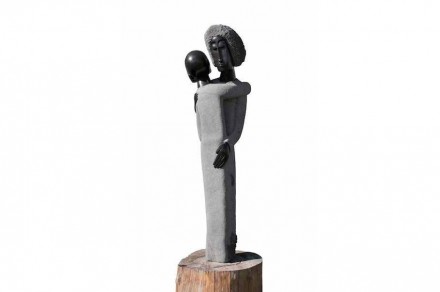 (September 2013) In fact he pursues one single theme, albeit a large, multifaceted one: the theme is love. Sometimes his work depicts 2 persons and their relationship to one another. Sometimes entire families, conservation of nature or home feeling is the underlying subject of his work. 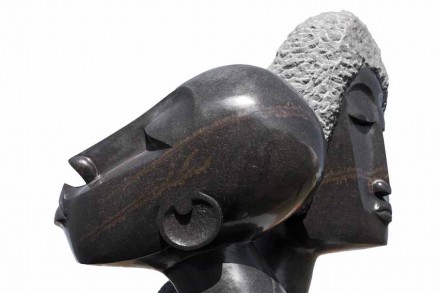 The 45-year-old Zimbabwean Gedion Nyanhongo left his African country of birth in 2007 and moved to Phoenix, Arizona with his wife and four children. He was granted a 0-1 visa reserved for outstanding scientists and artists.

In a lengthy mail he explains that he wanted to get to know different cultures and saw the USA as an ideal platform for intercultural exchange without racial prejudice. 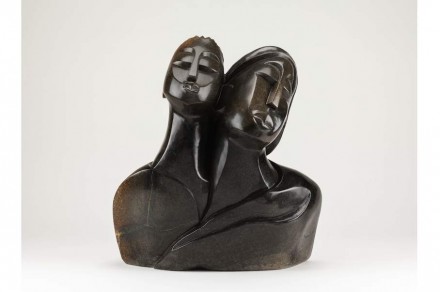 Exchange is very important in the 21st century where people come together from all over and must live according to universally accepted values, he writes: „Love between people, sharing life by hugging, and greeting one another”. He sees himself as the „Stone sculptor of the 21st century”. 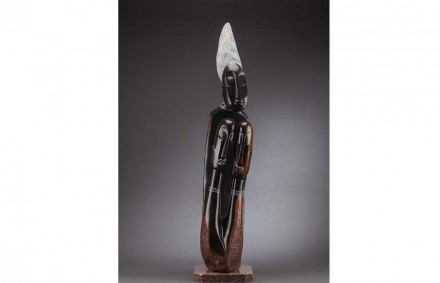 His basic attitude towards life and the world is only positive: „We live in a challenging and exciting era … I would like to install the positive thinking into the younger generation through art.“ 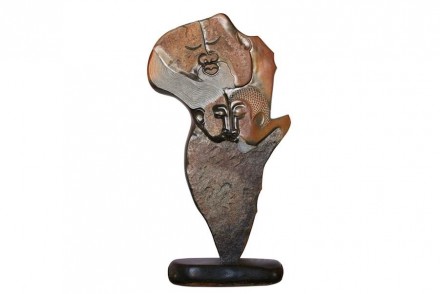 But Nyanhongo is also concerned: „So many people seem to forget about their heritage”. Which is why he has taken it upon himself to materialize Africa as the cradle of mankind’s culture: „It is Africa where the seeds of human expression first blossomed.” 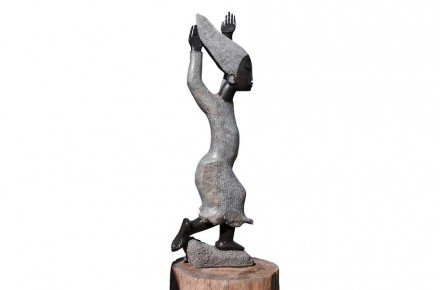 Gedion Nyanhongo spent his youth on the countryside. As a child he tended goats and sheep and finished the chores in the field before walking the 9 miles to school, he writes.

Art came to him through his father Claude, himself a famous artist. His elder sister, Agnes, who also works stone, was also an important figure for his artistic development. 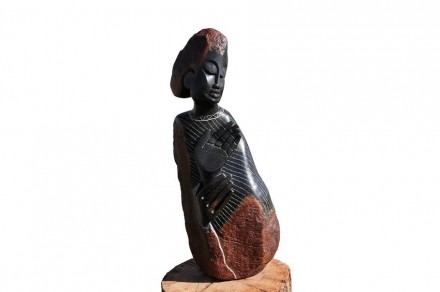 Zimbabwe looks back on a long tradition of sculpting natural stone. The name „Zimbabwe” is based on a Shona term for Great Zimbabwe, an ancient ruined city in the country’s south-east whose ruins are now a protected site. The name itself is derived from translation of the Shona dialect: Karanga dzimba-dza-mabwe, meaning „large houses of stone”, i.e. the ruins of a city some 20,000 strong and surrounded by the Towers of Great Zimbabwe some 10 m high dating back to 1000 to 1500 a.D.

The art of sculpting stone must have been in full bloom already back then. Sculptures of Zimbabwean birds have been found and now adorn the national flag. The stone was a type of soapstone known as „Springstone“.

Zimbabwe calls a number of unusual stone types its own. The jet-black Nero Assoluto granite is a prime example of commercially important export stone. 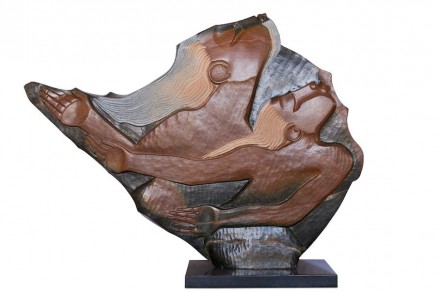