Pinnacle Awards: Houston’s Harris County Courthouse in Texas has been restored to its original marble glory 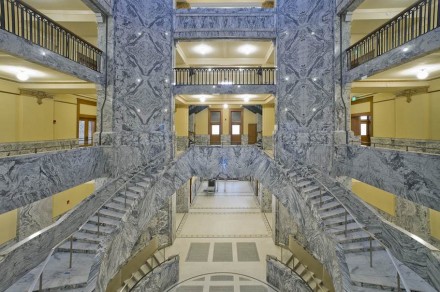 (September 2013) „Southern Jewel” was the name Texans fondly gave the Harris County Courthouse originally completed in 1910. And rightly so, as recently came to light: work on the building’s exterior and public spaces inside restored its original appearance and showed the full glory of rich marble splendor as might be expected of story-book palace. 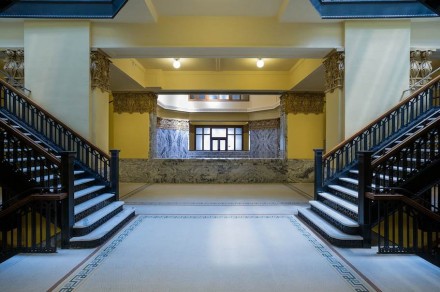 The stone work won one of this year’s coveted Pinnacle Awards of the Marble Institute of America (MIA).

The original building was the work of Architects Lang and Witchell, who conceived a number of buildings and monuments now listed in the National Register of Historic Places (NRHP) among them the Harris County Courthouse. 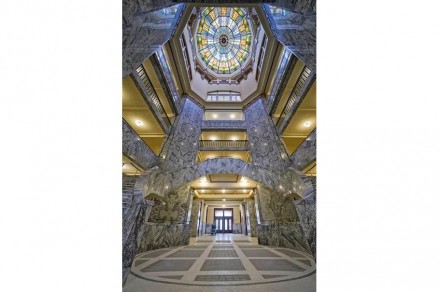 The interior comes together in a hub extending upward to a 6-story rotunda and culminating in a stained glass mosaic dome. 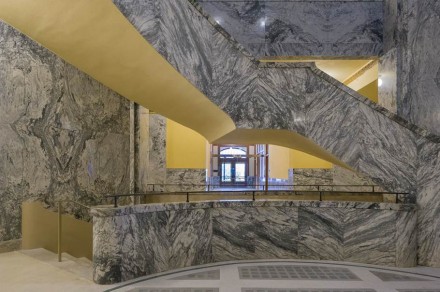 Visitors to the rotunda are overwhelmed by the masses of marble magnificence of the walls as well as the two staircases. Beholders will be hard-pressed to find such a large surface book-match or diamond-match (quarter match) arrangement of marble components anywhere else in the world. 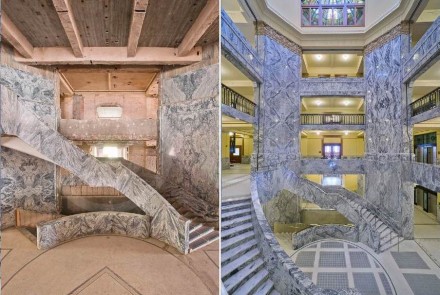 Hard to believe that this is the same building that was refurbished in 1953 when the zeitgeist demanded puritan sobriety. In that year, the glass mosaic elements were removed and a mezzanine was built between floors. Elements of the marble stairwell were used elsewhere in the building and the flooring was covered over after trenches were cut to accommodate cable work.

Half a century later the heritage spirit allowed a return to the original splendor without shame. Restoration work, whose planning began in 2003 was, in itself, an unusual project which included collecting, reassembling and cleaning elements of the original building. Slabs of Georgia Pearl Grey marble also had to be reintegrated into the original patterns. A difficult undertaking, as raw blocks were cut in a different manner back then. The task was taken on by Tennessee Marble. Stone was provided by Georgia Marble Company/Polycor working the original quarry of so called „Creole” marble. 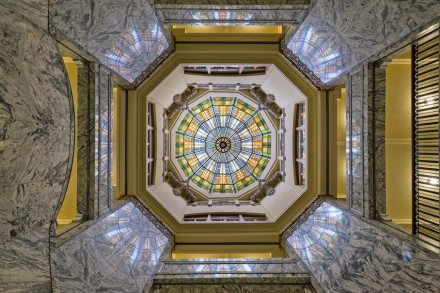 Though no drawings or photos of the original stained glass skylight were found, the design is based on similar pieces dating back to the period when the court house was originally built. Even the flooring in the elevator cabins war restored in the original natural stone. 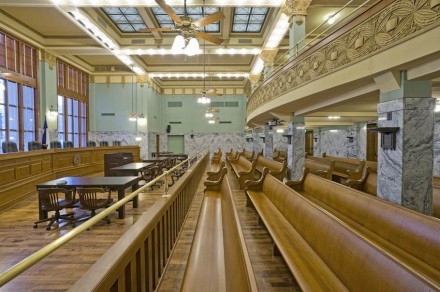 Two of the building’s courtrooms were also restored to their original condition.

We could recount endlessly on the result of our research but instead, let us present some magnificent photos by Nash Baker taken during restoration and refer to Camarata Masonry’s web page for more details. 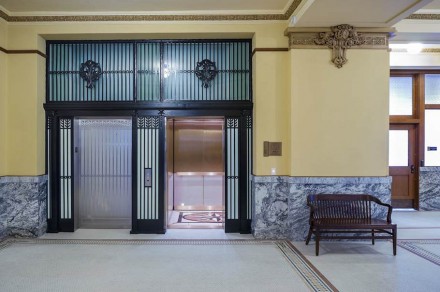 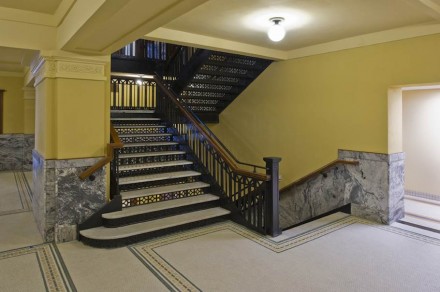 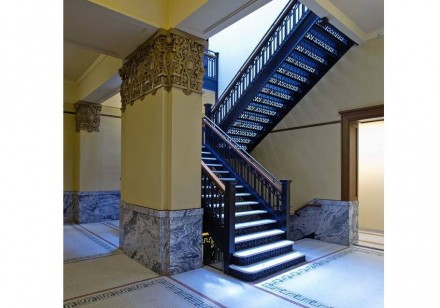 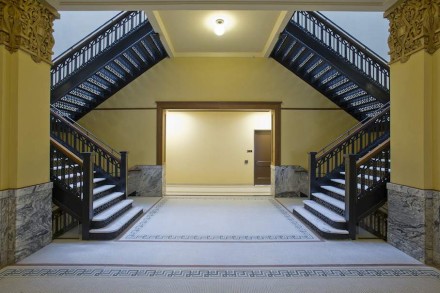 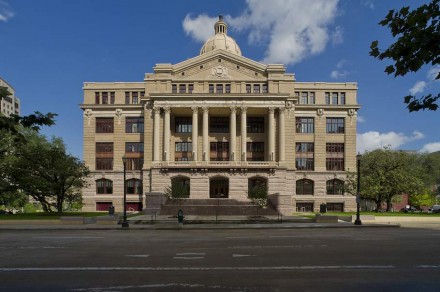 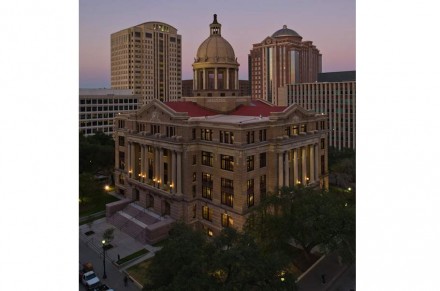