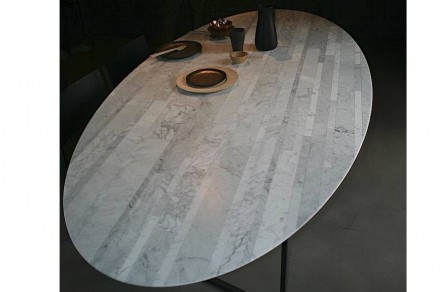 (October 2013) Recycling of natural stone is on the move. Alfredo Salvatori was recently endowed with the Italian State Prize for Innovation „Premio dei Premi” (price prize) for their product Lithoverde. The award was handed over by President Giorgio Napolitano.

Salvatori brought Lithoverde on the market in 2011. An idea as ingenious as it is simple: Fusing strips of wastematerial left over from trimming slabs or raw blocks created a new laminated piece of natural stone which could be used e.g. as a table top. 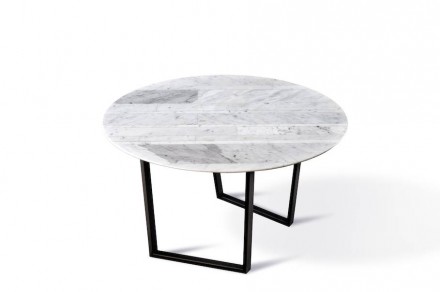 Admittedly there is more to the process than that. The adhesive is a special composition which already was given the ecological seal of approval SCS thus branding Lithoverde as a natural product through and through comprising 99% natural stone and a mere 1% resin and none the less „a new and beautiful stone in its own right“.

Recycled stone can help building contractors obtain the coveted LEED-Certification for use of sustainable material.

Note: many of the more popular types of natural stone are already recycled. Sandstone, e.g. was once sand or corrosion from alpine rock. Limestone was originally shells and exoskeletons from the bottom of the oceans, and marble was once limestone which delved back into the inner depths of the globe once more turning to hard rock under enormous pressure and heat.

But this form of recycling takes eons to complete and thus goes hardly noticed. 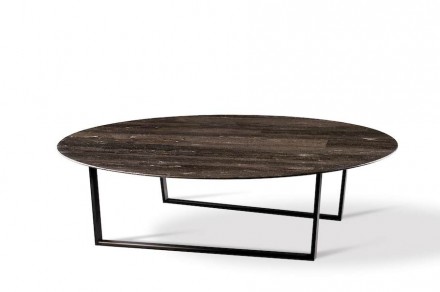 This spring Salvatori presented his collection of tables by the name „Dritto“ during the furniture trade fair in Milan. Designer Piero Lissoni also used Lithoverde for his work.

By the way: „A magnificent mistake“ by Israel’s designer Ron Gilad was part and parcel of the presentation. The pieces went by the title „A swing“, „A smoking roof“, „A stack of paper“ and „Footprints“, respectively. 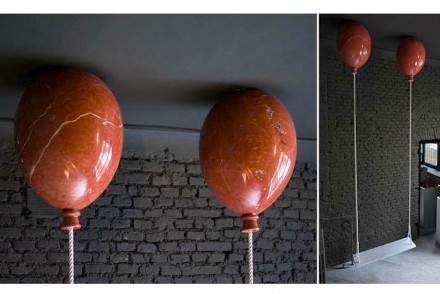 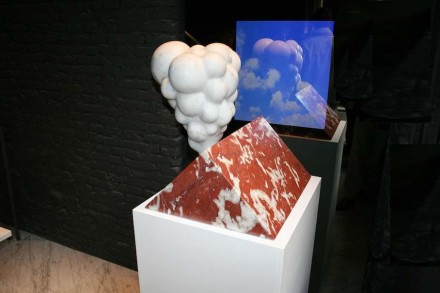 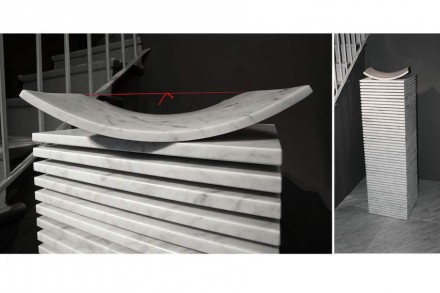 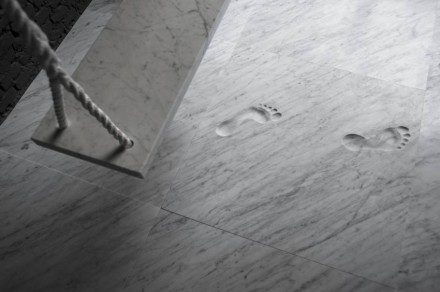 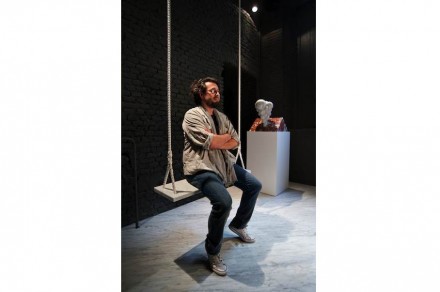