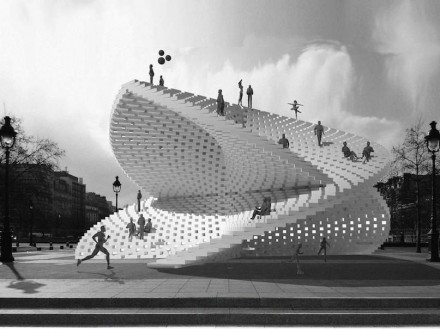 (October 2013) „Natural stone, the durable alternative“ („La pierre, l’alternative performante“) was the title of a competition for young architects called out by La Pierre de France Company in cooperation with trade magazine Pierre Actual. The aim was to design shelters for public transportation while testing novel means of implementing natural stone. 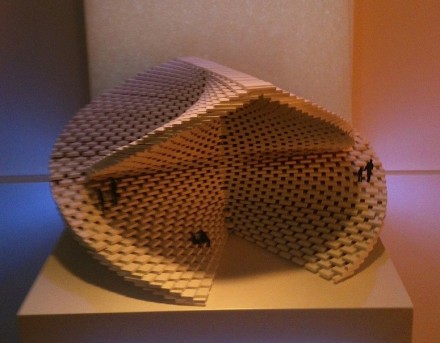 First prize endowed with a purse of 2,000.00 € went to Jeanne Moullet and Hugo Badia Berger who presented less of a traditional shelter, but more of a small concert hall as one might expect to find in a public park. The principle of construction is based on the famous steps of the Opera de Bastille and is composed of stone slabs in standard sizes one atop the other like a double-helix spiral staircase the elements of which serve as seating and roof.

A pdf explains the principle in more detail. 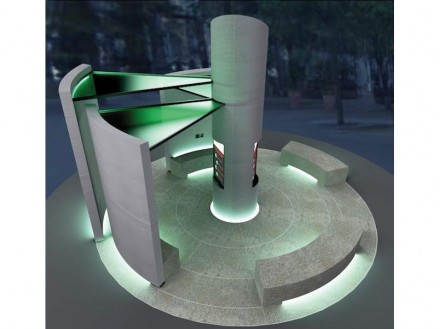 Second prize in amount of 1,000.00 € went to Nicolas Mohoric who took the assignment literally: he conceived a modular system of cylinder segments around a pivot or shaft. Glass roof segments protect from precipitation. Stone benches provide seating on various levels. The central shaft has monitors and outlets integrated. 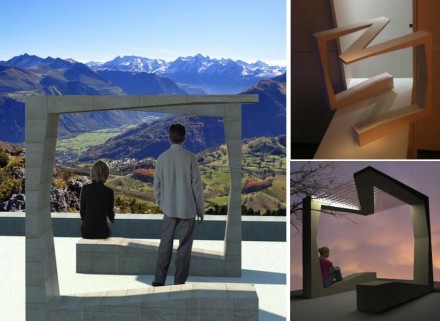 Third prize (non-remunerated) went to Rosario Hugo Antonio for his idea of seating in a variety of shapes with an integrated roof based on the simple cube. 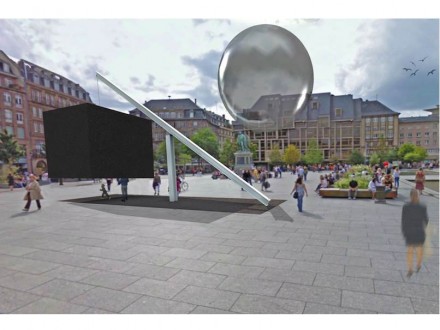 A group of four students took honorable mention for their idea based on the two elements of La Pierre de France’s logo, a cube and a sphere which they transposed into a solid body and a balloon. There is sufficient room under the stone for exhibits or protection from the elements. „Stone rebelling“ was the title of the work.

A total of 30 submissions, 14 of which came from students and 16 of which were tendered by architects with less than 5 years career experience. Bookstorming, a publisher for architecture, organized the competition.