Marmomacc 2013: Natural stone staged just like in a theater production 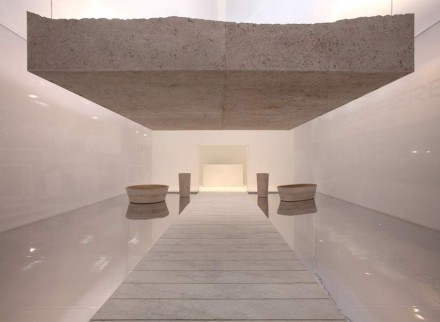 (November 2013) At the 48th Marmomacc ( September 25th to 28th ) natural stone was one of the actors, that is to say that the material was used to achieve unique effects and make a statement. 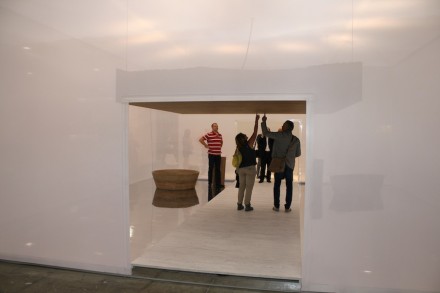 Curtains opened the Pibamarmi stand where architect Alberto Campo Baeza caused a very large raw block to levitate and it them seem light as a feather. To underline the effect and make the scene seem even more surreal , the entire stand was clad in gauze – an effect regularly achieved by stage-managers when dimming the lights for the audience.

Particularly at Italian trade fairs, theatrical mise-en-scene are nothing new. But natural stone was always earth-bound, standing, laid down, or at the utmost suspended – but to let it fly… well that was something hitherto unseen. By the way, the block was not solid rock but was made of ultra-thin stone layers. 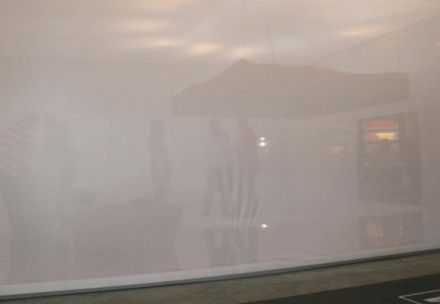 Campo Baeza called his work „The Stone of Sisyphus“ alluding to great mass and weight.

In theater the viewer is free to interpret the scenes at will, thus we, too, wish to deliver our interpretation: the flying stone facsimile reminds us that natural stones often carry misleading names or colors deepened by chemistry.

As far as the figures around Marmomacc are concerned, they were not fully available upon publication. 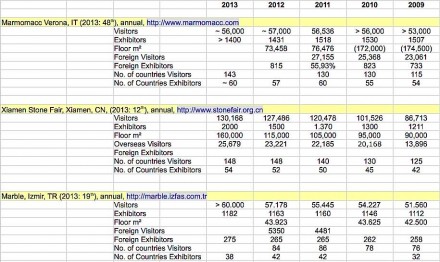 We juxtaposed the Marmomacc figures to those of Xiamen and Izmir. The trends are clear. But note that the Xiamen Fair is not merely a trade fair, so the number of visitors includes private persons. Also, the organizers calculate the floor space using different methods thus obtaining different results.

And a novel element in the organizers‘ concept: „Marmomacc Meets Design“ is now „Marmomacc & Design“ . Whereas product design and interior design in stone had been the focal points of the event, the wide open field of communication design is now being investigated.

To this end, the fair’s organizers in cooperation with the Istituto Europeo di Design (European Design School) in Milan invited aspiring young designers and stone producers to come up with innovative statements all around natural stone.

Unfortunately the results were not effectively communicated, so visitors were at a loss as to what they were seeing in parts of Hall 7b – communications has traditionally been a week spot of Marmomacc (and its dedicated PR-Companies must not be blamed for the problem).

We show some of the works below.

The next Marmomacc is scheduled to take place from September 24th to 27th 2014. 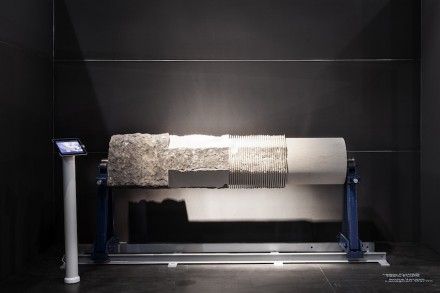 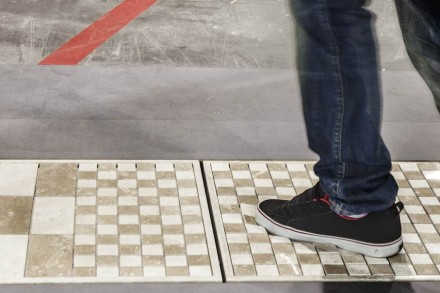 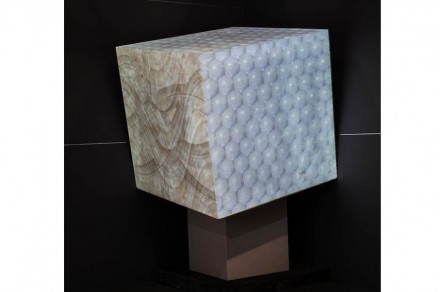 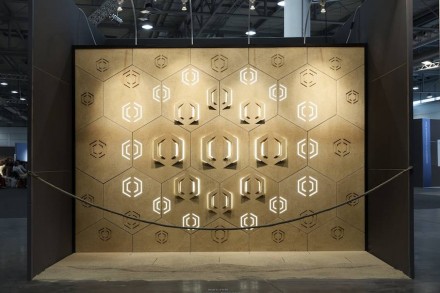