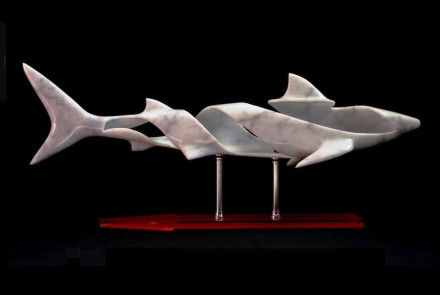 (January 2014) Some of his work is hollowed out leaving only an outer shell. He uses „the empty space as material“, according to John Bizas‘ web page. This makes his sculptures „very thin, light and delicate“, allowing light to play on the interior. 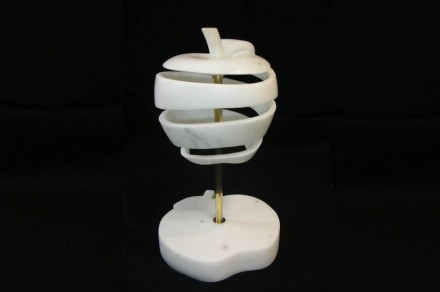 We add: it also gives his work a status somewhere between reality and phantasy and allows the beholder to add his own views. 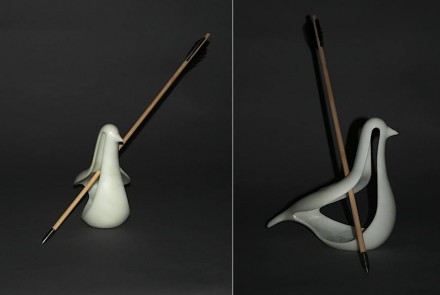 His work deals with the problems of our world such as environmental disasters, wars, decay of society, etc. The titles of his pieces merely broach the themes allowing the beholder to practice freedom of interpretation. „I believe that’s better because every person has his or her own way of thinking“ he writes in a mail. 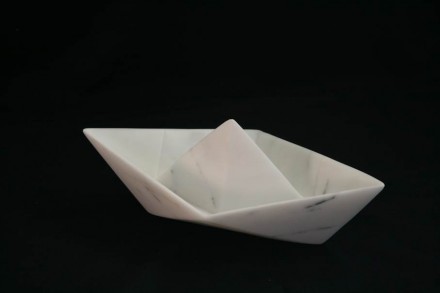 John Bizas was born on the Greek island of Chios. As a child he often watched his father work marble including artistic details for commissioned interior design. At the age of 11 completed Ioannis, the Greek version of John, his first sculpture which sealed his fate.

Later he worked on the island of Tinos, well known for its marble quarries and ateliers. Later he moved to Italy to refine his skills as a sculptor in ateliers near Carrara and Pietrasanta where he still lives today. 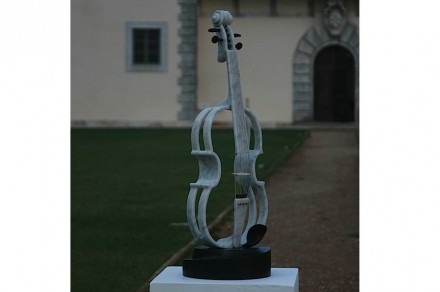 But even if his work is reduced to a minimum of material, he places great importance in details. His violin titled „Culture”, e.g. comes complete with a chinrest and tuning pegs made of wood along with a number of other details in original materials. Contrasting material is an important element of his work he writes. 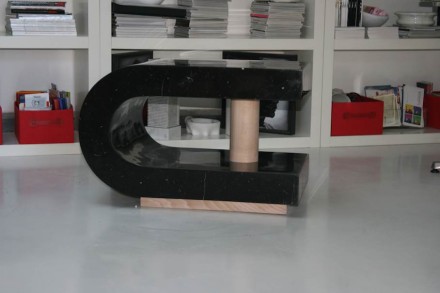 He also works as a designer, e.g. in the case of his stone and wood „Magnet Table“ curved like a horseshoe magnet. The pieces are produced in limited editions. 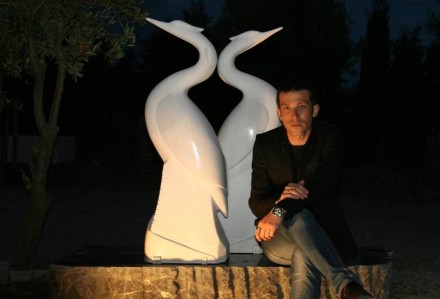