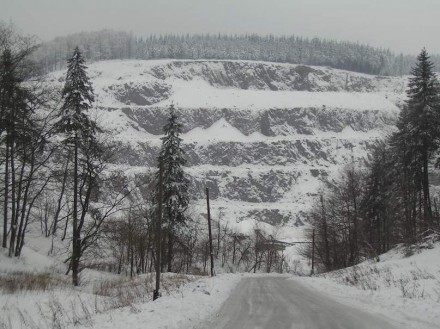 (January 2014) Globally, natural stone trade fairs are at a turning point and seeking a new profile. Poland’s most important trade fair, Kamień-Stone has the most recent news in this respect: the joint organizers have decided to go their separate ways. Which, in turn, means that there will soon be yet another event for the stone branch.

Wrocław’s Geoservice-Christi will put on an event of its own in South Poland bearing the name „Jarmark Kamieniarski” (Stone Marketplace) giving a hint as to its profile. The event is not set up to be a classical trade fair according to Marzena Kantor of Geoservice-Christi.

A distinguishing factor will be the size of the stands which will mainly be no larger than 25 – 30 m² and a bargain for stone masons and other target groups who are meant to use the event as a base and opportunity to present themselves to consumers.

But Jarmark Kamieniarski is aiming not only to attract stone masons as exhibitors but also as consumers and purchasers. Therefore the event takes place from March 28th to 30th 2014, the beginning of the season when companies tend to put in their orders for tools and material.

The venue is to the hall next to the historic Hala Stulecia or centennial hall in which the old Kamień trade fair already had taken place. Simultaneously, a building trade fair will take place in the Hala Stulecia.

One of the weaknesses of the Poznań trade fair was always that craftsmen and tradespeople from the south of the country were reluctant to travel 150 km to the industrial city in the country’s center in part due to the poor condition of roads and public transport requiring a two-day trip to complete the visit.

Insiders soon realized that stone masons want a warm and friendly atmosphere rather than the chick the industrial center had to offer.

In Poznań MTP, will realize a new fair under the name of „Stone“ in November, specifically from the 26th to 29th this year. Presumably its profile will be directed beyond the country’s borders with stronger focus on Mid and Eastern Europe. Poznań’s strength as a venue is that it is easily accessible and has a central railway station close to the fair grounds.

By the way, Poland boasts another stone trade fair, namely the Interkamień which will take place from April 11th to 13th 2014 in Kielce an area of regional importance to the South-Eastern portion of the country.