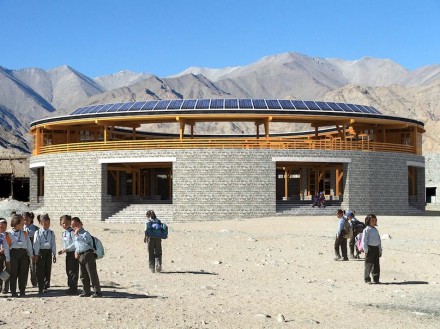 (January 2014) The International Awards Architecture in Stone was once again delivered at the Marmomacc Trade Fair. It was Marmomacc’s XIII hosting of the biennial prize celebrating the best building ideas in stone from the present and the past.

One of the deserving winners was Arup Associates architects for their participation in Druk White Lotus School in Ladakh, India. Natural stone from the foot of the Himalaya-Mountains was implemented in vernacular architectural style. 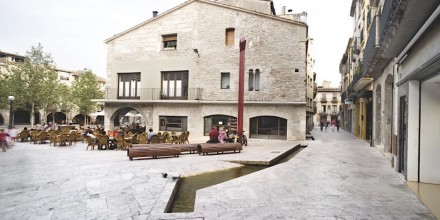 Another of the prizes was awarded to Josep Mias Architects for their re-qualification of the historic town center of Spain’s Banyoles.

One of the particularities was the street-level ducts meandering through the town center since ancient times. The typical building material was Banyoles Travertine. 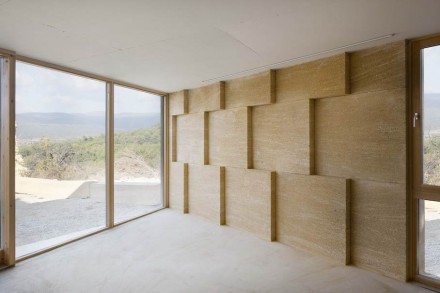 Building in solid stone and recycling of natural stone were the themes for architectural professor Carl Fredrik Svenstedt, who was awarded a prize for his work: a „Stone House“ in France’s Lubéron made of reclaimed Pont du Gard limestone.

The building belongs to the Lubéron Nature Park and includes the ruins of an ancient stone farm-house. 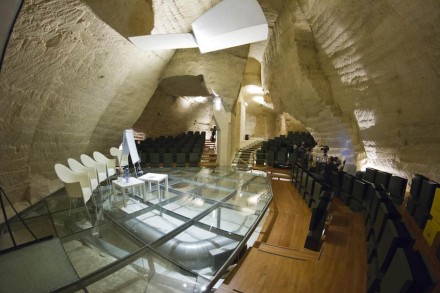 Honorable mention went to the planers of Ufficio Sassi Matera for their design of the Casa Cava Cultural Center in Southern Italy’s city of Matera.

Consolidated volcanic ash, called tuff, makes up the slopes in which recent cave dwellers crafted shelters given the status of world cultural heritage by the Unesco in 1993. 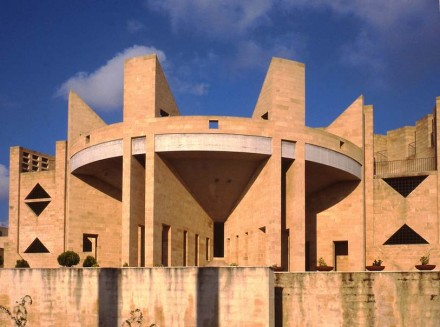 The prize in the category „Ad Memoriam“ (In Memory of) went to the Italian architect Alessandro Anselmi (1934–2013) for his design of the Parabita Cemetery at the southern tip of Italy’s boot together with Paola Chiatante.

The tandem had an important influence on Italy’s architecture of the 1970’s with their necropolis. Caparo limestone was used. 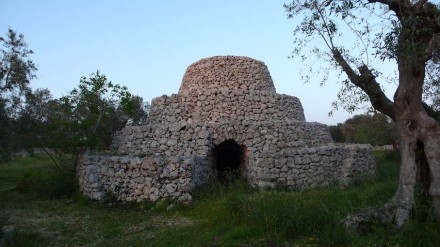 The prize in the category „Vernacular Architecture“ was awarded for numerous dry-stone architectural projects built from recent times and all the way back to late Stone Age and Age of Bronze, and which can be found all around the Mediterranean today. Perhaps the megalithic prehistoric structures were the work of „anonymous architects“ travelling from Portugal to Southern Italy as speculation published in a trade-fair  press-release might have it.

Prizes also went to Alberto Campo Baeza of Spain and Max Dudler of Germany whose work had already been presented in an earlier publication (1, 2).

The award-winning projects are expounded in the publication „Re-Load Stone“ (Vincenzo Pavan, Arsenale Editrice, ISBN 978-88-7743-392-3 with numerous texts in Italian and English language).