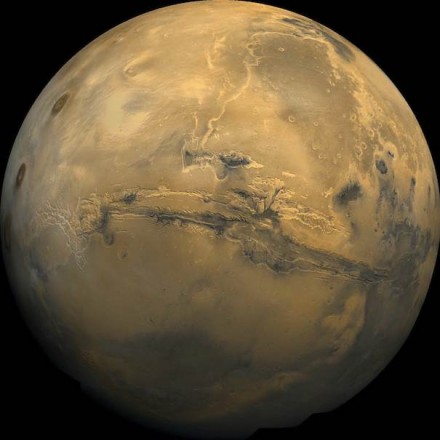 (January 2014) US-President Barack Obama has named Dr. Rossman P. Irwin III, a geologist at the Smithsonian’s National Air and Space Museum in Washington D.C., a recipient of the 2012 Presidential Early Career Award for Scientists and Engineers. Irwin, a staff member in the museum’s Center for Earth and Planetary Studies, was recognized for his research in the role of water in shaping the landscape of Mars.

The three most significant findings by Irwin and his colleagues include evidence of complex climate change on Mars, river channels that are similar in size to those found on Earth, and Martian lakes that overflowed to produce large floods. The research suggests a variable change in climate rather than a simple decline.

Irwin joined the Center for Earth and Planetary Studies as a staff geologist in 2012. The department performs original research and outreach activities on planetary science, terrestrial geophysics and the remote sensing of environmental change. Its scope of study includes work on Mercury, Venus, the moon, Mars, asteroids and some satellites of the outer solar system, as well as corresponding field studies in analog regions on Earth.

After receiving his doctorate from the University of Virginia’s Department of Environmental Sciences in 2005, Irwin completed a post-doctoral appointment at the Smithsonian in 2010. From 2010 to 2012, he worked for the Planetary Science Institute as a visiting scientist at NASA’s Goddard Space Flight Center. He received a bachelor’s degree in geological sciences from Virginia Polytechnic Institute in 1997 and a master’s in environmental sciences from the University of Virginia in 2000.

„The impressive achievements of these early-stage scientists and engineers are promising indicators of even greater successes ahead,” said Obama. „We are grateful for their commitment to generating the scientific and technical advancement that will ensure America’s global leadership for many years to come.”

Along with 97 other federal researchers, Irwin will receive his award in a ceremony early in 2014. The program is coordinated by the Office of Science and Technology Policy within the Executive Office of the President. Awardees are selected for their pursuit of innovative research at the frontiers of science and technology and their commitment to community service as demonstrated through scientific leadership, public education or community outreach. 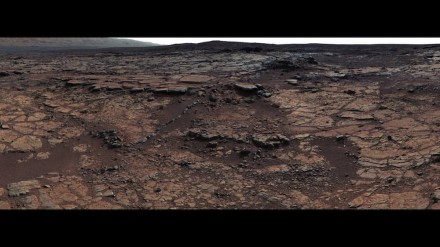