„Trees“ of steel and their „foliage“ made of stone 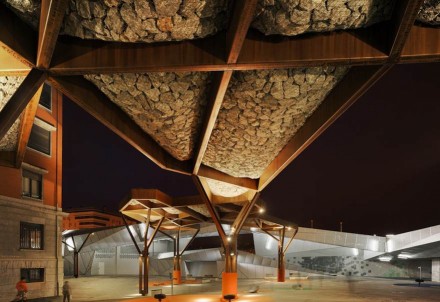 (January 2013) Spain’s city of Barakaldo boasts „trees“ of a special kind in its Plaza Pormetxeta: they are made of steel and their „foliage“ is made of stone posing the question: to what end? and how was this done?

We asked the planners of Xpiral Arquitectura and MTM Arquitectos. As to „why“, the explanation can only be understood in context (see below). 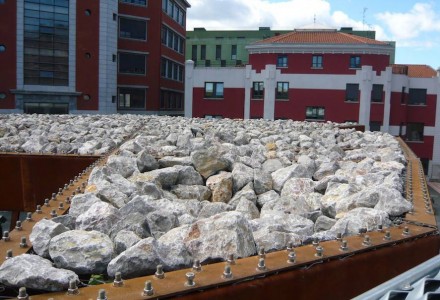 „How“ is simple: „branches“ and „twigs“ are a network of strong Corten-steel on which stone chips are placed. 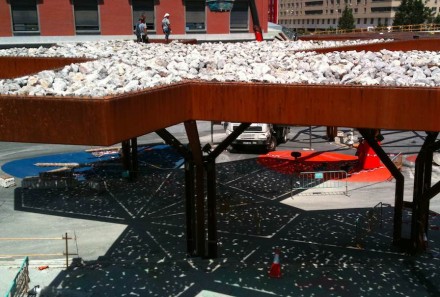 The overall impression is of foliage with varying play of sunlight depending on the time of day.

As to „why“: in fact the entire Pormetxeta-Plaza is a steep slope leading down to the Nervion river. Formerly this was home to heavy industry long defunct. The region was deserted and run-down.

Efforts to revive the area caused quite a stir culminating in the European Union’s awarding of the Mies Arch Architectural Prize.

At first architects had envisaged passage via the slope with a 20 m difference in altitude. The paths were paved to provide better access between the river bank and the city. 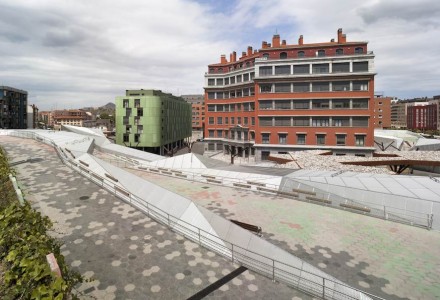 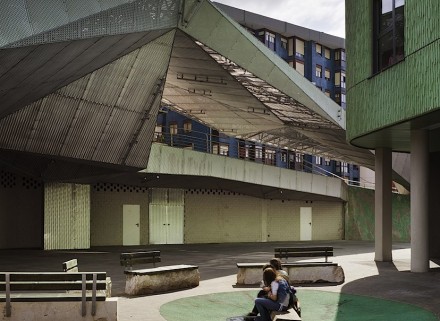 The paths were not only paved but in part built with a canopy of light metal mesh providing space for small shops and leisure. 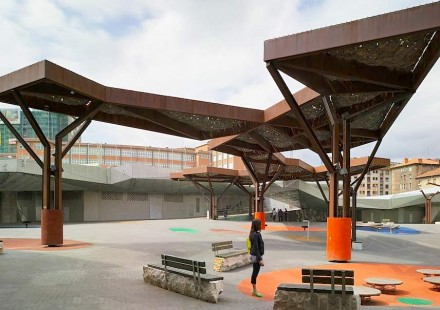 The main point of attraction of the complex is its steel-stone „forest“. The sheer mass of the „canopy“ lends a gravity to the work and sets the pivotal center lending optical weight in counter-balance to the steep slope. „The heavy stones on the tree structures act as a sort of horizontal stabilizer“ according to the architects „the effect would not have been possible with other materials“. 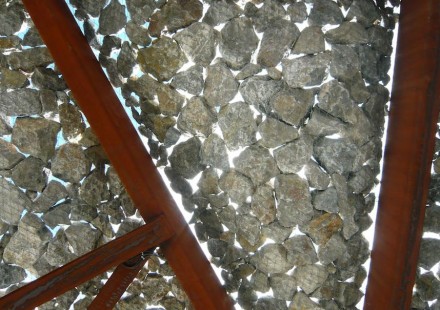