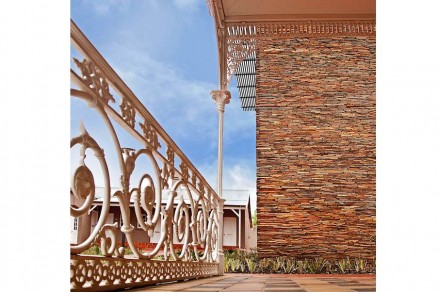 South Africa’s Pietermaritzburg is the headquarters of Ingonyama Trust. The Organization is in charge of administration of land traditionally owned by the king for the benefit, material welfare and social well-being of the Zulu nation.

Zulu king Goodwill Zwelithini kaBhekuzulu together with 8 members of the board acquired the Villa Sans Souci in Pietermaritzburg, an architectural gem completed in 1884, as a headquarter for the Trust. The building, once dilapidated, as was the property surrounding it, are among the Republic of South Africa’s prized national heritage monuments.

So much to the background – but first the building was in dire need of restoration. And a second building for administration had to be erected from scratch. Planning was tendered to ICA Architects & Urban Designers who also designed the side building incorporates a great deal of analogy to local geology: bright yellow to red slate was used. The shape is a basic rectangle. Thus the playful relief loses none of its charm. 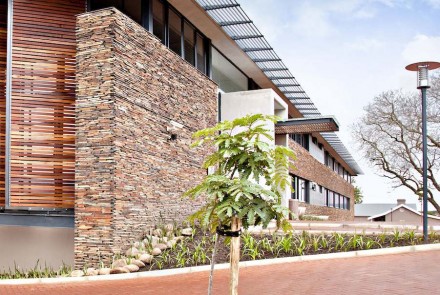 The administration building is three stories high and three stories high was the requirement of the slate which needed to be mounted. The slabs are admittedly fused to the reinforced concrete shell. However steel T-squares were used to keep air circulating between the concrete wall and the stone slabs. The mass of each stone slab is 150 kg/m². What with the total length being some 64 m the total load is considerable.

Stacking the slate was done manually on site. The slabs were affixed using a special adhesive produced by TAL Company. Viewed from a distance the new building resembles the traditional buildings as can be seen across the country’s interior. 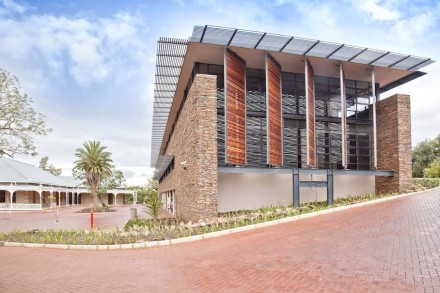 The opposed narrow fronts of the building are picture-window glass whereby the oversized blinds are worth special mention: the color of the wooden splints draws an analogy to the wide building fronts. 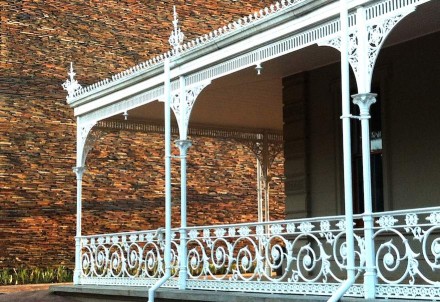 The new building makes a decidedly African impression – in contrast to the old villa which was built for a businessman who hired a German architect as well as craftsmen from France and Italy to do the work. The style is distinctly German Neoclassic. 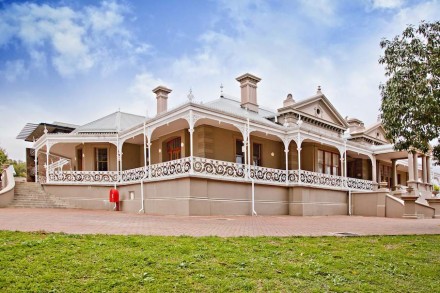 ICA Architects’ Ismail Cassimjee who led restoration work was challenged by the fact that there were no blueprints for the building.

The fittings had been ordered by catalogue and imported from Europe. „Everything would be shipped out and they would put it together. Today you would call it a ‚systems building’ — the Victorians were very good at it” according to a newspaper clip. 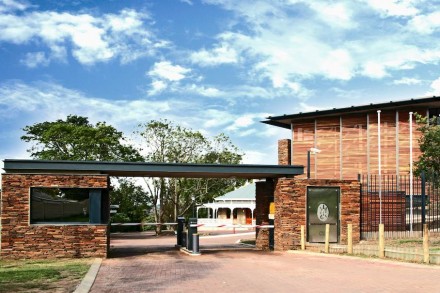 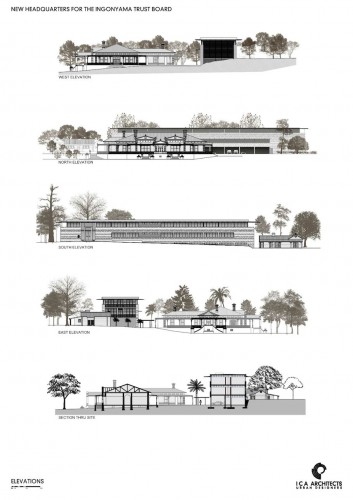