Warning: session_start(): Failed to read session data: files (path: /var/lib/php/sessions) in /home/www/wordpress/wp-content/themes/stone-ideas/functions.php on line 10
 China: „Our main target must be to increase stone consumption in the domestic market” - Stone-ideas.com

China: „Our main target must be to increase stone consumption in the domestic market” 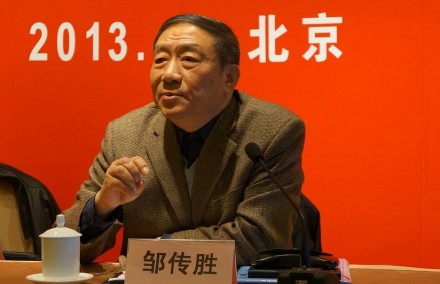 Last November, at the Third Plenary Session of the 18th Communist Party Central Committee (CCCPC), important decisions were taken for the future of the Chinese economy. Mr. Zou Chuansheng, President of the China Stone Material Association (*), explained to Stone-Ideas.com’s Peter Becker what is new for the stone sector.

Stone-Ideas.com: One of China’s main aims is to stimulate consumption at home, media reported from the Plenary Session. What does this mean for the stone sector?

Zou Chuansheng: Domestic demand has always been the main market of the Chinese stone industry, accounting for approximately 85-90%. According to the spirit of the Third Plenary Session, the key is to expand the consumer market, i.e. the home decoration market. To this end, we will develop a series of standardized stone products for interior design and interior architecture needs.

Stone-Ideas.com: How will the marketing for stone at home be done?

Zou Chuanheng: We need to pay special attention to media reports about alleged radioactivity emissions from stone. Based on the Code for Indoor Environmental Pollution Control of Civil Building Engineering (**) the message must be spread that stone is a clean and safe material. For this reason, we have published the Chinese Natural Marble White Paper (2013). In this field, the China Stone Material Association will also take several actions together with the companies for the publicity of the excellence of stone in respect of elegance and nobility to all consumers.

Stone-Ideas.com: What will be done on the production side?

Zou Chuanheng: It is, in short: responsible usage of resources, improved planning of quarrying, update of technology, reduction of energy consumption, less pollution. China must become an ecological society and the stone sector will be part of this development. Therefore, all companies in the sector have comply to the new specifications on clean production (***), released last year.

Stone-Ideas.com: How are these new ideas transferred into company reality?

Zou Chuanheng: Recently, China Stone Material Association has organized a round-table meeting with 5 of the most important stone companies (****). They will be the vanguards of modernization, so they will be the ones to show how the aims can be reached in practice.

Stone-Ideas.com: More stone consumption in China is a main target, you said above. Does that imply turning away from exports?

Zou Chuanheng: Export efforts will be kept on a high level, of course. In this field, we will direct some of our activities to the so called emerging markets.

Stone-Ideas.com: How did the Chinese stone sector in 2013 compare to the period one year earlier?

* China Stone Material Association is the nation-wide stone trade organization. 1000 companies ranging from producers to manufacturers and traders are its members. Membership is voluntary.