Winter Olympics 2014: the home of the Curling granite is still for sale 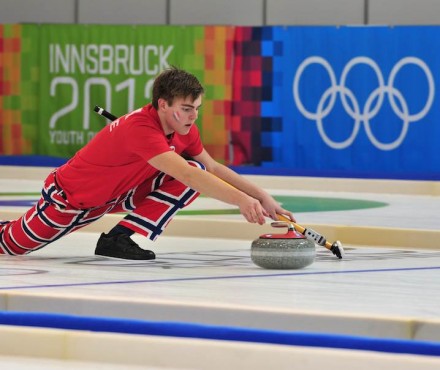 Prices have already gone down: while 2 years ago, the Marquess of Ailsa had put the volcanic island of Ailsa Craig for £ 2.5m for sales, we „rediscovered“ it these days for only £ 1.5m, so to say. What makes the little piece of stone located in the outer Firth of Clyde between Scotland and Northern Ireland worth Stone-Ideas.com’s mention is its quarry for the ‚blue hone’ granite.

That is the material used for two-thirds of the Curling stones. Since 1998, Curling is an Olympic sport. It will be practiced in the ongoing Winter Games in Sotchi, Russia. 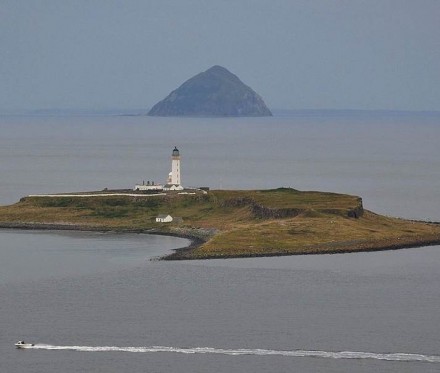 Ailsa Craig is formed from a volcanic plug from an extinct volcano believed to be over 500 million years old. Its shape is as one would expect a vulcano to be: a symmetrical cone of primitive rock thrusts from the sea 10 miles West of the South Ayrshire coastline. It reaches a height of over 1100 feet (433 m) and extends to about 2 miles (3.6 km) in circumference. 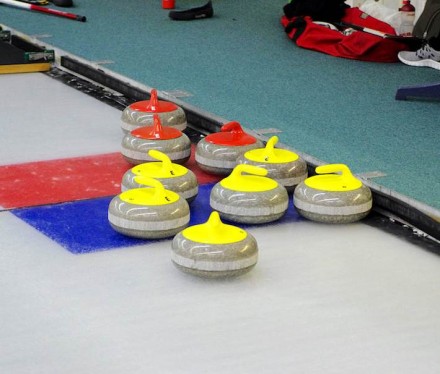 In Curling, stone pieces, also called „rocks“, are slid across ice sheets towards a circular target, the „house“. As is obvious it needs a lot of sensitiveness to give the stone (between 38-44 pounds, 17-20 kg) the right power to make its way. Less easy to understand is the tactics: „It takes years to master the strategy“, insiders say. That’s why they like to call their sport „Chess on ice“.

Each team has set of 8 stones with handles in the same color. Due to its ring-like bottom-side, the stone’s way is not straight but curved so that obstacles may be circumnavigated. Sweeping the ice makes the stone follow a straighter line and gives it a longer move. Pieces which do not reach a certain distance must be taken out of the game, is one of the rules. Winner is the team that brings its pieces closest to the home.

Back to business: the agency to sell Ailsa Craig is Valid Private Islands company based in Hamburg, Germany.

Researchers from Uppsala University in Sweden revealed the mechanism behind the curved path of a curling stone.