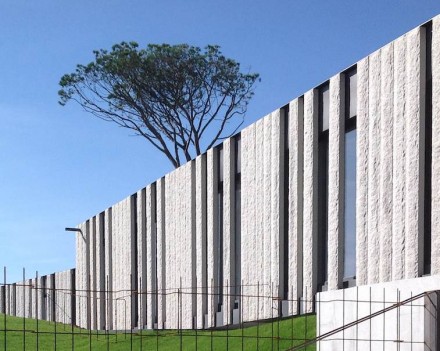 The object for architects went by the name „Pousadas Jardín“ (garden hostels) subtitled: create a hotel project „with a high recognition factor for touristic products“. The municipal government of Pontevedra was the project’s contractor. Pontevedra is situated in Galicia in the north-west of the Iberian Peninsula where stone and wine are characteristic of the land and its people. 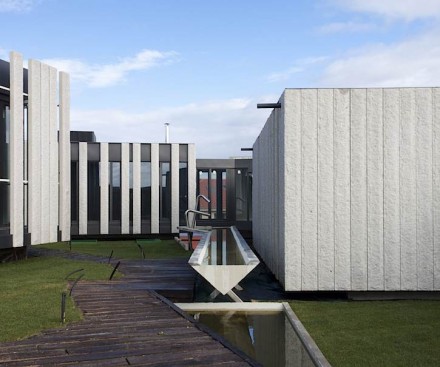 Mauro Lomba and his team of architects created a façade design of the Pousada de Ribadumia a bit mirroring the traditional grapevines, cordons and wine terraces typical of the area. The elements are vertical granite strips, partially mounted one next to the other creating a wall or loosely set up one by one.

We want to mention the size of the over-dimensional stone siding elements straight away: they are 4.40 m high, 33 cm wide and 12 cm thick (and weigh some 470 kg each). 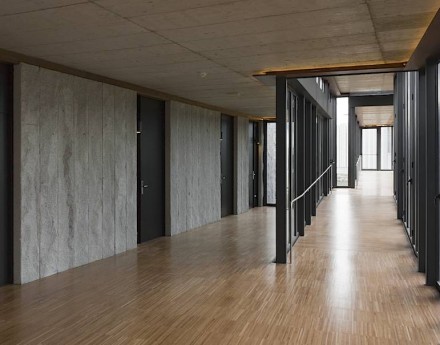 Inside the buildings the slabs are some 3.30 m high. A total of 1068 of them were built into the project.

Among the many spectacular aspects, two are worth special mention: How are such stone slabs produced and how are they mounted?

Of course: one simply takes a stone slab twice as thick and splits it down the middle. But how does go about ensuring that it splits regularly along the entire length?

Mauro Lomba plays down the achievement of the stone masons: „In Galicia there is a very long tradition in stonemasonry which wisely combines the use of new technologies with the utilization of ancient crafting techniques.” Succinctly he adds that one, of course, needs to know which stone is suitable and which is not.

More difficult still is the challenge of finding pieces of the required length. 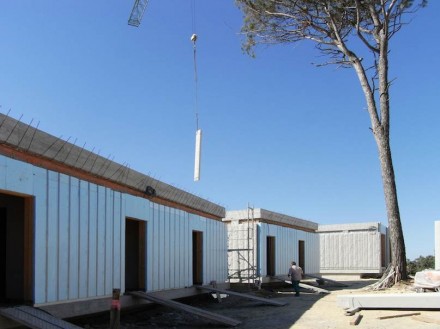 Standing the pieces on end is accomplished with the aid of a crane. 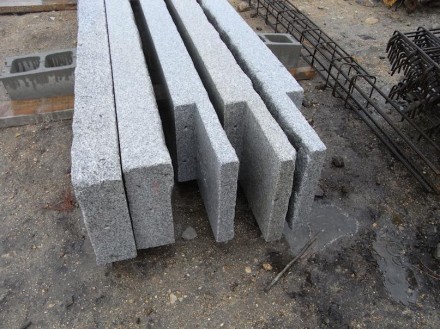 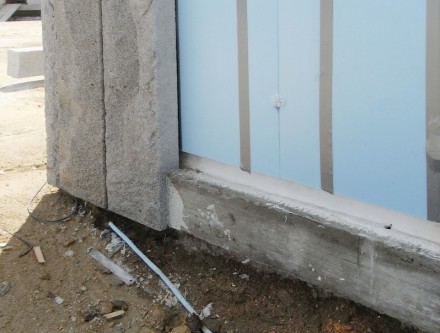 Steel bolts were mounted in the concrete foundation first. Then the stone slabs, into which corresponding holes had been drilled, were carefully lowered unto the bolts. 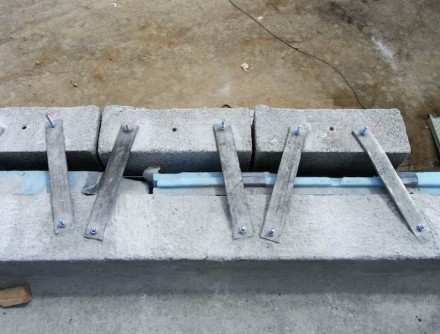 At the top, the slabs were anchored with simple steel bands. Due to the mass of the stone, no further measures were needed to secure the slabs, not even in case of strong winds. 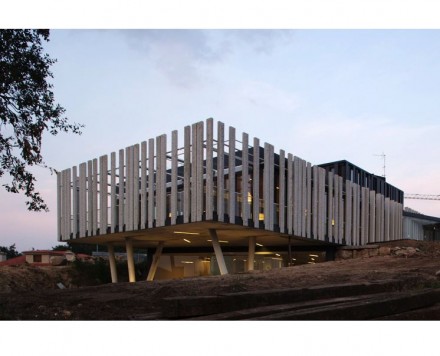 A steel girdle mounted around the terrace of one of the buildings gives hold for the stone slabs. 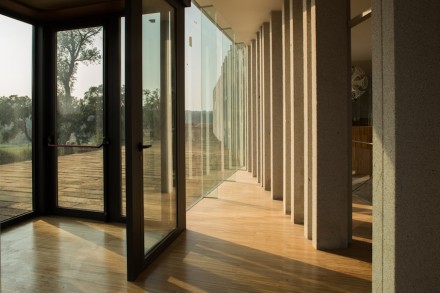 The guest houses are accessible behind glass walls. In summer the walls insulate from the searing heat and in winter the greenhouse effect helps keep in heat.

In closing: how did Mauro Lomba know that such a construction could be built?
First and foremost, Lomba is a child of the region. „In almost every new project the client wants it to be made of stone“ he answered when questioned.

And, he adds, „I have been using stone in my early projects and I always try to get something more than its own eternal nature.”

The project was nominated for the National Architecture Prizes of Spain.

The Pousada de Ribadumia is situated in the parish of the same name in the district of Santo Eulalia. 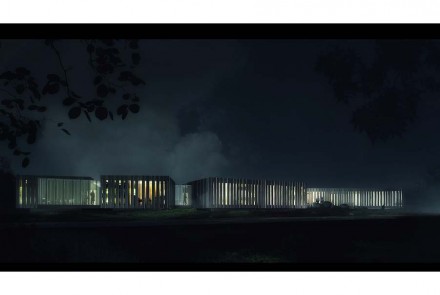