Latest news: Soccer-star Cafu and churrasco to showcase in Xiamen 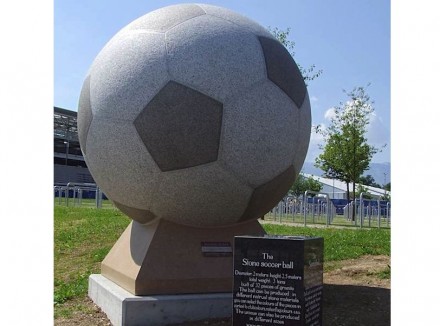 Brazil is preparing special events for this year’s Xiamen Stone Fair (March 6-9, 2014): one is the presence of soccer-star Cafu at the Brazilian area at the trade show. The program is realized in cooperation of Abirochas, the nation-wide stone association, and Apex, the country’s organization for the promotion of exports.

Cafu was part of Brazil’s national soccer team („seleção“) during 4 World Cups winning the title in 1994 and 2002. All in all he played 148 times in the seleção, Abirochas informs in a press release. Cafu, in full name Marcos Evangelista de Moraes, will be temporarily available at the fair for photo shooting and signing autographs.

Just to note: this year, the World Cup will be held in Brazil, starting on June 12th in São Paulo with the match Brazil-Croatia, and ending on July 13th in the new Maracanã-stadium in Rio de Janeiro.

Another special presentation in Xiamen will be a Brazilian restaurant in the outside area of the fair. For exhibitors’ guests will be served the traditional „churrasco“ which is the country’s style of barbecue.

According to the press release, talks are planned between Brazilian and Chinese authorities. The aim is to make China take back its taxes on importation of finished and semi-finished products. These tariffs are up to 25%. Abirochas writes that it hopes to create more value from the roughly 1 million tons (worth 200 million US-$) in blocks which it had shipped to China in 2013.

Yet: the Brazilians are not the first to come up with that topic.

The Brazilian exhibition area at the Xiamen fair will occupy 720 m2 in the internal area and 400 m2 in the external field of the international pavilion, comprising 32 companies, and showcasing at least 400 varieties of its stone materials.

By the way: This year’s fair will see again the Lundhs Cup a tournament of soccer amateurs from international stone companies. It was initiated in 2012 by the Norwegian company Lundhs.