Avoid bugging-operations, even those of the US-American NSA 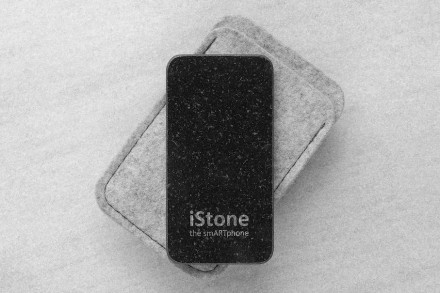 The product description is convincing: reception is ideal all over the globe even on the peak of the highest mountain or the depth of the deepest ocean, and nobody – not even the US-American NSA – can bug this phone. Swiss sculptor Horst Bohnet has introduced „iStone“ on the market – a black granite work of art subtitled „the smARTphone“.

The device has another practical value: automatically recharged prepaid phone-time is included in the price according to the artist. Its functions are self-explanatory. 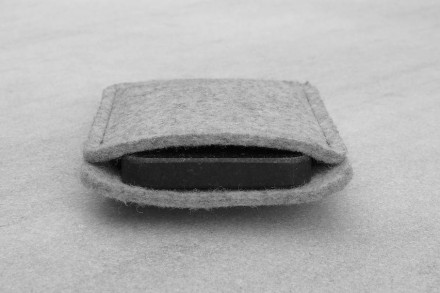 The idea was born in 2013 on the occasion of the National Holiday for which the township of Buchs in the Swiss Canton of Zurich commissioned Bohnet to write a speech. Bohnet was surprised, he writes: what could he contribute to his contemporaries?

But since sculpting is always about communication, media as a theme was born which, in turn, brought him to come up with the iStone.

What we need most today, according to Bohnet, are moments WITHOUT communication: time to relax and reflect on nature, quiet time… Bohnet, it is obvious, is a protagonist of deceleration.

The idea is not entirely new. Back in 1850 when the railroad began bridging distances and seemingly accelerating time, Henry David Thoreau retreated to his plot of land in the US-State of Massachusetts and wrote „Walden. Or life in the Woods“, which significantly influenced the 1970’s ecology movement.

Bohnet’s product is, no doubt, a luxury item – not solely due to its price or the stone itself: but rather precisely because it allows the owner to reach for the mobile phone without forcing him to intake of information. 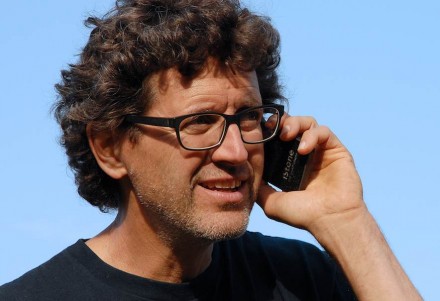 Man and iStone continue to be perceived as a modern being – in peace.

The irony is that Bohnet sells his iStone via internet only at a price of 88 Swiss Fr (approx. 72€, or 99 US-$) including a felt pouch, plus cost of shipping.

P.A.: another book by Thoreau is „Civil Disobedience“, in which readers found important tips and inspiration on peaceful resistance.