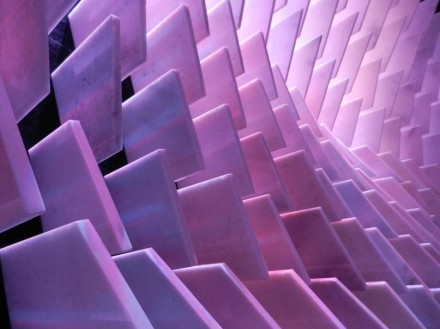 Once again, Turkey’s export market in natural stone leapt forward: 2013 saw increases of +17.02% by value and +6.92%% by tonnage. The figures sum up to a total of 2.225 billion US-$ and 8.441 million t according to statistics of the IMIB (Istanbul Mineral Exporters Association).

But the mere figures are not necessarily the whole story behind the strength of a branch of economic activity. More important still are the figures relating to raw material and the manufacturing value which remains in the country’s economy marked by export figures in value-added products.

Turkey shows strong potential. In Arab countries and countries belonging to the former Soviet Union, Turkey has already built a number of complexes such as hotels, luxury villas with natural stone décor.

Turkish government is set on increasing these figures, as was the message delivered by Prime Minister Erdoğan at a recent inaugural speech for a production site.

Signs are positive for an increase in production of raw material. The government has introduced the so-called „Solution Process“ aimed at resolving the Kurdish conflict in Turkey’s region of Anatolia peacefully. Quarrying and geological surveying has suffered greatly under the conflict and political instability going all the way to bombings. Recent local production made up 15% of the total according to a report by Anadolu Agency.

Maybe Turkey will overtake India and place second in the world producers. India’s natural stone association recently reported that negative export figures of 10-15% percent are expected next year. Figures for 2012 are shown in the table below. 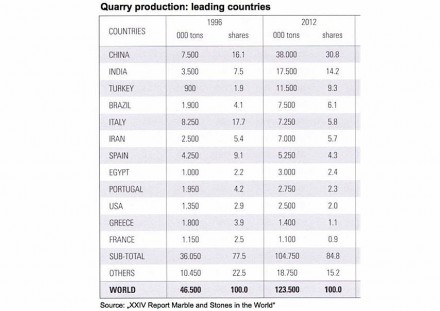