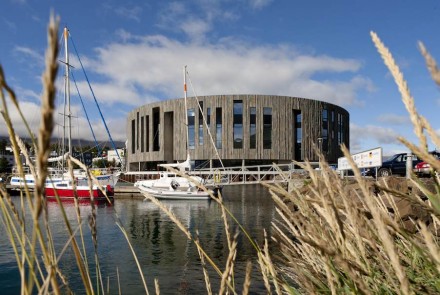 The islet of Grímsey, Iceland’s northernmost inhabited territory amalgamated with Akureyri – the city we are visiting this time – some five years ago. It is situated within the polar circle, and Akureyri landscape is accordingly rugged. But that is part of its charm and makes the port-city a special attraction for cruise ships calling on the Eyjafjörður Fjord, which gouges deep into Iceland’s north coast and disembogues into Akureyri (Icelandic: Akureyrarkaupstaður).
Akureyri’s cultural center, is constructed in the shape of a drum and clad in Studlaberg granite, and is an eye catcher for disembarking visitors. 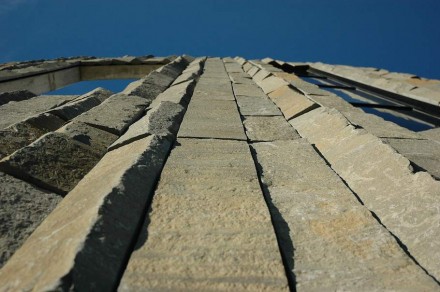 The façade looks as if it had been mounted by giants – … 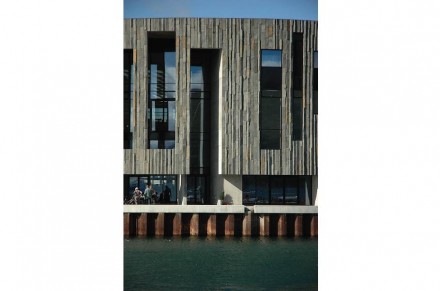 … an impression reinforced by the high narrow windows, which were built for optimal natural lighting inside.
The drum was chosen as a symbol of Grímsey‘s amalgamation with the Akureyri’s 17,000 denizens.
The interior of the building offers seating for 600 for concerts and official functions and even includes a tourist center. 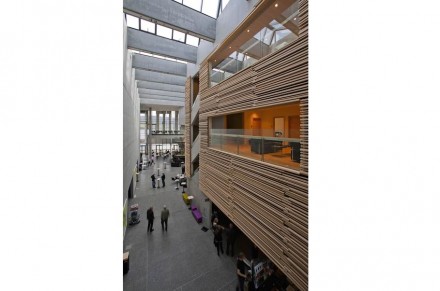 The interior of the drum is impressive: … 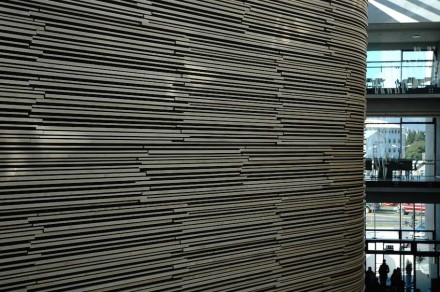 … the street leading from the city to the port, is extended optically by the wood siding which gives the impression of a narrow passage or hollow-way. Fissures in the façade reflect the passage of the street.
There is a café on the water front and a restaurant seating some 120 spread over 2 floors and is open to the public even when no attraction is taking place inside. The terrace offers a breath-taking view of the Fjord in the summer months.

Designers were Denmark’s Arkitema architects. Akureyri is one of three such cultural centers planned by the minister of cultural affairs together with the municipalities. 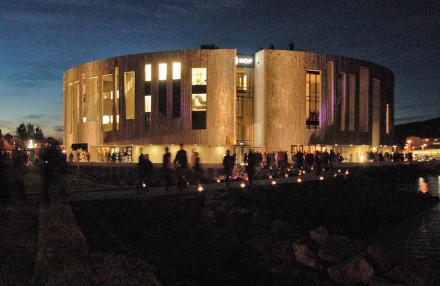